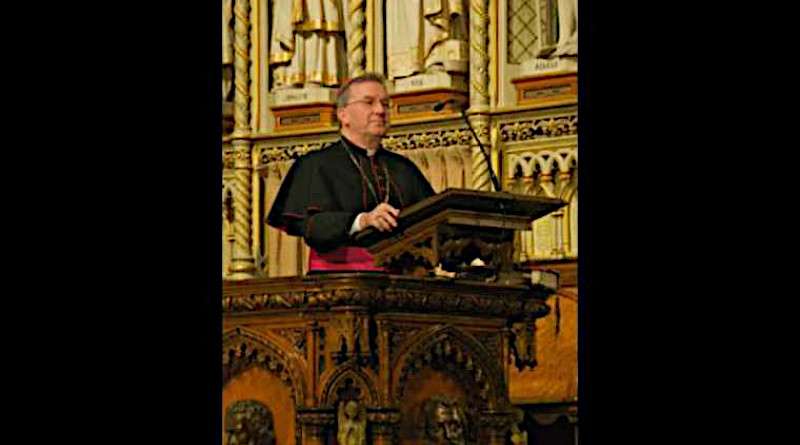 A retired Vatican diplomat accused of sexual assault while in office is due to appear before the Paris criminal court in November.

Archbishop Luigi Ventura resigned as nuncio to France in December 2019 at the age of 75. He had served in the post 10 years.

Ventura was accused of inappropriately touching a young male staffer of Paris City Hall in January 2019.

It was confirmed to CNA July 23 by Vincent Plumas, deputy prosecutor and press manager of the office of the public prosecutor of Paris, that Ventura “should appear before the Paris Criminal Court for acts of sexual assault on November 10.”

The Vatican revoked Ventura’s diplomatic immunity in July 2019, paving the way for a trial in French courts.

Ventura has been living in Rome since September last year, according to French news agency I. Media.

He was first accused in early 2019 of inappropriately touching a staffer at a Jan. 17, 2019, reception for the New Year address of Paris mayor Anne Hidalgo. The accusation was then investigated by Parisian authorities for several months.

After the initial allegation was made against Ventura, he faced a second accusation of sexual misconduct against an adult male relating to his time in Canada in 2008. He has denied the allegations.

Christian Vachon, who was 32 at the time of the alleged incident, claims Ventura touched his buttocks at least twice during a banquet held at the Basilica of Sainte-Anne-de-Beaupré, near Quebec.

Ventura was ordained a priest of the Diocese of Brescia in 1969. He entered the diplomatic service of the Holy See in 1978 and was stationed in Brazil, Bolivia, and the UK. From 1984 to 1995 he was appointed to serve at the Secretariat of State in the Section for Relations with States.

After his episcopal consecration in 1995, Ventura served as nuncio to Ivory Coast, Burkina Faso, Niger, Chile, and Canada. He was appointed apostolic nuncio to France in September 2009.