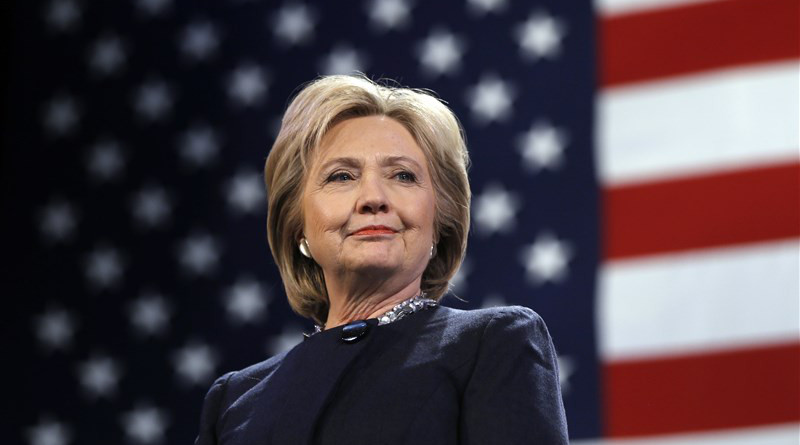 Donald Trump is “denigrating” our “democracy,” said Hillary Clinton in the October 19, 2016 presidential debate, responding to Trump’s statement that he may not accept a possibly fraudulent election’s outcome. Since that election, Clinton has by her own professed standard been doing nothing but denigrating our system — and now she’s at it again.

“Don’t forget, Joe and Kamala can win by three million votes and still lose. Take it from me,” said she during her Wednesday Democratic National Convention speech. “So we need numbers overwhelming, so Trump can’t sneak or steal his way to victory,” she continued (video below).

This has been a recurring Clinton theme. Aside from her many excuses for losing in 2016, as she made herself Stacey Abrams’s archetype, is the implication that she’s the election’s true winner because she captured the popular vote. Spouting this destructive rhetoric makes her worse than just the unstable person Johnson characterizes her as above — it reveals her as a malevolent child.

Something necessary for true civilization is governance by rule of law, part of which is abiding by election outcomes that accord with established and long-accepted laws. Even children instinctively grasp this concept.

As a few readers know, I once was a serious competitive tennis player. After quitting the satellite circuit (tantamount to baseball’s minor leagues), I taught the game for many years, and among my duties was running a children’s “match play” program.

Now, in tennis, you can actually win more games than your opponent but lose the match (example: being defeated 6-0, 6-7, 6-7, which gives you 18 games to the other player’s 14). Never, though, in all my years in the sport, did I ever see even the smallest, most immature child lose under such circumstances and protest, “I really won!” You knew the rules, you accepted the rules, so you accepted an outcome determined under them.

This said, most children are immature, but not malevolently Machiavellian. This brings us back to callow Clinton. “That’s horrifying,” she exclaimed during the aforementioned 2016 debate in response to Trump saying he would “look at it at the time” before revealing whether he’d accept the election’s outcome.

“Let’s be clear about what he is saying and what that means, she continued. “He is denigrating — he is talking down our democracy. And I am appalled that someone who is the nominee of one of our two major parties would take that position” (video below).

Now, it’s no surprise the Democrats despise the Electoral College; after all, Republicans have won the popular vote only once in the last 28 years (G.W. Bush, 2004). It’s okay to propose an amendment to switch to a popular-vote system, too (though I adamantly oppose it), as this is using our republic’s established mechanisms to effect change, lawfully.

But throwing a tantrum and questioning legitimate outcomes is something else entirely. Note that there’s no comparison between Trump’s and Clinton’s attitudes. Trump was warning that vote fraud was a reality and that, for this reason, it might be necessary to sometimes challenge electoral outcomes.

In contrast, Clinton has questioned the 2016 electoral outcome citing imaginary boogeymen (Russia!) and her having won the popular vote.

In reality, contesting a fraudulent election can strengthen our republic by encouraging the rule of law and attacking the fraud.

Contesting an election won under long established standards undermines our republic by “denigrating” the rule of law and attacking the system itself.

Moreover, the truth is the opposite of Clinton’s claims: While Trump’s Electoral College victory is absolutely legitimate, there is question as to Clinton’s popular vote margin because vote fraud is rampant.

Oh, don’t take my word for it. Just consider what NYC’s then-election commissioner, Democrat Alan Schulkin, revealed on hidden video in 2016. “I think there’s a lot of voter fraud,” he admitted, as he talked about how people are “bussed” around to vote illegally (video below).

This was followed by a Project Veritas sting video showing a Democrat operative named Scott Foval giving advice on committing the fraud, saying it has been going on for 50 years and that it “doesn’t matter what the friggin’ legal and ethics people say; we need to win this m****rf****r” (video below. Warning: vulgar language).

It’s not hyperbole to characterize Clinton and other leftists as childish, for such people never matured spiritually, philosophically and morally. The problem is that they can’t be corrected with a spanking, and when they have enough power, well, you might as well then be governed by the malevolent, sociopathic little girl in the Bad Seed.