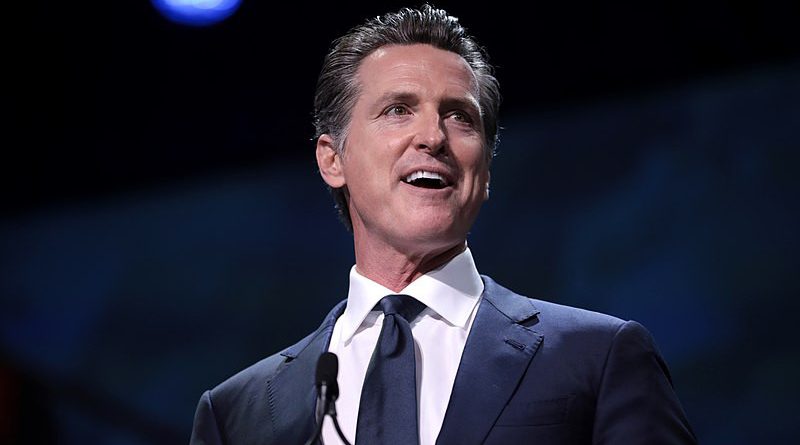 I voted and campaigned against the recall of California Governor Gray Davis in 2003 and, as a rule, oppose the recall of politicians, except in extreme circumstances.

But today California finds itself in extreme circumstances. I am thus voting for the recall of Governor Gavin Newsom. I am doing so as an individual, not as a representative of any organization or coalition. And I am doing so because because I believe our civilization and our humanity depend on it.

Many people outside of California still do not understand the daily horror and chaos in our state. Picture:

—    a half-dressed women in a psychotic state, and still with a hospital identification band on her wrist, abandoned on a sidewalk in downtown Los Angeles, where she is likely to be raped;

—    a bright and creative 14-year-old boy in Orange County found dead on the floor of his bedroom by his mother after he took what he thought was an oxycodone but turned out to be fentanyl;

—    a mother desperately trying to save her homeless son from death by fentanyl on the streets of San Francisco and not being able to because California’s leaders and institutions are against her.

Those are all real people in current, real-world situations that our governor has proven, first as mayor, then as lieutenant governor, and now as governor, unwilling, or unable, to address.

This isn’t just a California problem. Most of the people we call “homeless” suffer from untreated mental illness and drug addiction. Illicit drug deaths nationally rose from 17,000 in 2000 to 93,000 last year, up from 71,000 in 2019. We are living through two drug epidemics simultaneously, one from opioids, and the other from meth. Each is over 30 years in the making.

But the situation is the worst in California. The number of homeless people in California rose 31% over the last 10 years even as the number of homeless in the rest of the U.S. declined 18 percent. Where New York City shelters 95% of its homeless, California cities shelter one-third. Because Californians decriminalized three grams of even fentanyl and meth, and shoplifting under $950 worth of goods, prosecutors do not prosecute, police do not police, and residents do not report many crimes.

California’s leaders are turning the state into a third world nation complete with shantytowns. Somewhere around half of all fires in Los Angeles and the Bay Area are in tent cities and shantytowns euphemistically referred to as “homeless encampments.” In them, the strong are allowed to prey upon the weak. Many of the fires are started deliberately as revenge and retaliation for violence and crime.

The killing of our children and family members by illicit drugs, our mistreatment of the mentally ill, and the chaos in our streets are not the only issues threatening our civilization. For example, rather than rethinking his opposition to nuclear energy, which many Democrats have done over the last decade, Newsom is moving forward with plans to shut down Diablo Canyon nuclear plant, which provides power to three million people, even as he permits the burning of dirty diesel fuel to avoid blackouts for 2.5 million people.

Rather than address racial disparities the governor’s appointees are lowering educational standards for all children. Most nations, including developing ones like Zimbabwe, require students to have three or more years of algebra, and require students seeking science and technology careers to have five. But the governor’s appointees on the State Board of Education’s Instructional Quality Commission recently recommended that public school students should take the same math classes in middle school through their sophomore year of high school instead of allowing high-achieving students to take advanced or even traditional math courses starting in the sixth grade.

And rather than put forest management on war-time footing, Newsom in 2019 actually cut the budget for forest fire prevention, which resulted in a full halving of the forest area treated for fire in 2020, all while accusing his political opponents of climate denial, and suggesting that the deployment of weather-dependent renewable energy will somehow address the state’s high-intensity forest fires.

But the main reason to recall Newsom is for his actions and inactions on drug deaths, open air drug markets, and homelessness. We shut down our mental hospitals a half century ago because we thought they were cruel, but few were as cruel as enabling mentally ill people to inject, smoke, and die from the most addictive, intoxicating, and deadly drugs in the world by providing them the money, the equipment, and the tents and hotel rooms in which to do it.

All civilized societies address addiction, open air drug dealing, homelessness, and untreated mental illness the same way. They build sufficient hospitals, residential care facilities, and shelters for their mentally ill, drug addicted, and homeless citizens, and require them to use them. They disallow public camping, public defecation, and open-air drug dealing and drug use. They offer drug treatment and psychiatric care as an alternative to jail, not as optional, to people who break the law. They send out mobile psychiatric and addiction care vans to get mentally ill, drug-addicted, and law-breaking citizens off the street. They make individual studio apartments a reward for sobriety, or progress toward one’s personal plan, not a “right” to everyone who demands one. And they don’t allow drug dealers to sell deadly drugs on sidewalks, in parks, or on-line.

Everybody knows this, including Gavin Newsom, who is advised by the best mental health care and addiction professionals in the world. And yet he recently doubled down on the exact same policies that created the humanitarian disaster first place. Why? In part because he wants to be president. And to be president, he believes he needs the political endorsements and campaign contributions from the ACLU, George Soros, and other interest groups that helped create the current crisis.

It is true that Newsom inherited a mess. Street drug addiction, camping in public, and the failure of our mental health system have been worsening for 30 years. The system is doomed to fail because the problem cannot be solved by counties.

But Newsom more than any other politician created the disaster, first as Mayor of San Francisco, then as Lieutenant Governor, and now has governor. It was Newsom who, in 2004, embraced the “Housing First,” anti-shelter agenda, which diverted money from building sufficient shelters to $1 million studio apartment units. It was Newsom who has failed to fix our state’s mental illness treatment system, despite his grandiose promises of single payer health care when he ran for governor in 2018. And it has been Newsom who has refused to act against the drug dealers on street corners and on Snapchat who are killing our children.

People rightly worry about mass incarceration, but if we shut down deadly drug markets, provide sufficient shelter, and treat the mentally ill, we won’t need mass incarceration because our cities won’t be overwhelmed with crime.

People rightly worry about the cost, but there is plenty of money. California has the highest income tax, highest gasoline tax, and highest sales tax in the United States. It spends significantly more than other states on homelessness and mental illness. We have a $80 billion budget surplus. And yet we have the worst outcomes.

Newsom and others have misled the California people. They have acted helpless as the disaster has grown worse. But this is a solvable problem. There are no technical or financial obstacles to right action, there are only political ones. And the main one can be addressed by recalling the governor.

I have been a Democrat and progressive for all of my adult life. I voted for Joe Biden and Kamala Harris. I support single-payer health care, high progressive taxes, and subsidized housing. I have never voted for a Republican.

But the candidate most qualified to address the chaos is former San Diego Mayor Kevin Faulconer, the only person running who has dealt with the crisis directly as an elected official. After 20 people died from a Hepatitis A outbreak, Faulconer responded to shelter the homeless, provide mental health care, and address addiction. He was limited in what he could do, but he sought practical measures, including working with both Democrats and Republicans, to get them done.

San Diego still suffers from open air drug scenes, deaths, and homelessness because the problem can’t be solved at the county level. Shelter, mental illness, and addiction care must be provided at a state-level, to reduce costs, increase accountability, and eliminate bureaucratic waste. Shutting down deadly drug dealing must involve law enforcement from across the state and thus be coordinated by the governor.

And Faulconer has taken the right position on other issues. He has said, for example, that he would keep Diablo Canyon nuclear plant operating. And he has promised to get forest management, to prevent high-intensity fires, on wartime footing.

If the recall passes, whoever is elected will need to run in next June’s open primary and, if successful, in next November’s run-off election. Until then, the governor will have several months to demonstrate progress, and explain his plan. If he fails to rise to the moment, voters can replace him with someone who can.

We are living through extreme circumstances, but only extreme circumstances can bring out the best in us. In addressing the drug crisis California can lead the rest of the U.S. in confronting a problem that has only worsened for 20 years. We can solve these problems, save our state, and repair our nation.

A vote for the recall is a vote for your conscience. All of us who live in this state are stained by the crisis. We must act to save our children, our fellow citizens, and cities. That starts with recalling Newsom from office.