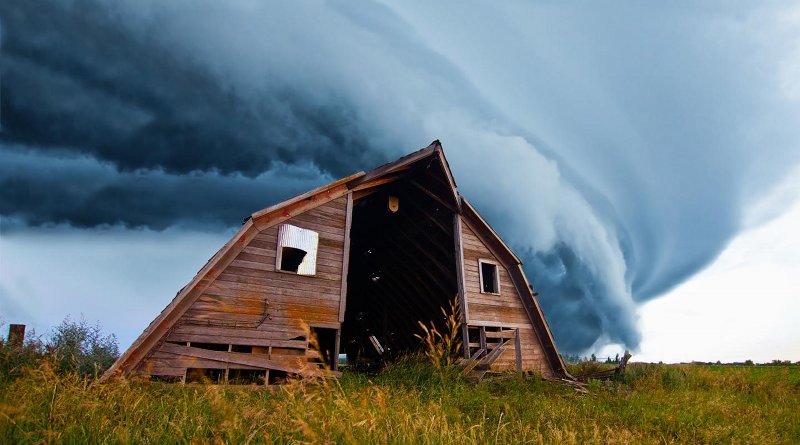 More people die during tornadoes in the Southeast than anywhere else in the United States. And still, a lot of people have misconceptions about their risk of being impacted by tornadoes, according to a new study published in PLOS One by researchers at the University of Tennessee, Knoxville.

“There are many myths about tornado protection. Some of them are very ingrained in our communities and can endanger people,” says Kelsey Ellis, a climatology and meteorology professor in the Department of Geography, and coauthor of the study.

For the research, Ellis conducted a phone survey of 800 Tennessee residents. They were asked if and how they received tornado warnings, what actions they take when they get one, and what they know about the likelihood of a tornado happening in their community.

In East Tennessee, 90 percent of people surveyed believe they are somewhat protected by the Great Smoky Mountains.

Furthermore, similar misconceptions were repeated in other parts of the state. In West Tennessee, for example, people reported believing that the Mississippi River would protect them against tornadoes.

“The truth is that scientists don’t know yet how hills affect tornadoes. And rivers offer no protection at all,” Ellis said.

These misconceptions can cause significant damage to communities that believe they are protected, with many residents choosing to ignore tornado alerts.

“In East Tennessee, particularly, we don’t get that many tornado alerts, so we have no reason to ignore them when we do get a warning,” Ellis said.

Ellis recommends people take tornado warnings seriously. The rule of thumb is to get inside a sturdy shelter with as many walls separating people from the storm as possible. Those in mobile homes should evacuate immediately after receiving a tornado alert, Ellis said.

Home » Many Tennesseans Are Misinformed About Tornado Protection