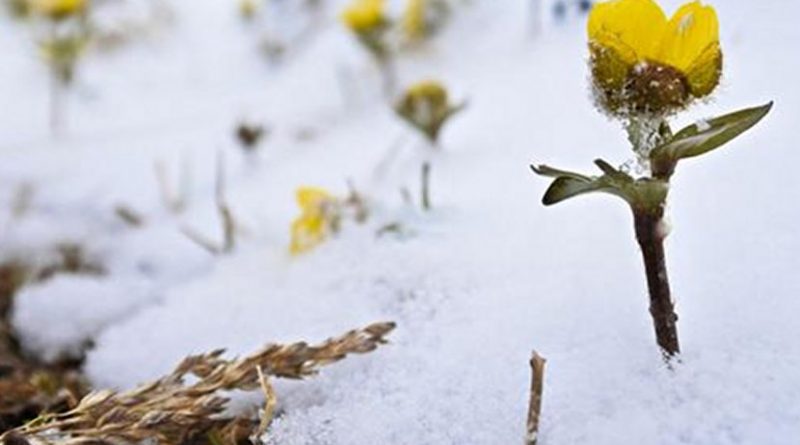 Many of the plants inhabiting northern mountains depend on the snow cover lingering until late spring or summer. Snow provides shelter for plants from winter-time extreme events but at the same time it shortens the length of growing season, which prevents the establishment of more southern plants. This is why the reduced snow cover may be an even larger threat to the Arctic plants than rising temperatures.

In a study published in the renowned scientific journal Nature Climate Change, researchers from the University of Helsinki and the Finnish Environment Institute analysed how projected changes in temperature and snow cover duration will affect the risk for extinction in northern flora. The results show that many plant species can benefit from a warmer climate, but the rapidly receding snow cover may irradicate a large part of the flora typical to northern mountains. Many of these species are already endangered, which makes their conservation an urgent challenge.

“Though the significance of snow is widely recognised, winter conditions are often ignored when studying the northern and mountainous areas,” said Doctoral Student Pekka Niittynen from the University of Helsinki.

Gathering data in the winter used to be very difficult but remote sensing and satellite imaging have enabled detailed monitoring of the snow cover since the 1980s.

With the help of remote sensing and species distribution models, we showed that winter has an enormous significance for northern nature and the future of its organisms, says Niittynen.

Many Arctic and mountain plants are specialised to grow and flower during very short summer. If snow cover duration shortens and summers lengthen, more southern species benefit and can compete the Arctic species to extinction.

According to the researchers, the climate of northern areas is changing more rapidly than in the rest of the world, and these changes are especially forceful during winter. This makes the current results all the more significant.

Hard to predict the effect of warming on snow cover

“We are worried that we don’t know exactly how the snow will change as the climate warms up. We can predict temperatures fairly accurately, but it’s more difficult to predict rainfall. With snow, it is even more uncertain. In parts of Siberia, for example, the amount of snow may increase due to more precipitation during winter, but the snow cover duration in the Northern countries is predicted to become much shorter,: Pekka Niittynen said.

“Our findings show that the future changes in northern species populations may be abrupt, giving rise to ecological surprises that are hard to predict, such as fast eradication of populations in some places and the invasion of flexible species into new places,” said Senior Researcher Risto Heikkinen from the Finnish Environment Institute.

“Many iconic species of the Arctic areas, such as the glacier buttercup, will decrease significantly thanks to the changing snow situation,” said Miska Luoto, professor of natural geography, University of Helsinki.

Many of the species in the northern mountains only thrive in areas with snowdrifts.

“Decreasing drifts will increase the risk for extinction for plants like the snow buttercup, mountain sorrel, and mossplant.”

The newly published research focuses on plants, moss, and lichen, but the results will probably apply to many other organism populations in the Arctic. Many of the Arctic species are threatened by extinction if the species dependent on snow have no suitable areas in the vicinity where the snow cover will stay on the ground long enough in future. The means of adapting to changes in the snow coverage in Arctic areas may be few in practice. This is why the mitigation actions against climate change are vital for the preservation of northern nature.