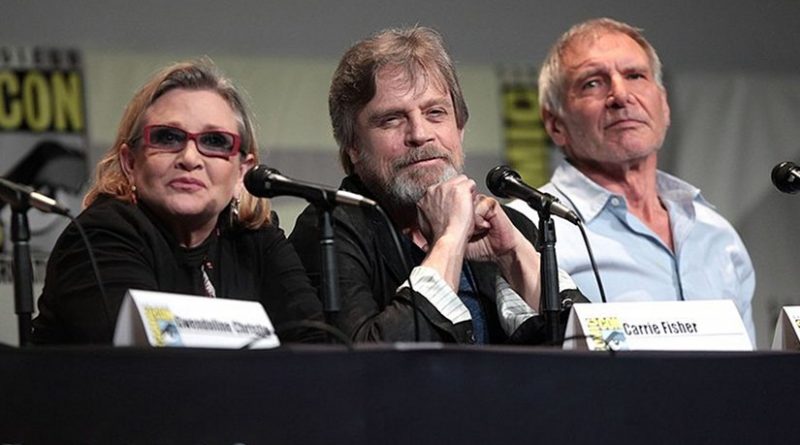 Star Wars’ actress Carrie Fisher was in critical condition Friday after suffering a “cardiac episode” during a flight from London to Los Angeles, according to airline and emergency officials.

Fisher, 60, was rushed to the hospital by Los Angeles Fire Department paramedics shortly after noon, after her 11-hour flight touched down at LAX.

A source who was not authorized to discuss the incident said the actress was “in a lot of distress on the flight.”

A statement released by United Airlines said that medical personnel met Flight 935 from London on arrival after the crew reported a passenger was unresponsive.

“Our thoughts are with our customer at this time,” the statement read.

Just prior to arrival, a pilot told the control tower that passengers who were nurses were attending to another “unresponsive” passenger.”

“So they’re working on her right now,” the pilot said in a public recording of the conversation on liveatc.net.

According to the LAX Police Department, officers responded to Terminal 7 around 12:15 p.m., for a call of a female passenger in cardiac arrest. On arrival, they found paramedics performing CPR on the victim, according to Officer Alicia Hernandez.

Fisher, who rose to stardom as Princess Leia, recently published an autobiography titled the “Princess Diarist,” her eighth book.

She is the daughter of famous Hollywood couple Debbie Reynolds and Eddie Fisher.