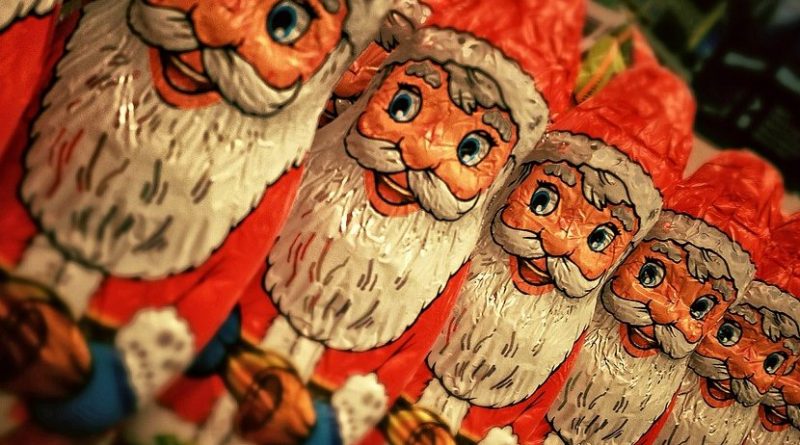 It feels as if government Grinches and corporate Scrooges have been working overtime to drain every last drop of joy, kindness and liberty from the world.Battlefield America: T…John W. WhiteheadBest Price: $6.30Buy New $18.80(as of 08:15 EST – Details)

After endless months of gloom and doom, it’s hard not to feel like Charlie Brown in A Charlie Brown Christmas as he struggles to feel happy and find the true meaning of Christmas in the midst of rampant commercialism, political correctness and the casual cruelty of an apathetic, self-absorbed, dog-eat-dog world.

Then again, isn’t that struggle to overcome the darkness and find the light within exactly what Christmas—the celebration of a baby born in a manger—is all about? The reminder that we have not been forgotten or forsaken. Glad tidings in the midst of hard times. Goodwill to counter meanness. Innocence in the face of cynicism. Hope in the midst of despair. Comfort to soothe our fears. Peace as an answer to war. Love that conquers hate.

As “fellow-passengers to the grave,” we all have a moral duty to make this world (or at least our small corners of it) just a little bit kinder, a little less hostile and a lot more helpful to those in need.

No matter what one’s budget, religion, or political persuasion, there is no shortage of things we can each do right now to pay our blessings forward and recapture the true spirit of Christmas.

For starters, move beyond the “us” vs. “them” mentality. Tune into what’s happening in your family, in your community and your world, and get active. Show compassion to those in need, be kind to those around you, forgive those who have wronged you, and teach your children to do the same. Talk less, and listen more. Take less, and give more. Stop being a hater. Stop acting entitled and start being empowered. Learn tolerance in the true sense of the word. Value your family. Count your blessings. Share your blessings. Feed the hungry, shelter the homeless and comfort the lonely and broken-hearted. Bridge bridges, and tear down walls. Stand for freedom. Strive for peace.

One thing more: make time for joy and laughter. Shake off the blues with some Christmas tunes, whatever fits the bill for you, be it traditional carols, rollicking oldies, or some rocking new tunes. Watch a Christmas movie that reinforces your faith in humanity.

Here are ten of my favorite Christmas movies and music albums to get you started.

It’s A Wonderful Life (1946). An American classic about a despondent man, George Bailey who is saved from suicide by an angel working to get his wings. This film is a testament to director Frank Capra’s faith in people. Sublime performances by James Stewart and Donna Reed.

The Bishop’s Wife (1947). An angel comes to earth in answer to a bishop’s prayer for help. Cary Grant, David Niven and Loretta Young help energize this tale of lost visions and longings of the heart.

Miracle on 34th Street (1947). By happenchance, Kris Kringle is hired as Santa Claus by Macy’s Department Store in New York City for the Thanksgiving Day Parade. Before long, Kringle, who believes himself to be the one and only Santa Claus, has impacted virtually everyone around him. Funny, witty and heartwarming, this film is stocked with some fine performances from Maureen O’Hara, John Payne and young Natalie Wood. Edmund Gwenn won the Academy Award for best supporting actor for his role as Saint Nick.

A Christmas Carol (1951). This is the best film version of the penny-pinching Scrooge’s journey to spiritual enlightenment by way of visits from supernatural visitors. Alastair Sim as Scrooge gives one of the finest film performances never to win an Oscar. The Man Who Invented Christmas (2017) provides a wonderful glimpse into how Charles Dickens came to write A Christmas Carol.

A Christmas Story (1983). Ralphie is a young boy obsessed with one thing and only one thing: how to get a Red Ryder BB-gun for Christmas. Ralphie’s parents are wary, and his mother continually warns him that “you’ll shoot your eye out.” Based on Jean Shepherd’s autobiographical book In God We Trust, All Others Pay Cash, at the heart of this timeless comedy is the universal yearning of a child for the magic of Christmas morning. A great cast, which includes Darren McGavin, Peter Billingsley, Melinda Dillon and a voice-over narrative by Shepherd himself.

One Magic Christmas (1985). If you grew up in a family where times were tough, this film is for you. A guardian angel comes to earth to help a disillusioned woman who hates Christmas. This tale of redemption and second chances is a delight to watch. And Harry Dean Stanton makes a first-class offbeat angel.

Prancer (1989). This story of an eight-year-old girl who believes that an injured reindeer in her barn is actually one of Santa’s reindeer is one of the most down-to-earth Christmas films ever made. It’s a testament to the transforming power of love and childhood innocence. Sam Elliott and Cloris Leachman are fine in supporting roles, but Rebecca Harrell shines. Filmed on location in freezing, snowy weather, this film is a treat for those who love Christmas.

Home Alone (1990). Eight-year-old Kevin, accidentally left behind at home when his family flies to Paris for Christmas, thinks he’s got it made. Hijinks ensue when two burglars match their wits against his. A funny, tender tribute to childhood and the bonds of family.

Elf (2003). Another modern classic with a lot of heart. Buddy, played to the hilt by Will Ferrell, is a human who was raised by elves at the North Pole. Determined to find his birth father, Buddy travels to the Big Apple and spreads his Christmas cheer to everyone he meets. This film has it all: Santa, elves, family problems, humor, emotion and above all else, a large dose of the Christmas spirit. One of the best Christmas movies ever made.

The Christmas Chronicles (2018). The story of a sister and brother, Kate and Teddy Pierce, whose Christmas Eve plan to catch Santa Claus on camera turns into an unexpected journey that most kids could only dream about. Kurt Russell’s star turn as Santa makes for movie magic.

Now for the music.

Out of the hundreds of Christmas albums I’ve listened to over the years, the following, covering a broad range of musical styles, moods and tastes, each in its own way perfectly captures the essence of Christmas for me.

It’s Christmas (EMI, 1989): 18 great songs, ranging from John Lennon’s “Happy Xmas (War Is Over)” to Bing Crosby’s “White Christmas.” The real treats on this album are Greg Lake’s “I Believe in Father Christmas,” Kate Bush’s “December Will Be Magic Again” and Aled Jones’ “Walking in the Air.”

Christmas Is A Special Day (The Right Stuff, 1993): 12 fine songs by Fats Domino, the great Fifties rocker, ranging from “Amazing Grace” to “Jingle Bells.” The title song, written by Domino himself, is a real treat. No one has ever played the piano keys like Fats.

Christmas Island (August/Private Music, 1989): “Frosty the Snowman” will never sound the same after you hear Leon Redbone and Dr. John do their duet. Neither will “Christmas Island” or “Toyland” on this collection of 11 traditional and rather offbeat songs.A Government of Wolves…John W. WhiteheadCheck Amazon for Pricing.

A Holiday Celebration (Gold Castle, 1988): The classic folk trio Peter, Paul & Mary, backed by the New York Choral Society, sing traditional and nontraditional holiday fare on 12 beautifully orchestrated songs. Included are “I Wonder as I Wander,” “Children Go Where I Send Thee,” and “The Cherry Tree Carol.” Also thrown in is Bob Dylan’s “Blowin’ in the Wind.”

The Jethro Tull Christmas Album (Fuel Records, 2003): If you like deep-rooted traditional holiday songs, you’ll love this album. The 16 songs range from “God Rest Ye Merry Gentlemen” to Ian Anderson originals such as “Another Christmas Song” and “Jack Frost and the Hooded Crow.” With Anderson on flute and vocals, this album has an old world flavor that will have you wanting mince pie and plum pudding.

Songs for Christmas (Asthmatic Kitty, 2006): In 2001, independent singer/songwriter Sufjan Stevens set out to create a Christmas gift through songs for his friends and family. It eventually grew to a 5-CD box set, which includes Stevens’ original take on such standards as “Amazing Grace” and “We Three Kings” and some inventive yuletide creations of his own. A lot of fun.

Before you know it, Christmas will be a distant memory and we’ll be back to our regularly scheduled programming of politics, war, violence, materialism and mayhem.

As I make clear in my book Battlefield America: The War on the American People, there may not be much we can do to avoid the dismal reality of the American police state in the long term—not so long as the powers-that-be continue to call the shots and allow profit margins to take precedence over the needs of people—but in the short term, I hope you’ll do your part to “spread a smile of joy” and “throw your arms around the world at Christmastime.”

Home » War Is Over If You Want It: Pointers For Spreading Some Christmas Cheer – OpEd