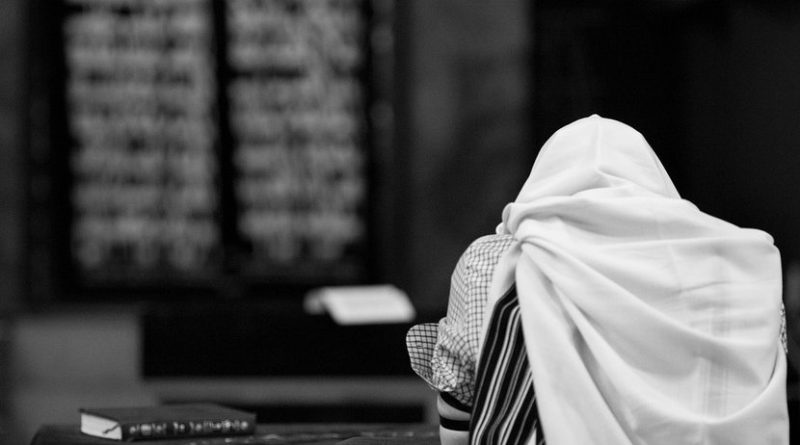 There is little doubt that real anti-Semitism, in the sense of hatred of Jews, has increased in Europe and North America in the last decade or so. But the nature of why this is happening and what is its true nature are especially obscure and subject to manipulations. Part of this obscurity is deliberate, arising from wildly successful efforts to label criticism of Israel or Zionist tactics and ideology as anti-Semitic or in some usages as expressive of the ‘New Anti-Semitism.’ This extension of the scope of anti-Semitism seems designed to inhibit responsible opposition to Israel’s conduct in violation of international law and, further, to make some Jews feel insecure enough in their country of residence that they would consider emigrating to Israel, which in recent years has experienced a net outflow of Jews.

The essence of the new anti-Semitism is rooted in the definition proposed by International Holocaust Remembrance Alliance (or IHRA), which blends strong criticism of Israel with hatred of Jews or the Jewish people. President Donald Trump incorporated this IHRA definition into his Executive Order issued on Dec. 11, 2019, which is coupled with lawfare assaults by the US Government and right-wing Zionist organizations on respected American campus initiatives that critically address the Israel/Palestine conflict, including having students and faculty actively engaged in such nonviolent solidarity initiatives in support of the Palestinian quest for basic rights as the BDS Campaign. One recent example of this government pushback is the call for an investigation of the Center for Contemporary Arab Studies at Georgetown University because some of its members are BDS supporters.

The IHRA definition is elaborated in terms of signs of anti-Semitism as manifested in criticism of Israel. One of these signs is singling out of Israel for criticism or coercive acts when its behavior is not worse than that of other human rights violators. This is the basis for the alleged link between BDS and anti-Semitism. Yet in no other context is this kind of test administered. Recalling the anti-apartheid campaign against South Africa of 30 years ago, it should be remembered that apologists for apartheid then similarly contended that conditions for black Africans in South Africa were better than elsewhere in the sub-Saharan region. Such contentions were argumentative, but never used to stifle anti-apartheid activism in foreign countries, including a robust anti-apartheid BDS Campaign, which many observers believe contributed to the unexpected reversal of course by the Afrikaner leadership in Pretoria that opened gates to achieving transition to a peaceful post-apartheid South Africa, constitutionally premised on racial equality and human dignity for all.

In my experience, the worst overall effects of this effort to stigmatize anti-Israeli speech and activism as anti-Semitism is not its punitive dimensions that target programs and individuals in unfair and harmful ways, but the larger informal atmosphere of intimidation and silent discrimination that is produced. Already timid academic and institutional administrators will avoid conference proposals, speaker invitations and faculty appointments if there is a prospect of attack by Zionist watchdog groups. I am sure others have tales along these lines to tell, but in my own case, I have experienced and heard about many such instances. Only a few attain visibility, which can happen when meeting space is refused or an event cancelled because of alleged security concerns.

This happened to me in relation to a London launch tour of my book on Israel/Palestine two years ago when stories were circulated of planned disruptions as a way of inducing cancellations, which did occur at two universities. Some of these planned events did go forward, including a somewhat stormy session at the London School of Economics where during the discussion period shouting and hostile behavior by supporters and critics of Israel in the audience were treated as threatening public order, but the meeting went on to its end. I was told that later on, LSE reacted by adopting stricter regulations to ensure balance in presentations and the identity of the moderator, which is an institutional signal designed to discourage controversial subject-matter.

This is bad enough, but I think the real effect of these experiences is to make faculty and administrators think twice before supporting events perceived as critical of Israel or in solidarity with the Palestinian struggle. My impression is that the indirect effects of this Zionist pushback is having a more significant inhibiting impact on academic freedom and freedom of expression than the shockingly suppressive initiatives being adopted by legislative bodies in such leading countries as France, Germany, and soon Britain, as well as the United States.

One of the supposed anti-Semitic tropes has been the contention over the centuries that Jews exercise disproportionate influence on public policy in ways that are harmful to the general wellbeing of society. It is hard to interpret the success of concerted Zionist and Israeli efforts to adopt the IHRA definition and approach as other than a confirmation of this charge, validating grounds for public concern about the excessive influence of Jews.

Two prominent centrist political scientists, John Mearsheimer and Stephen Walt, wrote a very academic study to show how the Israeli Lobby in the United States was producing foreign policy undertakings at odds with national interests (The Israeli Lobby and U.S. Foreign Policy (2007). Whether true or not, the authors were unjustly vilified even in 2003 for daring to raise such questions about the extent and character of Jewish influence, and although leaders in their field undoubtedly paid for ever more hidden career prices. It should be noted that targeting Muslims, which is more common and vicious than what has been experienced by Jews, has produced no comparable official condemnations of Islamophobia.

More to the point in any effort to penetrate the penumbra of confusion surrounding this subject-matter is the near fanatical support of certain right-wing political orientations for Israel, while simultaneously pursuing an anti-Semitic agenda. This is the widely known case for many Christian evangelical groups who read the Book of Revelations as promising a Second Coming of Jesus once Israel is reestablished and Jews return, then being given an option of converting or facing damnation.

Actually, this seeming tension, almost the opposite of the supposed fusion of anti-Israeli and anti-Semitic attitudes in the IHRA approach, actually has deep roots in the pre-Israeli experience of the Zionist Movement. From the start of the British Mandate the Jewish minority in Palestine was under 10%, hardly the basis for a claim to establish a Jewish state in an essentially Arab society. Zionists realized this, and were determined to overcome their disabling demographic inferiority. As a result, Zionists did everything in their power to induce diaspora Jews to move to Palestine, even resorting to striking Faustian Bargains with outrageously anti-Semitic regimes in Europe, including even the Nazi government in Germany.

This dynamic of coerced population transfer of Jews is documented on the basis of archival research in The State of Terror (2016) by Thomas Suarez. Against this background the anti-Semitic card has been played in contradictory ways by Zionist hardliners, earlier useful to encourage Jewish immigration to Israel and recently to inhibit criticism of Israel, with the common element being opportunism.

There is another reinforcing dimension of such policies that further discredits the IHRA approach. Israeli foreign policy even in circumstances where a Jewish state of Israel exists, and has been given constitutional status by the 2018 Basic Law: “Israel as the Nation-State of the Jewish People,” there continues to be an Israeli willingness to overlook overt anti-Semitism in a foreign leader provided diplomatic friendship is accorded to Israel.

Viktor Orban of Hungary is the example most often cited, but the pattern seems to explain the closeness of Modi, Bolsonaro, and even Trump. Netanyahu’s Israel reciprocates with arms deals and military/policy training to governments on the far right, and its ambassador to Myanmar recently went so far as to lend psychological support to the Myanmar Government’s legal defense at the World Court against overwhelming evidence of genocide against the Muslim minority, Rohingya. While the IHRA definition of anti-Semitism is justified as a check on forgetting the Holocaust, when non-Jews are the victims of genocide a quite different ethical calculus apparently applies.

I think these various considerations make it plain that anti-Semitism in the world is being driven by a combination of many crosscutting factors, some genuine, some fake. One of the fake factors is this attempt to extend the scope of anti-Semitism beyond its core reference to hatred of and hostility toward Jews. In this broad sense, by classifying supporters of human rights of the Palestinian peoples as anti-Semites there is both a loss of focus, and a confusing insistence that those who oppose Israeli apartheid and oppression are anti-Semitic.

A final ground for suspicion about such tactics is the seemingly unconditional disregard of Israel’s behavior. Without such an inquiry, to brand opposition to Israel or solidarity with the Palestinian struggle as anti-Semitic is to engage in a destructive form of anti-democratic polemics that has the perverse effect of encouraging real anti-Semitic behavior that deserves condemnation. Even the notoriously cautious prosecutor of the International Criminal Court has just announced that an investigation of criminal allegations relating to Israel’s settlement activities on the West Bank and Gaza.

Beyond this there is a growing consensus among those informed about the overall relationship between Israel and the Palestinian people (including those in refugee camps and exile) is accurately understood as based on apartheid structures of control. If this is a reasonable perception, then BDS and other solidarity initiatives are justifiable responses that deserve and need support and protection rather than being shamefully stigmatized as anti-Semitism.

*Richard Falk is a member of the TRANSCEND Network, an international relations scholar, professor emeritus of international law at Princeton University, Distinguished Research Fellow, Orfalea Center of Global Studies, UCSB, author, co-author or editor of 40 books, and a speaker and activist on world affairs. In 2008, the United Nations Human Rights Council (UNHRC) appointed Falk to a six-year term as a United Nations Special Rapporteur on “the situation of human rights in the Palestinian territories occupied since 1967.” Since 2002 he has lived in Santa Barbara, California, and taught at the local campus of the University of California in Global and International Studies, and since 2005 chaired the Board of the Nuclear Age Peace Foundation. His most recent book is Achieving Human Rights (2009).