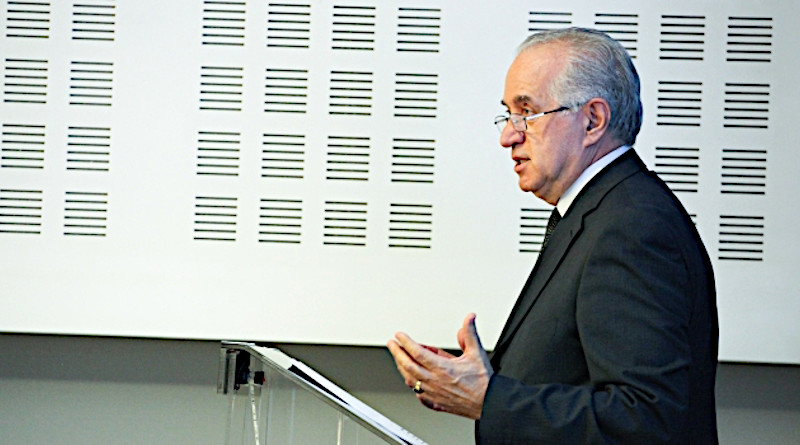 After a long time of waiting, European Council turned on its green light for North Macedonia and the Republic of Albania to open the negotiations for membership in the European Union.  This is highly positive news for the entire Western Balkans.  Attached together with this news comes also the ratification of 29 NATO member countries in support of the membership of North Macedonia, with all these favorable winds we can certainly claim that Western Balkans from a distant suburb of Europe has become an inner neighborhood of Brussels. In these days succumbed into a global pandemic disease, the Ministers of Foreign Affairs of EU decided with consensus to present a positive draft – proposal of the European Union Summit for the opening of membership negotiations for Republic of Albania and North Macedonia.

With this historic decision, Albania and North Macedonia are already joining Montenegro and Serbia as it pertains to their equal level of integration, for Tirana and Skopje that means the last phase of negotiations in order to reach a full membership.  Two steps below are Bosnia and Herzegovina and the Republic of Kosovo, their cases are well explained from a specific context and conditions that are historically known, both countries have a longer road ahead in order to join the advanced process of integration.  But now, the European path of Western Balkans is definitely clear and cannot be sidetracked. It remains to be seen the decision of exact date for the opening of negotiations; this will be decided by the upcoming intergovernmental Conference of EU member countries.

The Challenges of Albania in determining the date

The political decision for the opening of membership negotiations was a huge step and extremely difficult for Albania.  We must bear in mind that this was a consensual decision.  The achievement of consensus passed through three circles: the circle of Albania with ups and downs, progress and setback, warmth and suspicion, that was the critical circle for reaching a consensus with European Union; the second circle was dealing with the EU Institutions, meaning the accountability and dialogue between European Commission and EU Parliament; the third circle was related to reaching a consensus among all individual members of European Union.

After the three aforementioned circles were interconnected, which was a monumental task, was opened the path of opening the negotiations of membership between the European Union and Albania.  The official opening date of negotiations and first chapters of negotiations are still in a pending mode.  This decision will be made in the Intergovernmental Conference of EU that will be held in September or at the end of 2020 for every individual country.

From the decision of opening the negotiations until the determination of date and first group of chapters – to be negotiated – Albania has a number of specific tasks, sadly some of them are repeatedly requested to be fulfilled.

One of the urgent tasks for Albania – to accomplish before the Intergovernmental Conference of EU that will determine the date and group of chapters to be negotiated – are the nine well known conditions of German Bundestag as well as a few additional conditions from individual countries such as the Netherlands, Greece; which are related with concrete results in the war against organized crime, corruption and ensuring full respect for the Greek minority’s rights in Albania, starting with the development of annual census all the way to ensuring the implementation of property rights of this minority group inside Albania.

On March 24th, President ILIR META in his statement called for immediate steps to be taken towards the fulfillment of conditions placed upon Albania in the decision to open negotiations, so that in the upcoming Intergovernmental Conference of EU, Albania would be receiving the date negotiations’ start and first chapter groups to be negotiated.  Albania has all favorable indicators to fulfill all conditions this year.  But, has no time to waist, because…

Begins the individual race of everyone

Now that the long awaited decision for opening negotiations with Albania and North Macedonia was made, begins the period of individual race of every country in Western Balkans, based on the fulfillment of conditions and speed of successful negotiations.

The process of EU membership negotiations is conducted strictly between EU and Individual candidate country.  There are no more processes that involve a few countries together.  Progress or due diligence of the negotiations’ success is completely based on the work done by each independent country. EU negotiates with each state individually.  Takes into account the national legislation concordance with Acquis Communautaire, its full implementation, the establishment of institutional capacities, human and administrative, step by step, and negotiates one group of chapters after another.

Based on the new methodology of enlargement approved in 2019, after the successful conclusion of every group of chapters EU will allocate the respective funds that ensure support for every country’s journey of entire preparation for membership. This dynamic allocation of funds is very positive for individual states.  But on the other hand, the new methodology has restrictions that are tied to obstacles or suspension of any progress that may take place in any negotiating country. In this case of stagnation or backsliding EU reserves the right to block or totally suspend negotiations with a particular state.

The creation of negotiating capacities and resources

The progress and speed of negotiations, meaning the full membership in the EU is dependent from the incongruence’s of Acquis Communautaire with the national legislation, from the formation and functioning of institutional capacity, administrative and human resources, but it will also depend from the negotiating capacities of Albania.

Croatia had started the preparation of negotiating potential and human capacities with the European Union, ten years before the inception of negotiations for membership.  I have been personally involved and followed closely for six years this process of establishing negotiations’ capacity building in Croatia in the annual workshops of Dubrovnik. And despite of this long preparation process, even Croatia has encountered many obstacles with its forthcoming negotiations.

Albania is behind with the establishment and preparation of negotiating capacities.  It is a process that requires the creation of sustainable professional structures, qualified personnel, with proper education, training and continuing education, doctorate degrees, European languages, specialized on many fields but also well equipped with knowledge, requires techniques and a wealth of practices in diplomatic negotiations.  Albania today must gather fully fledged teams, sustainable and capable for negotiations, to begin with their intensive training.

Western Balkans is already the inner neighborhood of European Union.  It is this definition that marks the greatest historic fate of this region.  The gates of EU are opened. The process is Chrystal clear and unequivocal.  Peace, stability, democracy and economic progress …this is the future of Western Balkans…

This analysis was translated from Albanian language by: Peter M. Tase

*Prof. Dr. Lisen Bashkurti is the President of Albanian Diplomatic Academy in Albania. Prof. Dr. Bashkurti has been a Chancellor in a number of Universities in the Balkan Peninsula. He is also the Global Vice President of Sun Moon University in South Korea. As a distinguished scholar of international relations he has received many international awards including: A “Gold Medal” for his research on US-Albanian Partnership,” “Four Silver Medals” for his great contribution during his service as Albania’s Ambassador to Hungary (1992-1993); appointed as “Peace Ambassador” from the International Peace Foundation, United Nations (2009). Prof. Dr. Lisen Bashkurti was a keynote speaker in the “Intercultural Dialogue and Innovations in Diplomacy and Diplomatic Training” of the Dubrovnik Diplomatic Forum in Dubrovnik, Republic of Croatia (2011, 2012, 2013). He is the author of more than 18 books that cover a range of issues including: International Affairs, Negotiations and Conflict Resolution, International Diplomacy, Multilateral Diplomacy and Diplomatic History. He is an honorary professor in many prestigious European Universities and an honorary fellow to a number of prominent International Institutions.