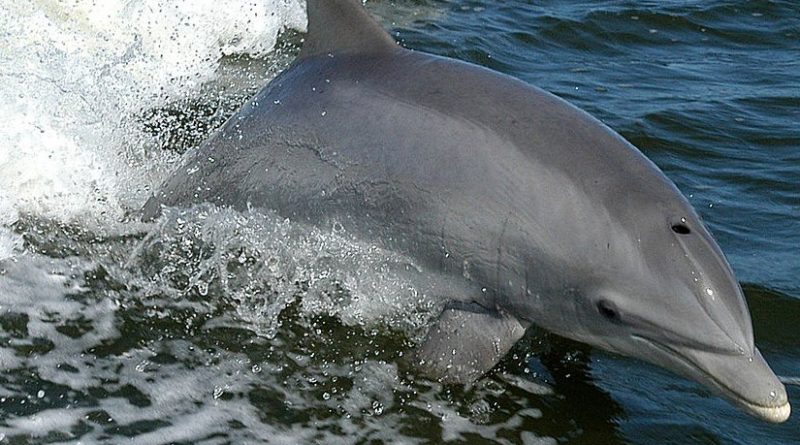 Seasonal migration patterns of bottlenose dolphins – what we know for sure? With the changing of the seasons comes the urge to migrate for many animals of the world, whether they be furred, feathered, or even finned.

One finned animal in particular, the common bottlenose dolphin, undertakes seasonal migrations each spring and fall, but how the dolphins know when to migrate has not always been clear. It was usually assumed that their southern migration begins when the ocean waters drop in temperature. However, until now there was little evidence to support this and it was largely unknown what factors influence the initiation of dolphin migration. A new study from the online journal Animal Migration, has discovered some of the factors that influence these seasonal migrations.

In the article, published this week by Masters student Anna Taylor, from the University of Georgia (USA), and colleagues studied the common bottlenose dolphin, which migrates seasonally along the southeastern United States Atlantic coast. While this species of dolphin is widely studied, surprisingly little is known about what influences the timing of these migrations.

The scientists needed to track the comings and goings of dolphins at their study sites on the Georgia and South Carolina coasts, and they did so using photographic identification of individual dolphin fins. This technique is used with many studies of Cetaceans (whales, dolphins and porpoises), which all have dorsal fins. As the animals age, their dorsal (back) fins become worn and chipped, which allows individuals to be uniquely identified, much like fingerprints.

By teaming up with the National Oceanic and Atmospheric Administration (NOAA) and the Georgia Dolphin Ecology Program (GDEP), the researchers conducted boat-based surveys, where they photographed all dolphins (or their fins) they came across. They then used photo analysis software to analyze each dolphin’s fin shape and pattern, which told them when and where each dolphin (nearly 1000 uniquely-identified individuals) went over the course of their study. Then, by combining the dolphin movement data with information on various aspects of water quality, the authors discovered that seasonal movements, or migrations, were best explained by water temperature; while seasonal abundance was best explained by water salinity.

The authors pointed out that this information can inform conservation strategies for common bottlenose dolphins, and help managers predict when a migration event is likely to occur. According to the Georgia Aquarium in Atlanta, Georgia, one of the main threats facing this species is from “entanglement in recreational and commercial fishing gear”; therefore, understanding when dolphins are in the area might mitigate the chances that these dolphins are injured.