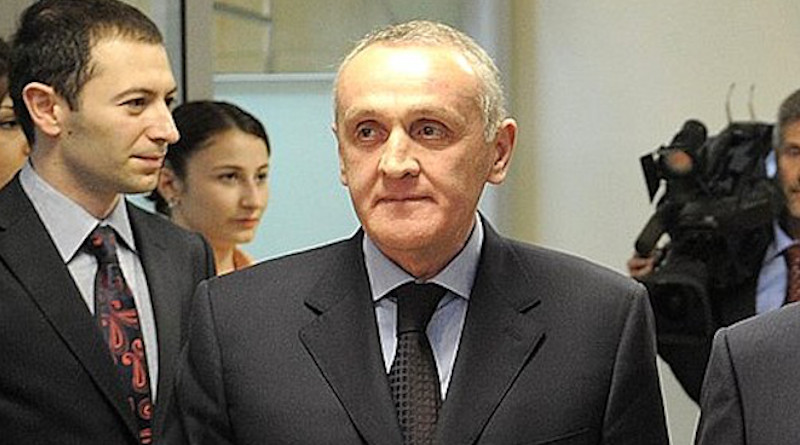 (Civil.Ge) — Aslan Bzhania, Moscow-backed leader of Abkhazia appointed Alexander Ankvab as the head of the region’s 12-member “cabinet of ministers.”

Aslan Bzhania, who was sworn in as the leader on April 23, has already accepted the resignation of the entire cabinet formerly led by Valery Bganba.

Ankvab, 67, a close ally of late ‘president’ Sergey Bagapsh, already served as the government head of the region from February 2005 through February 2010.

Alexander Ankvab also served as the third leader of Abkhazia during 2011-2014. He resigned the post in June 2014, five days after the opposition led by Raul Khajimba, Bzhania’s predecessor, broke into the occupied region’s ‘presidential headquarters’ in Sokhumi.

Prior to his political career in the region, for six years, till 1990, Ankvab served in Tbilisi in a capacity of Soviet Georgia’s deputy interior minister. During the armed conflict in Abkhazia in early 1990s he was interior minister in the rebel Abkhaz government. After the war he left Abkhazia and spent almost ten years, till 2004, in Moscow working in business.

After his political comeback in Abkhazia he tried to run for the region’s presidency in 2004, but was not registered as a candidate after he refused to pass exam in the Abkhaz language; he subsequently backed in those polls Sergey Bagapsh and after the latter became the region’s leader following a fiercely disputed elections with Raul Khajimba, Ankvab was appointed as prime minister.

In February 2005 a group of unknown gunmen opened fire on a convoy carrying Ankvab, then PM, outside Sokhumi. Local television reported at the time, that his car was hit by 17 bullets; Ankvab, however, was riding in his deputy’s car and survived unharmed.

Two months later Ankvab again survived unharmed when unknown gunmen opened fire on his convoy near Sokhumi in which Ankvab’s driver was wounded.

A roadside land mine, found in June 2007 on a road between Sokhumi and Gudauta, which was a regular route of Ankvab’s convoy, was also believed to have been aimed at him.

In July, 2007 Ankvab was slightly injured with shrapnel after his car came under grenade attack again on the road between Gudauta and Sokhumi.

In 2010 Ankvab was wounded in leg and hand after a grenade hit his house in Gudauta.

Ankvab himself blamed the attempts on his life on “internal” Abkhaz forces; he, however, has never publicly elaborated further into details.