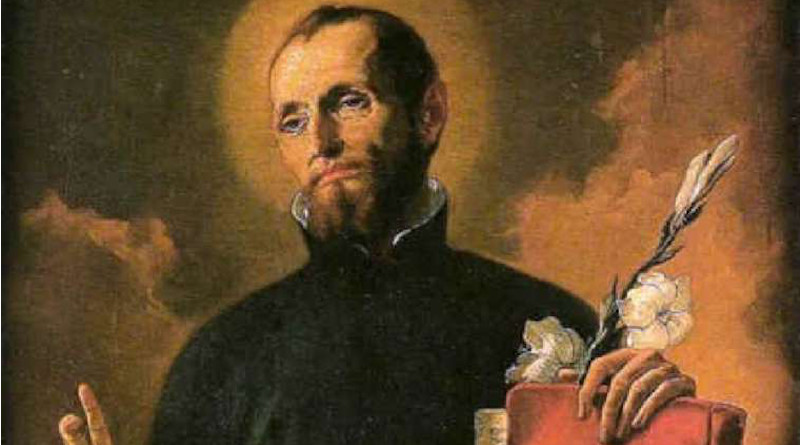 Since the outbreak of the coronavirus pandemic in the United States, at least 26 million people have filed for unemployment. Economists say the U.S. now has levels of unemployment close to those of the Great Depression

As with most things, the Catholic Church has a saint for these times. St. Cajetan, the patron saint for the unemployed, knew something of poverty and pestilence.

He was the son of a nobleman, worked for a pope, became a priest, was a conduit of miraculous healings, founded a bank, and was a friend to the poor.

St. Cajetan was born on October 1, 1487 in Vicenza, Italy. He was the youngest of three sons born  to Gaspar, Count of Thiene, and Maria Porto, a devout woman who consecrated Cajetan to the Blessed Virgin Mary at a young age and saw to it that he received a religious education and upbringing. His father died when he was just two years old.

In his 20s, Cajetan received degrees in both civil and canon law from the University of Padua, and shortly thereafter moved to Rome, where he worked in the court of Pope Julian II and assisted at the Fifth Lateran Council.

When Pope Julius II died, Cajetan resigned his position in order to study for the priesthood, and he was ordained in 1516 at the age of 36.

Soon after he became a priest, Cajetan and a small group of like-minded priests founded the Congregation of Clerics Regular, a community of priests seeking to live like the apostles.

Like their contemporary, Martin Luther, Cajetan and his companions were seeking to reform the Church, and especially the clergy – but unlike Luther and his followers, they believed this reformation could take place from within the Church itself.

The Congregation of Clerics Regular became known as the Theatines, after the title of one of the co-founders, Giovanni Pietro Caraffa, the Bishop of Chieti (Theate in Latin), who later became Pope Paul IV.

The order took their vows of poverty, chastity and obedience seriously.

St. Cajetan asked that the order live poverty so strictly that they not even beg for alms, but that they rely totally on the providence of whatever God chose to send them to sustain themselves.

“His principal aim was to save souls,” Father Francis Xavier Weninger wrote of St. Cajetan in 1876.

Cajetan and his order sought to save souls primarily through living moral lives, through sacred studies, through preaching, and through tending to the sick and the poor.

St. Cajetan was particularly severe with himself, Weninger noted, always wearing a hair shirt and partaking in prayers and devotions late at night and early in the morning with just a short rest on a bed of straw in between.

He was also known to have visions of Mary. In particular on one Christmas Eve, Cajetan had a vision of the Blessed Virgin Mary carrying the Christ child, and placing him in St. Cajetan’s arms.

Cajetan was also known for some miraculous cures in his lifetime, including the curing of the foot of a priest of his order that had been scheduled to be amputated.

The Theatine order became known as strong Catholic reformers even before the Protestant Reformation had fully taken hold.

In 1527, the house of the Theatine order in Rome was sacked by troops of Emperor Charles V, and the members fled to Venice. According to some accounts, one of the soldiers had been acquainted with Cajetan, and believed the priest was hiding riches from his past life of nobility, and thus treated him cruelly and imprisoned him before he was allowed to rejoin his order.

At the age of 42, Cajetan founded a hospital for “incurables” in Venice, and worked to comfort and heal the sick during times of “pestilence”, Weninger wrote.

Likely, many of the sick he tended to were victims of the bubonic plague, which resurfaced frequently in the town of Venice, an international trade hub.

In 1533, the pope sent Cajetan to Naples, where he founded another oratory. The corresponding church, San Paolo Maggiore, became an important hub of Catholic reformation.

While in Naples, Cajetan also founded a charitable nonprofit bank designed to protect the poor from usury – or lending money at exorbitant rates of interest. Eventually, the bank became the Bank of Naples.

While in Naples, Cajetan became dangerously sick, and offered his sufferings for the conversion of the people of Naples, reportedly refusing to be transferred from the planks of wood that served as his bed, so that he had more suffering to offer. He died on August 6th 1547, the feast of the Transfiguration, and is buried in the San Paolo Maggiore Basilica in Naples.

According to some accounts, the spiritual, political and social strife in the city of Naples ceased shortly after Cajetan’s death, confirming to many the holiness of his life.

St. Cajetan was beatified by Urban VIII in 1629. Before he was a canonized saint, Cajetan was invoked when the plague struck Naples hard in 1656.

According to a testimony written by the leader of a hospital in Naples at the time, and commemorated in an artistic depiction, 600-700 people were dying of the plague daily, when the city celebrated the feast of then-Blessed Cajetan with a Mass and music and confession. That day, there was no death recorded, and the plague soon subsided from the city.

St. Cajetan was canonized by Pope Clement X in 1671. He is the patron saint of job-seekers and the unemployed, as well as multiple countries, including Italy, Argentina, Brazil and El Salvador.

St. Cajetan’s order, the Theatines, continues to serve the Church today. In the U.S., Theatines serve primarily as parish priests in Colorado.

Glorious St. Cajetan, acclaimed by all people to be the Father of Providence because you provide miraculous aid to all who come to you in need, I stand here before you today, asking that you present to the Lord the requests that I confidently deposit in your hands.

May these graces that I know request help me to always see the Kingdom of God and His righteousness, knowing that God who dresses with beauty the flowers of the field and abundantly feeds the birds of the sky will give me all other things.

Home » Unemployed Due To Coronavirus? There’s A Saint For That

One thought on “Unemployed Due To Coronavirus? There’s A Saint For That”