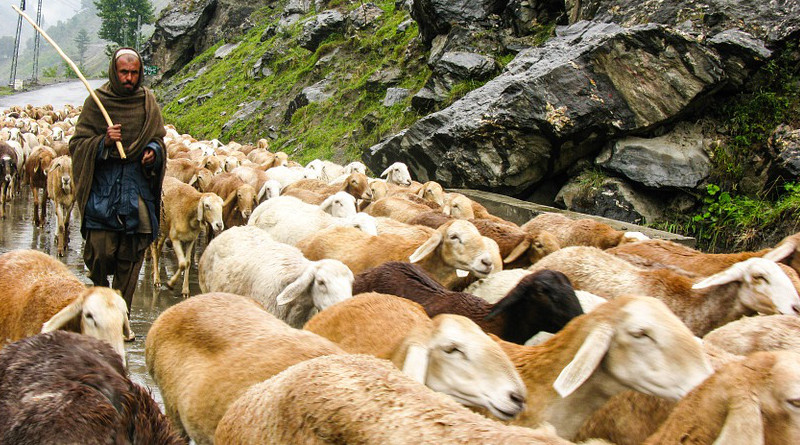 In a matter of a few decades, China, a country that was economically isolated and geopolitically sandwiched during the Cold War, has risen to become an economic superpower and a global leviathan in international affairs.

One plausible explanation for China lifting 800 million people out of poverty is the Beijing Consensus, or China’s Development Model, which formed the foundation of post-Mao Zedong Chinese policy by prioritising economic growth. This model facilitated China’s economic miracle, illustrated by an eightfold growth in its gross national product over a span of two decades.

During the 2008 financial crisis, China’s economic growth was relatively unscathed, giving rise to the notion that the homemade Beijing Consensus was China’s alternative to the liberal-oriented Washington Consensus.

Recognising the salience of providing food security for its 1.4 billion people, China has also invested heavily to make itself self-sufficient by strengthening its agricultural sector model.

Other countries can learn from this, and specifically, Pakistan should strive to create a self-sufficient agricultural sector, one that can provide food security for its 212 million people rather than rely on other countries to meet its food supply needs.

One way that Pakistan can learn from China to build up its own agricultural sector is by instituting gradual and pragmatic reforms like those that underpin China’s development model.

Pakistan should demonstrate an economic imagination and embrace technological innovation to boost its ailing agricultural sector, which contributes around 25 per cent of the country’s domestic economy.

Moreover, Islamabad could learn from Beijing how to cultivate good governance. This includes strengthening the political leadership to look after the affairs of Pakistan at various levels of government, with an affinity for promoting equity, effective decision-making, accountability, and transparency to root out corruption, and the rule of law.

For a start, Pakistani Prime Minister Imran Khan’s government should make concerted efforts to tackle corruption, especially as it is affecting the agricultural industry, and emulate China by populating its Ministry of Agriculture with diligent technocrats.

That said, Pakistan may want to keep clear of the parts of China’s ‘good governance with Chinese characteristics’ that downplay democratic narratives and ignore human rights violations. The democratisation of government and decentralisation of power to local governments have been laudable outcomes in Pakistan and advantageous for the rural-based agricultural sector, and can help Pakistan deal with its own human rights problems, and it should clearly do what it must to maintain this progress.

China’s development model has also been characterised by its use of public diplomacy to win friends and wield influence to further its national security and economic interests. China has stepped up efforts to cultivate links with as many countries as possible, a plan that underpins its grand Belt and Road Initiative (BRI).

By aiding countries through infrastructural investments, China is seeking a more propitious opinion of its role in international affairs, with a view towards building up a reservoir of political trust.

Parked under the BRI, the multibillion-dollar China-Pakistan Economic Corridor (CPEC) provides a framework through which China and Pakistan can deepen agricultural linkages. While both countries have to understand the importance of agricultural cooperation in CPEC, the litmus test for its success will be how quickly they are able to bring their joint projects to fruition in the post-pandemic period.

Riding on progress in science and technology, Beijing has invested heavily in research and development, including the singular focus on integrated mechanisation that has bolstered the total factor productivity of the agriculture sector, according to China’s Ministry of Agriculture. China hopes to bolster its agricultural output, both for its own sake, and to engender a surplus that Beijing can then store or provide, in the spirit of good international citizenship, to countries that face food shortages.

With its food surplus, China has been able to practise food diplomacy by assisting countries that are suffering from food scarcity due to COVID-19. These countries are mainly from the developing world and on the receiving end of other Chinese investments. Beijing may hope that food diplomacy can help improve its international image and limit the economic damage caused by COVID-19.

For its part, Pakistan can learn from China by prioritising resources dedicated to research and development in the agricultural sector. The Khan government should ring-fence a greater portion of the country’s national budget for its Ministry of Agriculture, which should then invest in universities conducting research on agronomics, biotechnology, agribusiness, and food security.

Concurrently, Pakistan and China should leverage their close relations to encourage greater efforts between their agricultural ministries and universities. Enhancing people-to-people connectivity through student, academic, and business exchanges would increase opportunities for Pakistan to learn from China.

China’s economic reforms in agriculture have transformed the domestic landscape of rural areas, as evidenced by increased crop yield and discernible improvements in the livelihoods of farmers, including getting millions of them out of absolute poverty, and Pakistani policymakers should learn from China the domestic benefits that agriculture can bring.

Similarly, Pakistan stands to benefit from investing in its agricultural sector as part of Naya (New) Pakistan. As the agricultural sector is a key engine of growth for Pakistan’s economy and job creation, Islamabad should further invest in, rather than neglect, this long-established industry. Doing so would enable Pakistan to enjoy similar domestic benefits as China has done for decades.

As 68 per cent of the country’s populace resides in rural areas, improved agriculture could help Pakistan alleviate poverty and improve the lives of farmers, whilst also creating more jobs. This would bode also well for Prime Minister Imran Khan in boosting his domestic political mileage and the attendant legitimacy of his government. In time, when there is greater agricultural yield, Pakistan could also practise food diplomacy in its foreign policy, as China has.

Contrary to critics and sceptics in Pakistan who have called for a post-agricultural Pakistani economy, the way forward is to technologise the agricultural sector and make it a centrepiece of Pakistan’s economic growth.

Prime Minister Khan should show genuine leadership and stay the course to uplift Pakistan’s agriculture sector, and leveraging Islamabad’s bilateral friendship with Beijing and taking a leaf out of China’s agricultural playbook is a good starting point for agricultural convergence in China-Pakistan relations.

Source: This article was published at Policy Forum, Asia and the Pacific’s platform for public policy analysis and opinion

Home » The Importance Of Agriculture For Pakistan’s Future – Analysis