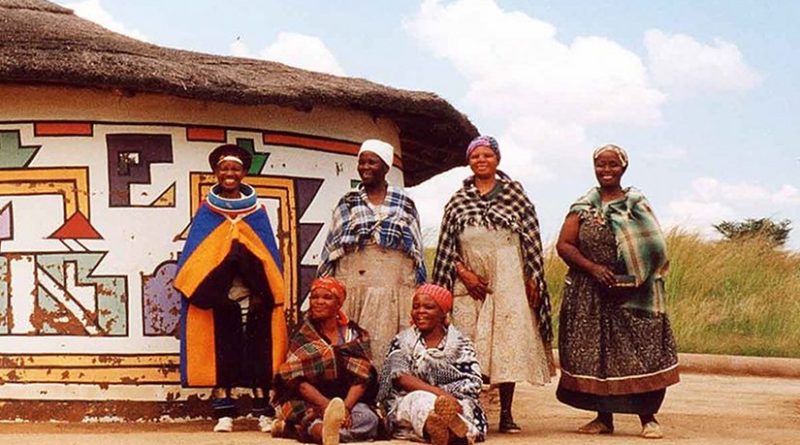 South Africa has seldom approached Heritage Day with a more fractured sense of what constitutes our heritage and what should be celebrated. Angry exchanges over the character of our universities, language policy, public memorials and so on have exposed the divides that run through our society and have even called into question whether we are one nation.

We are not alone in this. ‘Heritage’ describes peoples’ communal inheritance: their mythical and historical memories, symbols, religions, music and food. Heritage is intrinsic to peoples’ cultures. It helps provide a sense of identity and belonging. Across the world, growing societal pluralism and accelerating information flows are straining longstanding assumptions about it.

Heritage — and its role in underwriting identity — is immensely important to Africa. As the African Peer Review Mechanism has consistently found, a cardinal concern for the continent is managing diversity or forging what we South Africans call social cohesion.

The challenges are well known. African states were largely created for the convenience of the colonial powers; few are ethnically homogenous. Following independence, the focus was on creating ‘new’ societies.

The sociocultural landscapes new African leaders inherited were often alien to their citizens. Administration and higher education depended on foreign languages, and sometimes evidence of Africa’s past had been eliminated. Benin City, for example, was sacked in 1897, and its artefacts (not least the magnificent bronze statuary) sold or removed to foreign museums.

Physical monuments from the colonial era could be dealt with relatively easily. Some were removed (statues of Cecil John Rhodes in Harare and Bulawayo succumbed to this fate), while others survived unnoticed. Indeed, the city of Lokoja in Nigeria is now touted as a tourist destination precisely because it of its colonial architecture and its role in that era. A headline in a Nigerian magazine recently declaimed: ‘Lokoja: Colonial Town, Rich History’.

More pertinently, Africa has had to grapple with the challenges of finding appropriate governance and developmental approaches that speak to indigenous cultures, but contribute to modernity. Tanzania’s Julius Nyerere invoked Africa’s past in his collectivist Ujamaa programme, arguing that Africans were inherent socialists.

Africa has, in other words, tried to integrate its heritage and its present. To emphasise neglected indigenous systems has a sound rationale, attempting to root governance and belonging in the experiences of Africa’s people. But this has proved to be frustratingly difficult.

African heritage is a complex, diverse and contested amalgam of experiences, defined by history, geography, religion, politics and language. Africa pays politically for these divides. In an environment of poverty and bitter rivalry, populist communal mobilisation is appealing. Appeals to mythical identities are powerful. Political opportunists have all too often manipulated diversity.

More recently, after decades of independence, questions are increasingly asked about the myths that have legitimised post-colonial orders. Thus in Kenya, the Mau Mau movement — once dismissed by Kenya’s elite as ‘political hooliganism’ — is now accorded a place of honour. A museum commemorating it is being established in Nyeri County.

In the more restricted environments of Angola and Zimbabwe, troubling questions remain about the violent crushing of dissent at the hands of the ruling liberation movements during the 1970s and 1980s.

In more pacific Tanzania, visitors are struck by the omnipresence of the image of the late president Nyerere. Some years back, in Dar es Salaam, I asked my host how Nyerere was regarded. He sighed: ‘He was our father. He created Tanzania. But he also hurt many people.’

Indeed. Nyerere directed a remarkable feat of nation building (including the development of Kiswahili as a modern language), but he pushed through ruinous economic policies and incarcerated opponents.

Anthropologist Dr Lotte Hughes argues that, ‘postcolonial states are now at a crossroads in history and heritage as they strive to forge a national identity’.

Signposts adorning these crossroads abound. Is the Swazi Reed Dance a valuable part of Swazi identity, or a patriarchal throwback with no place in today’s world? Are coming-of-age rituals a necessity for social integration or a social and medical menace? Can governance based on religious traditions — as in the Sharia states of northern Nigeria — be condoned within Africa’s multi-ethnic polities? Can minorities demand official recognition and support for their cultural development?

These are not easy questions. The answers are equally difficult, since any policy response is likely to be buffeted by politics. They demand choices that may offend some to placate others.

One of the key lessons of all this — one demonstrated by SA’s experience — is that heritage is not necessarily a unifying asset. In deeply divided societies, it might easily have the opposite effect. Heritage policies must be sensitive to this fact.

Scholarship into Africa’s heritage should be encouraged, along with open debate about it. Heritage can only benefit from interrogation and introspection.

Finally, ordinary people must take control of their heritage. While this has the well-known danger of positioning heritage as a tool for exclusionary mobilisation, it also offers the possibility of rejuvenating and mobilising it for social inclusion. Indeed, a phenomenon gaining ground in Africa is that of community museums where local experiences are showcased.

*Terence Corrigan is a Research Fellow with SAIIA’s Governance and APRM Programme. This article was originally published by Business Day.