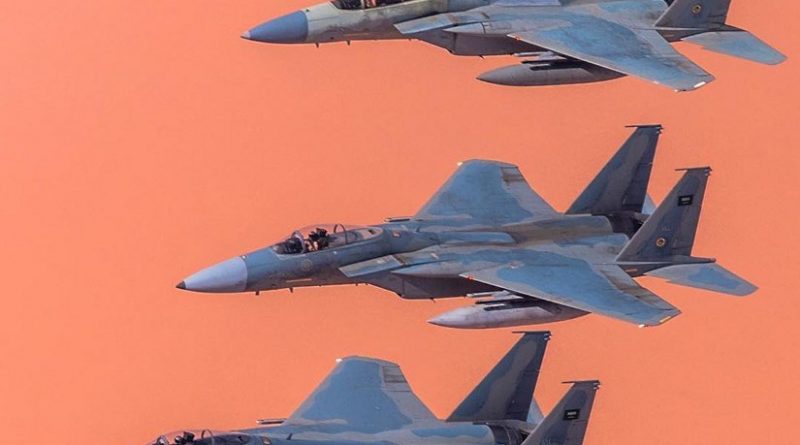 THE CHALLENGE: As President Trump takes office, there has been a renewed focus on nuclear weapons — particularly with regard to their potential use and modernization of the U.S. nuclear triad. However, Trump will also inherit challenges with regard to numerous conventional conflicts around the world — most notably in the Middle East, Africa, and Asia. In the coming months, President Trump will have to determine the level of U.S. engagement in existing and emerging crises. Thus, in short order the Trump administration will have to determine its own views and policies concerning conventional arms transfers.

The Obama administration also completed the first review of U.S. arms export policy in January 2014 — the first time such a review had taken place in 19 years. Presidential Policy Directive 27 (PPD-27) articulates U.S. conventional arms transfer policy goals, outlines the process and criteria that guide U.S. arms transfer decisions, clarifies the ways in which U.S. policy on conventional arms transfers supports arms control and arms transfer restraint, and explains how the United States supports responsible arms transfers around the globe. The Obama administration also took on reform of the export control process, reviewing the contents of the U.S. Munitions List, moving items to the Commerce Control List, and restructuring some of the bureaucratic machinery surrounding arms sales, amongst other reforms.

So, what will the conventional arms landscape look like under the Trump administration? Thus far, it is unclear what Trump’s view towards arms sales may be, as little was articulated on the subject during the campaign or transition. However, we can draw some prognostications based on Trump’s personal and his appointees’ attitudes and with regard to relations with allies and national security priorities.

For example, it is unlikely that President Trump will call for a review and revamping of the U.S. Conventional Arms Transfer Policy. It took 19 years to update the policy, and the new policy reflects the current security environment — with a focus on counterterrorism. Indeed, the policy provides enough flexibility to support Trump’s economically focused interests, and given that Trump has expressed other, more pressing priorities, the administration likely will not find it necessary to spend time and resources on a comprehensive review. However, Trump may move to streamline some of the bureaucracy responsible for arms transfer decisions and eliminate key offices or positions within the State Department.

Additionally, given Trump’s views on job creation and the importance of supporting U.S. industry, it is likely that the new administration will continue the practice of sending arms to U.S. allies to support U.S. interests. But, he also could make such sales contingent on certain behaviors or actions and challenge the reliability of the United States as a supplier. Some U.S. customers are concerned about a transactional approach to arms sales under the Trump administration, which could undermine defense relationships and reliability. Signs also point to the continuation of the export control reform process under Trump, particularly with regard to Foreign Military Sales and the International Traffic in Arms Regulations (ITAR). This could be a positive sign for industry, which has favored a more streamlined and predictable approach to arms sales, though critics argue current export control reform efforts have undermined oversight, transparency, and accountability.

Overall, in the short-term, arms sales are likely to continue at the high levels seen in the Obama administration. This could be particularly true with regard to countries in the Middle East, which have historically been major purchasers of U.S. weapons. Indeed, the Obama administration made over $115 billion worth of arms sales agreements to Saudi Arabia alone, as part of 42 separate deals, since 2009, which according to expert William Hartung is “more than any U.S. administration in the history of the U.S.-Saudi relationship.” One could also argue U.S. arms sales could go down, as Trump has repeatedly expressed disinterest in getting involved in Middle East affairs, and his call to governments to take the lead in attending to their own security concerns, and not always relying on the United States. However, on the flipside those same words could indicate a possible increase in U.S. arms sales, as Trump could trade the provision of weapons for minimal political engagement.

Based on Trump’s past statements, including support for known dictators and human rights abusers such as Russia’s Vladmir Putin and the Philippines’ Rodrigo Duterte, as well as Secretary of State Rex Tillerson’s testimony during his confirmation hearing, human rights violations are unlikely to be major criteria in determining arms sales authorizations. Allowing weapons to flow unimpeded to human rights abusers opens the door for U.S. arms sales to human rights abusing governments in the Middle East, Latin America and Asia, and allows the United States to compete with Russia and Iran for arms sales to the world’s worst dictators. The Trump administration will have to decide if that is the legacy it wants to leave at the end of its term.

About the author:
*Rachel Stohl is a Senior Associate and Director of the Conventional Defense program at the Stimson Center.

Source:
This article was published at the Stimson Center

The Stimson Center is a nonpartisan policy research center working to solve the world’s greatest threats to security and prosperity. Think of a modern global challenge: refugee flows, arms trafficking, terrorism. These threats cannot be resolved by a single government, individual, or business. Stimson’s award-winning research serves as a roadmap to address borderless threats through collective action