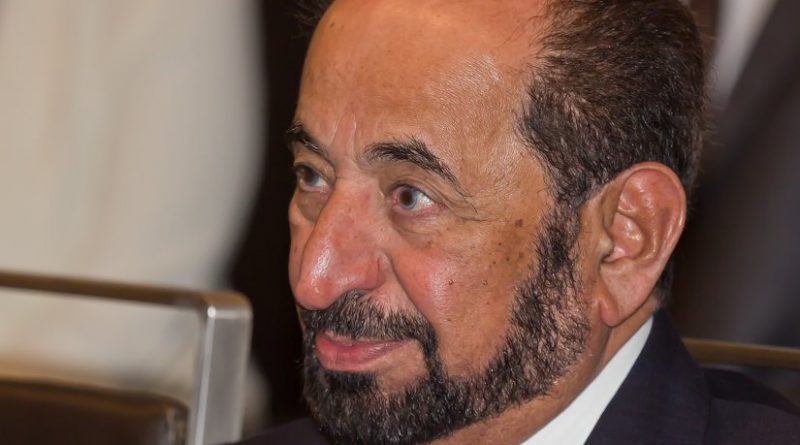 By the end of our conversation, it was confirmed that the Emirati do not like boasting. This is what Sheikha Lubna Al Qasimi, former minister of Economy and current Minister for Tolerance,  told me in 2015, when I interviewed her about the aid provided by the UAE to the Syrian refugees.

At that time, when Western voices were criticizing a so-called lack of involvement of the Gulf countries, Sheikha Lubna Al Qasimi told me, ”We don’t like to boast with our aid and help given to the needy…This is our culture, to give but to remain silent, humble and modest….”

This is a fact that is often undetected by Western perceptions.

Indeed, His Highness Sheikh Dr Sultan bin Mohamed Al Qasimi, the Ruler of Sharjah, does not like to speak about his achievements. He has sworn: “I shall build Sharjah before I die”, and he has turned it into a beacon of culture and education.

However, it will be always for others to reveal the progress, so one must collect pieces of conversations to make up the whole picture.

Sharjah’s state politics is education, philanthropy and communication with the world, and the words “education” and “knowledge” are pronounced here every second.

If all governments did that, the world would be a better place.

Sheikh Sultan bin Ahmed Al Qasimi, Chairman of the Sharjah Media Council, reveals some of the leadership secrets of the Ruler of Sharjah – solid communication with the people, actual response to needs, education and patriotism.

“He loves being on the ground, helping people in a discrete manner, not only in Sharjah, but across the world…but he doesn’t want to talk about it! We tried once to showcase all of the mosques and schools that he has built and he said: NO! Let us not show off!” said Sheikh Sultan bin Ahmed Al Qasimi.

Sheikh Sultan bin Ahmed Al Qasimi continues: “He and his wife, involved in humanitarian aid, work for the prosperity of Sharjah and mankind, focused on the human being and prosperity. The ruler of Sharjah believes that one should be proud if one works for his society! So he set up the Children’s Parliament in 1997 in Sharjah, for children between 5-12, to develop skills in the youth, and some of them are now working in various Government departments.”

His Highness “also ensures special care for all social categories, and one good creation is the mobile surgery, the mobile care for the elderly and has direct communication and contact with the citizens, which is the best example of government communication in the world, through a program on a radio channel and a program on a TVchannel that allows citizens to call live and submit a problem, then the TV presenter calls the governmental department and tries to solve the problem. Every twp weeks, His Highness Sheikh Sultan, Ruler of Sharjah, will come to the TV channel to solve problems live,” said Sheikh Sultan bin Ahmed Al Qasimi.

Since the 1980s, Sheikha Jawaher Bint Mohammed Al Qasimi, the wife of the Sharjah Ruler, has been involved in humanitarian work in other countries where she has dedicated herself to helping victims of conflict, especially children.

The UAE is a country that has economically grown 324 times in 44 years only and has reached that level of development that allows it currently to have a UAE Space Agency that works with NASA on the first Arab mission for planet Mars, Amal.

When asked what is the secret of the country, Sheikh Sultan bin Ahmed Al Qasimi said: “Unity in diversity: Dubai is economically strong and has unique creative visions , Adu Dhabi provides diplomacy, Sharjah ensures education – priority is given to research, 120 million USD are spent on scientific research every year….We raise the best students, for instance, the Mars mission is taking place in Dubai, but the team are all Sharjah graduates …so, the emirates complement each other. We are lucky to have our leaders!”

When you insistently ask why are the Emirati leaders are so constructive and visionary, you may have the modest reply that “here in the UAE, we all learn from each other, and leaders have the ability to be close to the people, this is the big secret”.

I suddenly remembered that in the Western world, the arrogance of the leaders and lack of communication between the elected and the electorate have become the new culture, so…. this may be indeed the secret of the UAE culture of excellence.

The Emirate of Sharjah, meaning “the rising sun,” is the third biggest of the seven United Arab Emirates. It was first inhabited 6,000 years ago, the first to have an airport in the Gulf area in 1932, the first to have a cinema in 1945. It was the cultural capital of the Arab world in 1998 and the capital of Islamic Culture in 2014, due to a sophisticated cultural infrastructure, including specialized museums such as Sharjah Archeological Museum, the Natural History Museum, Sharjah Museum of Science, Sharjah Art Museum which organizes a wide range of exhibitions including modern and futuristic art, the Islamic Museum, the Heritage Museum.

Every year, the emirate holds the “Sharjah Cultural days” in one city in the world, celebrating the Emirati culture through festivals and exhibitions. With 80 programs, and dozens of thousands of students enrolled, the University of Sharjah is one of the largest in the Arab world. It was founded in 1997 by Sheikh Sultan, Ruler of Sharjah, who strongly believes that “developing the human being is the cornerstone of development”.

*Marcela Ganea is an academic and international journalist. She holds a BA in Foreign Languages, an MA in Security Studies and a PhD in American Studies. She writes on the geopolitics, foreign policy, economy, security, Space, media, education, and culture.

Home » Secrets Of Leadership: The Emirate Of Sharjah – OpEd