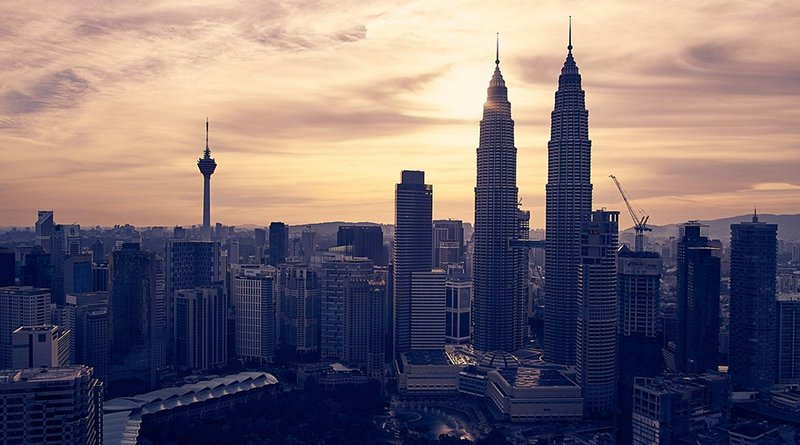 I begin this week’s column with a rap. Let us sing along, like it is a Hari Raya/Eid Celebration song. Here it goes:

This new Malaysian government is a doom.

Afraid of using zoom. To face the nation of gloom. Politics where corruption is heirloom.

They came in through the backdoor through a little room. Some flew like witches with brooms. Then what they saw Covid awaiting, was an economy that went kaboom!

The backdoor gang sang the song “fatty fatty boom boom … Every night steal corns or jagong under the dark light of the moon.

The kaboom-zoom-boom boom-back room gang-with brooms set up a regime in a tense moment of high noon.

“Zoom-Ala-Kazoom,” said Ali Baba and 44 old thieves with Harry Potter’s brooms. They thanked the backdoor gang for many moons.

Let us not have parliament with Zoom, they said to the old regime. Let us mute all of you and have meetings every 12 full moons.

We may not have economic boom, the regime proclaimed, but we sure will have a party of “fatty fatty boom booms”. Every full moon.

“Here, you losers: take these stones. Turn them into your tombs,”said the chief boom-boom officer to the kaboomed soldiers of old regime.

As ritual, the backdoor leaders each got a broom. To clean society in a time of doom. They used it instead to fly to the moon.

“Free at last! Free at last! Thank you, chief boom boom!” the Ali Baba nyonya and 44 thieves sang with microphones made of brooms.

But chief backdoor boom boom did not hear the roaring sound of aumm aumm aumm from the Ali Baba nyonya coalition party whose members are howling under an eternal full moon.

“People are angry with no parliament via Zoom!” yelled members of opposition-gloom. Chief boom boom said: “Let them eat Ketum. We care only to party till the moonlight goes kaboom! and till we fatten our boom boom!”

But seriously folks, we might as well have parliamentary congregations in a cave if fear of the public is the reason for such act of destruction of democracy. Future parliaments will be about opening speeches followed by “doa selamats”/incantations of well-beings. After that we’ll have “joli katak”/party like rock stars sessions celebrating victories.

Today’s politicians are over-glorified ogres whose disposition range from being honest crooks to despicable scumbags. One by one, the crooks will be off the hook. Why? Because that’s Malay politics for you where due to race and religion, all will be pardoned.

These types of politicians are a species with a mastery of flowery and fiery language employed to get the attention of the people. The people are to be neglected and stepped upon once power is gained.

I ask: “Should the old regime even come back in a ‘new normal’? When it was the old that created the infected new. In this the culture of Malaycoronapolitics?”

I don’t think this government will survive long. They’re just here to loot as much as possible without shame or any backbone. Their mode of entry was the shameful backdoor.

This is the synopsis of the tragedy – he quit to protest against the prime minister. He left through the front door and later returned to open the back door and let the Ali Babas back in.

Within these two years, we’ll see the massively corrupt setting themselves free such as those Harry Houdinis of 1MDB. Hallelujah. There has never been any “Islamic Party” opposing 1MDB. There are only turban-ed politicians “halal-izing the harams” calling corruption “makruh”.

“Tumpas” or Team Umno-PAS will be strong and victorious. It will gobble up even those who orchestrated the backdoor coup, a political suicide. Every fallen MP from the old regime wants his/her job back through a holy and unholy alliance where the pay will be really good and is no longer about ideals.

Now is the time for the new regime to have its revenge to hunt down those in Pakatan Harapan and prosecute. There was so much confusion, infighting, back-stabbing and mistrust in the Harapan government the crooks in it took the chance to have a backdoor coup and ran away with the loot.

Our question now – would it seem better not to vote in the next general election? What does it mean anymore? It is all a farce. Malaysian politicians are making lots of money while the poor are struggling to feed their family. Is it the politicians’ job to fight endlessly for political gain?

This is why we Malays and non-Malays – all Malaysians – are angry with Malaycoronapoliticians. They fight about the past instead of constructing a peaceful future. They have no shame and are spineless.

They are fighting in Melaka, Perak and Kedah. They are creating chaos in governance instead of working hard to alleviate the suffering of the people. That’s Malaycoronapolitics for you. What will the future bring?

They are not interested in doing their job and helping people. They just want to topple one another and sit on piles of money. Malaycoronapolitics is like “politik jongkang jongkit” (as the Johoreans say) – the politics of see-saws in a playground for the useless power elite. This coronapolitics is everywhere, even in Kedah too. Malay Politics is not only bad to the bones but sick to the cells. Malaycoronapolitics as a culture of in-breeding.

These days we see even thieves parading their piety on TV and in social media. Next, they’ll be Zooming themselves praying. Ah, religion used as opium.

The idea of giving your vote to a politician and calling him or her “Yang Berhormat” is to me, simply dishonourable and repulsive. Who wants to be represented by any coalition, be it Harapan or Perikatan Nasional, when all we are seeing are just crooks fighting over the loot?

Malaysian politics is so chaotic we need a Malaysian Napoleon to emerge and unite the nation. Someone short and chubby and very stern-looking to bring stability and to discipline those who are power and money crazy, using the fullest justifiable extent of the law. Someone to bring back the rule of law and not let lawlessness reign.

I continue to feel that these Malay or race-religious based parties are now so outdated for the new Malaysia. They are useful only to play out one another.

Bersatu, for example, was formed to protect Malays only, a waste of time. As if we still cannot understand the ideal of pluralism and multiculturalism we ought to already put into policy. Any new party, if it must be conceived and given birth to, should serve all Malaysians now. It is time for a new wave of thinking to serve our needs as a nation.

In all these developments of the doom and gloom of a government afraid of meeting people using technologies such as Zoom, I say this – the media should not profit from the fight between this and that coalition. People are fed up.

Let us start promoting a third force, one that will put to rest coalitions of parties that have become too arrogant and too distant from people they are supposed to represent. It is time to ignore the two coalition parties that use the people’s votes to gain power so that wealth can be accumulated, and the fights orchestrated until the nation gets infected with Malaycoronapolitics.

Home » Malaysia: Government Of Doom That Is Afraid Of Zoom – OpEd