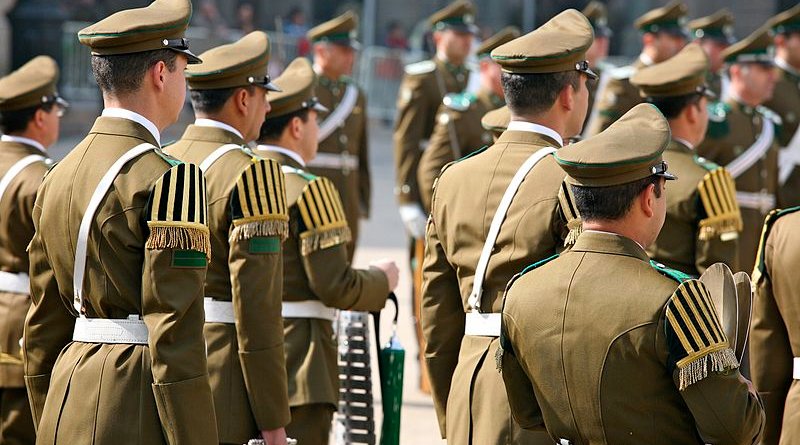 For many years, Chile was the exception in Latin America, with an unprecedented model of sustained economic development. Contrary to populism and demagoguery, the Chilean recipe for the last forty-five years was respect for private property and entrepreneurial freedom. Indeed, the phrase “Chilean miracle” was even used by economist Milton Friedman to describe the Chilean economy’s reorientation in the 1980s from socialism to a free market economy. Many other commentators looking at Chile’s remarkable growth in recent decades have come to a similar conclusion. Twenty years ago, it looked like Chile was well on its way to joining the world’s developed countries as the wealthiest in the world. However, this predicted path looks less and less likely as Chile’s reputation, as a country of freedom and opportunity is coming to an end.

One year after the so-called Social Outbreak—a new movement of riots and leftist activism designed to undo recent decades of promarket reform—it is possible to conclude that Chile will NOT become a developed country in the coming decades if it continues down this path. With the current system the country cannot end the political, economic, and social decline that has lasted more than a decade. It is a cultural problem, reflected in many areas, including rampant violence and crime, that along with economic hibernation and politicians’ irresponsibility has contributed to the collapse of the Chilean economy.

International indicators explain the debacle of the Chilean economy in the last decade:

1. The Index of Economic Freedom (by the Heritage Foundation and the Wall Street Journal) shows that Chile fell from eighth place in 2008 (the country with the freest economy in the Americas) to twentieth in 2017.

2. The Doing Business Index (World Bank) indicates that Chile fell from fortieth in 2008 to fifty-nineth in 2020.

3. The Corruption Perception Index (Transparency International) shows that Chile fell from twenty-third place in 2008 to twenty-sixth in 2020.

4. The Fiscal Competitiveness Index (Tax Foundation) places Chile among the five worst in the Organisation for Economic Co-operation and Development (OECD). More specifically, Chile’s maximum corporate tax rate is 27 percent, while the OECD average is 23 percent (Chile was the only country that increased this tax by ten percentage points in the last decade!).

The economic recovery proposals are not promising either. On the one hand, the proposed government plan “Step by step, Chile recovers” consists of the “Keynesian aphorism”—that is, a lax fiscal policy of sustained increase in public spending (9.5 percent more than in 2020) and the financing of the fiscal deficit (–9.5 percent in 2020) with higher public debt (which would reach 44 percent of GDP in 2022 and 70 percent in 2030, the highest amount in the last thirty-five years). It is the prelude to new tax increases for families and entrepreneurs in Chile. At the same time, the Board of the Central Bank of Chile has agreed to the “monetarist aphorism,” a loose monetary policy to keep the monetary policy interest rate at 0.5 percent (but the gross interest rate should be around 4 percent!). These artificially cheap loans portend higher debt rates for Chileans (total Chilean household debt has reached 75.4 percent of their disposable income, a historical record).

Economic theory reveals that higher risk of confiscation (for example, political instability, public sector corruption, lack of public order, arbitrary institutional arrangements, manipulation of the money and credit supply, high risks of default, taxes, and expropriation regulations) tend to anticipate decreasing levels of entrepreneurship and therefore of economic development. These interventions affect people’s ability and willingness to look beyond the immediate present and take a long-term view to adopt new ideas and take risks. As Jesús Huerta de Soto said, “whoever wants to favor development must encourage and promote entrepreneurship; on the other hand, whoever prefers underdevelopment and social conflicts must put all kinds of obstacles in the way of entrepreneurship.” These facts explain why Chile’s average annual growth in the last six years has been 0.7 percent, far from the 5.5 percent between 1977 and 2013 that positioned the country as a development model for Latin America.

In conclusion, Chile will not be a developed country unless it returns to a culture of respect for private property and free enterprise. This must be done while addressing long-term development challenges, fostering ideas of freedom that make countries prosper.