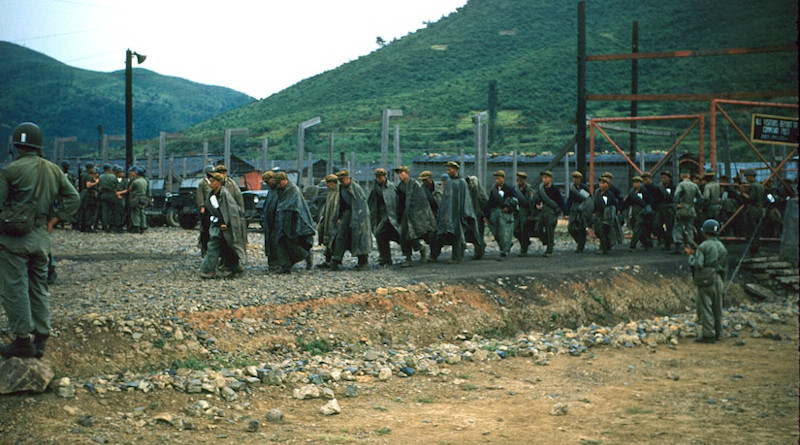 An intriguing Global Times editorial was published earlier in October to mark the PLA’s 70th  anniversary of  “victory” over US forces in Korea. The analysis, rather economical with facts, suggests that will, strategic wisdom, the Chinese character, superiority of the socialistic system, just nature of China’s cause, and leadership helped them win. It concludes that these very same factors today portend another resounding triumph for China in any conflict that may break out in the South China Sea (SCS).

However, major changes have taken place in the international strategic landscape since the Korean War. China’s security today is ironically challenged by the same dynamics that advanced its rise and pampered its ambitions of global leadership. The alarming development is that China seeks to dominate and revise international institutions with neither an alternative nor after changes within. Ultimately, the significance of revisiting China’s strategic decision-making during the Korean War to achieve victory in a contemporary struggle is baffling.

This article situates the SCS dispute in the historical context of the Korean War, using China’s own analogy. It also considers whether the factors relevant in 1950-53 could similarly impact the outcome of the current situation in the SCS.

The history of North and South Korea began as a fall-out of the surrender of Japan in 1945. The undivided peninsula for centuries was ruled by dynastic kingdoms with an interregnum of annexation by Japan in 1910. An early casualty of the Cold War, the Soviets set up a communist regime north of the 38th parallel. South of that latitude, a military government was established and supported by the US.

The Korean War broke out in 1950. The world hardly understood the character of this new war that turned the ‘Land of the Morning Calm’ into a battlefield—a war that had not only military dimensions, but also played out on an ideological and social plane. Meanwhile, in neighbouring China, allied victory over Japan did not bring peace. The civil war between Chiang Kai-shek’s nationalist army and Mao’s communists once again erupted (it had been quiescent during the war with Japan in 1937-45). By 1949, Mao controlled all of China while the nationalists withdrew to Formosa.

Mao perceived that without “Korean ‘lips’ to protect them, the Chinese ‘teeth’ would be adversely affected.” Korea was the northern pressure point that could cripple China’s objective of communist dominance in East Asia. As a bulwark against western incursions, Mao signed the 1950 Sino-Soviet Treaty that committed the two sides to mutual support in conflict. War broke out on the peninsula when the Democratic Republic of Korea’s (DPRK) communist forces invaded the Republic of Korea.

China actively entered the war by the end of 1950. The 1953 armistice that ceased hostilities left the peninsula divided along the 38th parallel much as before—never mind that nearly 5 million people died. There is still no peace.

However impatient China may be to outline templates, the one lesson of history is never to claim a wisdom that provides guidance—particularly if we attempt to re-create a past that is linked to the present rather tenuously.

Chinese President Xi Jinping told the UN in September 2020 that Beijing “will never seek hegemony, expansion, or sphere of influence.” History, however, advises that China will use force or coercion against countries that contest its power. Still, can we today make a strategic assumption that the factors that influenced the Korean War will influence the outcome of the current situation in the SCS?

The PLA is not the same battle-hardened Mao’s army, nor are its leadership and motivations as intense. Most importantly, the character of the developing conflict in the SCS is vastly different. This is in terms of the medium within which it is to be fought, technologies involved, social conditions, and other factors that change with time, geography, and adversaries. Therefore, the answer to the question must be ‘no’.

Yet, in a system that has to an extent perfected the art of feeding its citizens ‘alternative facts’, there is little stopping China from resorting to sensational cyber disruption of global networks, state-sponsored terrorism, or even a limited armed conflict in another theatre—whether Taiwan, Tibet, or India. China’s military forces are already in support of an indirect strategy as they ‘nibble’ away in India’s Ladakh region.

Xi’s attempts to alter the existent Line of Actual Control (LAC), and push deeper into Indian territory to add depth to its illegally constructed Aksai Chin Highway, is well underway. This highway links China across the peripheries of Tibet and Xinjiang through the occupied plateau. If a pattern is discernible, it is that China perceives its gnawing aggression to be below the threshold of war. While these manoeuvres continue as a smoke screen, the focus remains on their strategic centre of gravity: the Indo-Pacific.

As China plays on its delusions of rejuvenation, revision, and world domination, the danger lies in the challenged parties adopting a counter-strategy that is at first over-cautious, and then conciliatory. For China, there are hazards to steering across this precarious armed ‘peace’ on-board a ship made of beliefs on how best to contest and confront, rather than hard estimates of intentions. It is fraught with prospects of Xi’s grand vision becoming a self-fulfilling prophesy.

Home » China And The Korean War: A Cracked Mirror For The (Global) Times? – Analysis

One thought on “China And The Korean War: A Cracked Mirror For The (Global) Times? – Analysis”