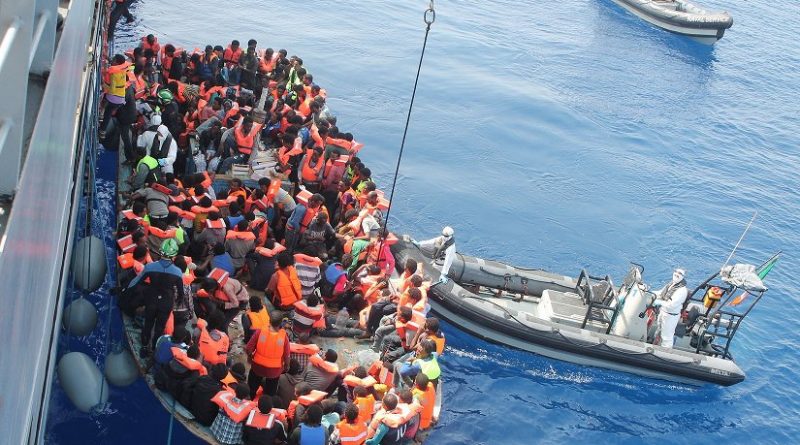 Crossing the Mediterranean to Europe is “by far the world’s deadliest” journey for migrants, with at least 33,761 reported to have died or gone missing between 2000 and 2017.

According to a report, released Friday from the International Organization for Migration (IOM), notes the highest number of fatalities, at 5,096, was recorded in 2016, when the short and relatively less dangerous route from Turkey to Greece was shut, following the European Union-Turkey deal.

“Shutting the shorter and less dangerous routes can open longer and more dangerous routes, thus increasing the likelihood of dying at sea,” said Professor Philippe Fargues of the European University Institute, who authored the report, Four Decades of Cross-Mediterranean Undocumented Migration to Europe.

The report reviews available evidence on trans-Mediterranean irregular migration to Europe along various routes going back to the 1970s, particularly on the magnitude of the flows, the evolution of sea routes to Southern Europe, the characteristics of migrants, the extent to which one can separate between economic and forced movements, and mortality during the sea journey.

More than 2.5 million migrants have crossed the Mediterranean in an unauthorized fashion since the 1970s.

Irregular sea journeys started rising in those years in response to the introduction, by Western States grappling with rising levels of unemployment during the 1973 oil crisis, of visa requirements for people who until then had been exempted – most of them temporary labour migrants from North Africa and Turkey.

These policies encouraged those who were already in Europe to stay, increased irregular migration of family members to join their relatives in Europe and gave way to the smuggling business, the report states.

The report also highlights differences between the modern pattern of migration from Africa to Italy, mostly via Libya, and that from the Middle East to Greece via Turkey.

Arrivals to Greece from Turkey since 2009 have been primarily of nationals from origin States affected by conflict and political instability, such as Iraq, Afghanistan and Syria.

Noting the limitations of available data on irregular migration, the report says the numbers of deaths at sea may grossly underestimate the real number of people who die or go missing while crossing the Mediterranean, as they are based on numbers of bodies found and survivors’ testimonies.

About the author:
*Andreas Michalopoulos is a journalist.