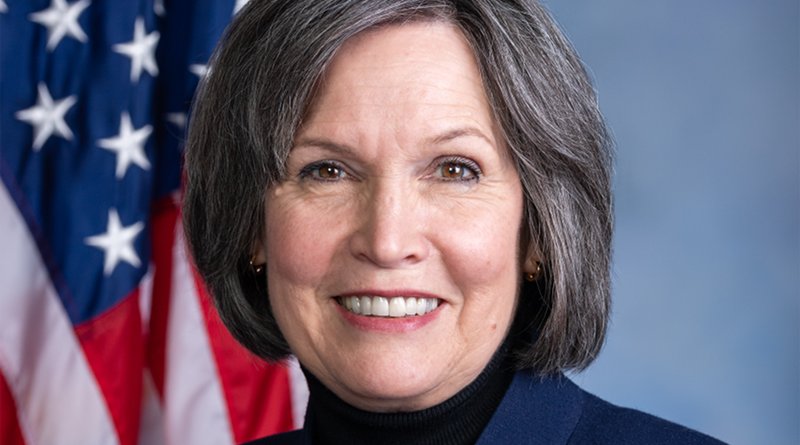 Human and civil rights do not have a religion, nationality or an ethnic identity. They are universal rights, meaning you don’t have to be from a national, religious or ethnic group that faces human rights violations to speak out in defense of those rights.

The strongest voices oftentimes are women like Ilhan Omar, the Somali-American congresswoman from Minnesota, or Rashida Tlaib, the Palestinian-American from Michigan. Both Omar and Tlaib are Arab and Muslim, and are natural voices to advocate for the human and civil rights of Palestinians, one of the most oppressed and wrongfully vilified people on the planet.

But Omar and Tlaib are not the most fearless in championing Palestinian and Arab rights. That title belongs to one of Omar’s congressional colleague, Betty McCollum.

McCollum is a former high school teacher and saleswoman who decided to enter politics in 1986 and won a city council election. Her fight for Palestinian freedom and justice doesn’t stem from an ethnic, national or religious affinity with the Palestinians. It comes from a purity of belief that human and civil rights are the right of every individual regardless of race, religion or nationality. That makes McCollum’s voice and advocacy righteous.

She has fearlessly pursued legislation that most other Americans might avoid. She refused to back down when Congress brushed aside calls to place restrictions on the $4 billion in annual financial aid that is taken from US taxpayers and given to support Israel. She introduced a law that would prohibit Israel from using that taxpayer money to detain Palestinian children, the Promoting Human Rights for Palestinian Children Living Under Israeli Military Occupation Act or House Resolution 2407.

McCollum asserts she is pro-Israel, but her voice against Israel’s repeated human and civil rights violations against Palestinian civilians has made her a target of AIPAC, the pro-Israel organization that serves as an umbrella for the distribution of millions in pro-Israel campaign contributions against critics of Israel’s human rights violations and to loyal pro-Israel challengers.
She comes from a typically average American upbringing and that’s what gives her voice resonance.

In 1992, McCollum won election to the Minnesota State legislature and served until running for a US congressional seat in 2000, becoming only the second woman to represent Minnesota since Minnesota became a state in 1858 representing the 4th House District.

A Democrat, a Christian and a single mother with two children, McCollum has never shied away from taking on the most controversial and tough challenges.

It is one reason why she can stand up to AIPAC’s efforts to undermine her and push her out of office to silence her voice.

Her biography touts her independence, and maybe that’s what makes her so popular with her state’s citizens and protects her from her foreign critics. McCollum is an American fighting for American issues, and she can champion justice for Palestinians not as a Palestinian issue but as an American issue.

“Throughout her career in public service, Congresswoman McCollum has been a champion for excellence in education, protecting the environment, expanding health care access, fiscal responsibility, and robust international engagement that prioritizes diplomacy, development, along with a strong national defense,” her official biography says.

“Education, health care, and investments in transportation infrastructure are top policy priorities for Minnesota families and the Congresswoman. With over 20 institutions of higher learning located in the Fourth District, keeping higher education affordable, accessible, and high-quality is important. A strong proponent of public education, she supports keeping our schools accountable to parents and local officials. McCollum is a champion for universal health coverage for all Americans and a strong supporter of the Affordable Care Act. Following a decade of work and almost $1 billion of federal investment, she welcomed the opening of the “Green Line” light rail corridor between St. Paul and Minneapolis, along with the restoration of the historic Union Depot as a multi-modal transit hub.”

Nowhere does her official biography mention her support for the Palestinians or criticism of Israel’s government. it is laser-focused on fighting for mainstream issues that mainstream Americans embrace.
McCollum is everything that American voters want in an advocate for American rights and the principles of justice that separate the US from other countries.

That is what makes her support of the Palestinian cause so powerful. McCollum sees the abuse of Palestinians not as a Palestinian, Arab or Muslim issue but rather as a fundamental core issue of human and civil rights in its purest form.

Any Arab-American who wants to become more effective in fighting for justice must first become voices for American issues and then use that as a foundation to fight for other important, but foreign, causes.