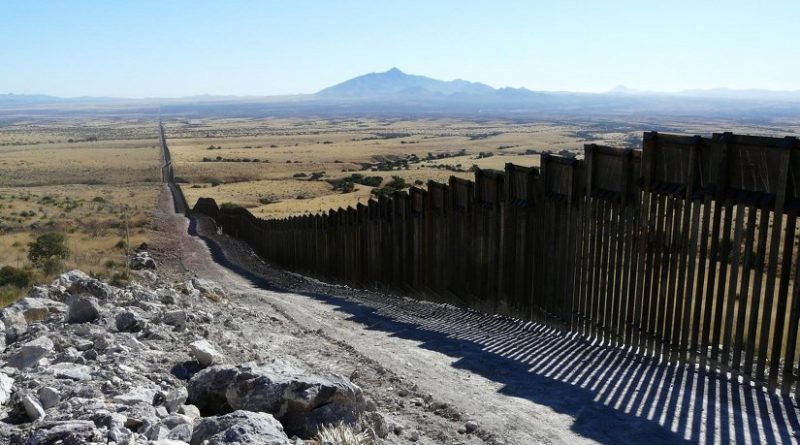 At the US-Mexico border at the Coronado National Memorial/Roosevelt Easement. The wall and wide patrol road cause habitat fragmentation, threatening the well-being of many species. Credit Matt Clark/Defenders of Wildlife

The House of Representatives voted Tuesday night to block President Donald Trump’s declaration of a state of emergency along the U.S.- Mexico border.

The declaration would allow Trump to use money for a border wall without congressional authorization.

Passage in the Democrat-controlled House was expected. Success in the Republican-led Senate is much less assured, even after three Republicans —Susan Collins, Lisa Murkowski and Thom Tillis — have already said they oppose the emergency declaration. Other Republicans also say they oppose Trump’s action but have not said whether they will vote against it.

Even it were to pass in the Senate, Trump has promised a veto.

House Democrats argued that Trump’s Feb. 15 declaration of an emergency went against the constitutional separation of powers that gives Congress control over how federal money is spent.

Tillis wrote Tuesday in an opinion piece in The Washington Post that he “cannot justify providing the executive (Trump) with more ways to bypass Congress.”

Tillis also voiced fears that a future Democratic president would use another declaration of a national emergency to force through policies that Tillis opposes.

“There is a national emergency at the southern border that the Democrats will declare today doesn’t exist,” McCarthy said. He said Democrats have voted for border wall construction in the past and now are opposed simply because Trump is proposing it.

There are numerous lawsuits challenging Trump’s intention to build more than 320 kilometers of new wall by tapping funds authorized for other government programs.

Trump has said he expects to lose the initial legal skirmishes over the border wall but eventually win in the Supreme Court.

He has argued since the 2016 that the United States needs a wall to stop people from entering the country illegally and to interdict the flow of illegal drugs. He demanded Congress approve $5.7 billion in spending for wall construction, but Democrats refused, saying a wall is an expensive and ineffective way to address border security issues. Instead, they agreed to a border security spending package that included nearly $1.4 billion for about 90 kilometers of border barriers in Texas.

Trump’s emergency declaration allows him to reallocate about $6 billion in money already approved for other purposes, most of it from the Defense Department.

A bipartisan group of 58 former U.S. national security officials issued a statement Monday saying Trump had “no factual basis” to declare a national emergency to build a wall.