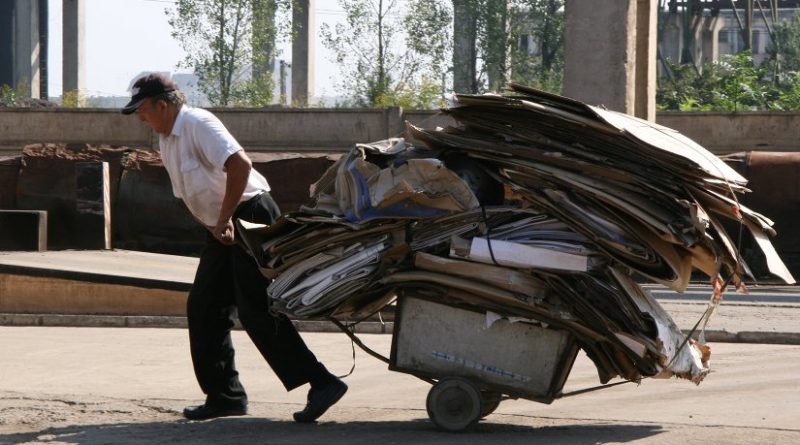 Aristotle, the Greek philosopher said, “The mother of revolution and crime is poverty”. Mahatma Gandhi too said, “Poverty is the worst form of violence”.

In general, the major visible causes of poverty are harmful economic systems, conflict, environmental causes such as drought and climate change, and population growth. The invisible causes of difficulty in decline level of poverty in some of the poorest regions of the world are exploitation of the society, damage of national foundations and resources during the colonial period, which also divided the society to be unstable and weak to recover from poverty compared to other regions.

Poverty has strong penetration and negative effects on the majority of third world population. Inequalities in distribution of national wealth have widened the gap between the rich and poor. And it is being observed that in many rural areas of developing countries poor are becoming poorer and rich are becoming richer and there is reproduction of poverty, rather than poverty alleviation.

International human rights instruments protect the rights of all people to an adequate standard of living and well being, including food, clothing, housing, clean water and medical care. Unjust governance, debt and aid conditionality and trade practices are undermining these rights.

The largest sections of the world’s poor are the women, children and men who live in rural atmospheres. They are the subsistence farmers and herders, the fishers and migrant workers, the artisans and indigenous peoples whose daily struggles rarely capture world attention.

The World Bank measures poverty since 1990, with $1.25 per day income on purchasing power parity basis. Country wise India has one of the highest numbers of poor and region wise sub-Sahara region has one of the highest numbers of poor people. Africa is the continent with the second largest number of hungry people, as Asia and the Pacific had 578 million, principally due to the much larger population of Asia when compared to sub-Saharan Africa. According to United Nation’s Millennium Development Goal (MGD) program 270 million or 21.9% people out of 1.2 billion of Indians lived below poverty line of $1.25 in 2011-2012. In 2010, 414 million people were living in extreme poverty across sub-Saharan Africa. According to the World Bank, those living on $1.25-a-day accounted for 48.5 percent of the population in that region in 2010.

Eighteen of the poorest countries by GDP per capita are in Africa. That is not surprising given the famine and war that have racked the continent for the better part of the last four decades. According to Gallup World, in 2013, the 10 countries with the highest proportion of residents living in extreme poverty were all in sub-Saharan Africa.

Data from the World Bank say that developing countries in East Asia, Latin America and South Asia have seen the number of citizens in extreme poverty — that is, living on less than $1.25 per day — on the decline. But in sub-Saharan Africa, these rates are increasing despite the region’s fast-paced economic development in recent years.

Economically poverty focus on material needs such as food, clothing, shelter, or safe drinking water. It is a condition in which a person or community is lacking in the basic needs for a minimum standard of well-being and life due to lack of income. The increase in poverty runs parallel sides with unemployment, hunger, and higher crime rate.

There are many diverse causes why a greater proportion of a country’s population may be in poverty than in others, and there are a variety of reasons that may clarify poverty in South America. The countries that have the maximum poverty rates are Bolivia, Colombia and Venezuela. Each country has their own in-house problems, which leads to their high percentage of poverty, and an outline of poverty in each of these countries in South America.

Many countries of sub-Sahara region could not meet the target of UN Millennium Development Goals. The human development index indicators like Life expectancy, adult literacy rate, gross enrollment ration and GDP per capita (PPP US$) of most of the sub-Sahara regions are below standard.

Bangladesh, India, Nepal and Pakistan have higher percentage of poor people in South Asia. Due to inequality in distribution of national resources, there is big poverty gap between the urban and the rural population in these countries.

Poverty itself is a main root of hunger. Every year thousands of people are dying across the world due to hunger because they cannot buy the food as result of their poverty. On the one hand the government and people of the developing nations have the prime responsibility to address the basic needs of their both the absolute and relative poor people and on the other hand the developed nations and the international organizations have to be more serious in supporting the poor communities of the world. In long run, poverty is harmful for both the poor and the rich people equally.

*The author is a former expert United Nations Africa.