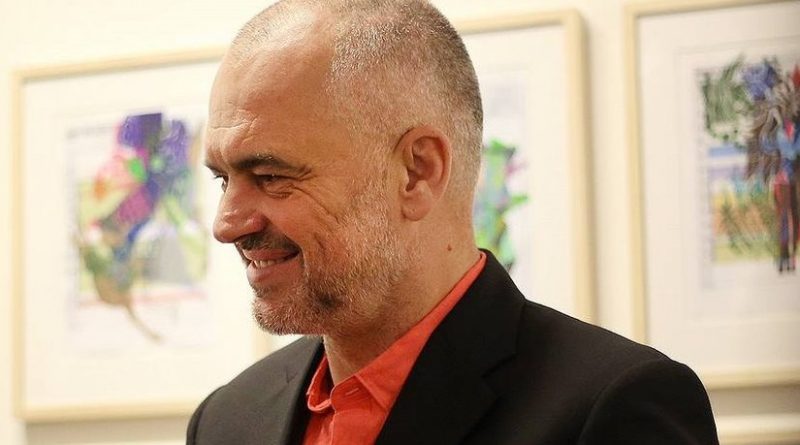 The ruling Socialist Party, under Prime Minister Edi Rama, are set for another term in government, preliminary results suggest.

According to Albania’s Central Electoral Commission, CEC, preliminary results show that the Socialist Party, PS, in power since 2013, won 47.86 per cent, after 66 per cent of votes have been counted.

The opposition Democrats, led by Lulzim Basha, came second with 28.33 per cent, while the junior partner in the ruling coalition, the Socialist Movement for Integration, LSI, came third with 14.38 per cent of votes.

PS’ results suggest that the party may be able to form the government alone, as it is likely to hold 73 of 140 seats in parliament.

According to CEC, the turnout was 45 per cent – one of the lowest ever reported for a general election in Albania.

Due to low voter turnout, CEC even decided to postpone polling station closures by an hour, from 7:00pm to 8:00pm.

Although election day passed relatively peacefully, the interior ministry opened a phone line so that anyone who had information about vote-buying or pressure being applied to voters could report issues to the police.

Earlier in the day the deputy prime minister, Ledina Mandija in a interview with News 24 said that the Prosecutor’s Office had received information that certain armed groups had been travelling in cars with no license plates and had been involved in vote buying. The incidents were reported in Delvine, Lezhe, Lushnje, Velipoje and Shkoder.

Minister of Interior Dritan Demiraj said that based on his information there has been an increase in vote-buying on election day.

Local media also reported that tensions were flaring between supporters of LSI and PS. Various people from both sides have alleged intimidation. Incidents were reported in the northern city of Shkodra and there was a physical altercation in the port city of Durres, News 24 reported.

LSI also stated that one of its members in the coastal northwestern town of Shengjin, has been shot.

Police initially reported that shootings occurred in a restaurant in the port area. They said that at the site of the shooting a shell casing was found, and that no one seeking treatment for a gunshot had sought help in area hospitals.