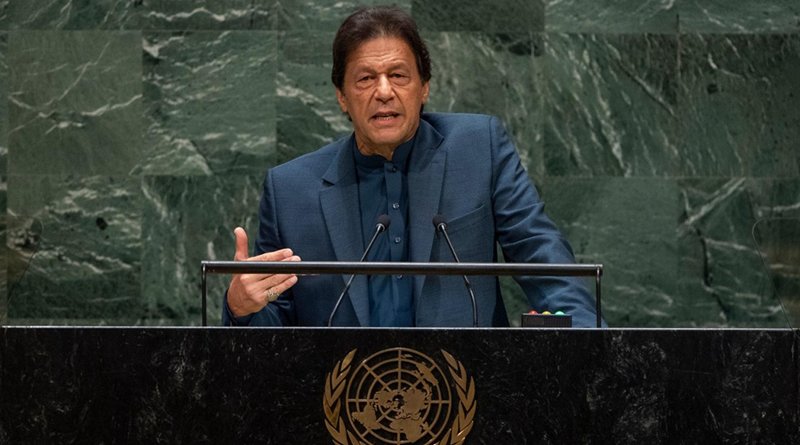 “The great majority of us are Muslims. We follow the teachings of the Prophet Mohammed (may peace be upon him). We are members of the brotherhood of Islam in which all are equal in rights, dignity and self-respect. Consequently, we have a special and a very deep sense of unity. But make no mistake: Pakistan is not a theocracy or anything like it.” — Muhammad Ali Jinnah

The people of Pakistan particularly and the whole nation generally have been suffering from multiple crises since its inception. Because the group of people dubbed as ruling elite either has misunderstood the real essence of making the country great, developed, respectable, stable and peaceful or they have been making themselves fool since long that the way they have been running the country is a right and most appropriate. However, no country can develop and become stable without behaving as a nation.

Because it is a collective struggle and efforts which take countries towards the path of progress, stability, peace, innovation, and prosperity. Take the examples of most developed, stable, prosperous and peaceful countries of the world why they are considered the most powerful and developed nations because they behave and act like a nation, not a flock or crowd. The people of such nations behave and act like sensible, responsible and educated citizens who prefer national interest over personal benefits. In this regard, Mark Twain said “Loyalty to the Nation all the time, loyalty to the Government when it deserves it”.

As far as Pakistan is concerned, it is totally out of an understanding that what is going on into the minds of such ruling elite as well as most of the people of the country which consider their interests above the interest of the nation. Actually, since the inception of Pakistan, the ruling elite who considers that they are fulfilling their interests through controlling, dominating and dictating the whole nation then they are living in the fool’s paradise.

The world has become globalized where actions and policies of particular group, organization, institution or nation cannot be kept hidden or secret within a specific circle, region or nation. In this regard, the civilized nations do not give much respect to such nations which rule is based on suppression and violence of their own citizens.

Moreover, any individual, group or institution whenever tries to suppress others for their dominance and benefit those societies do not progress and develop except the so-called development of such particular entity. It is not the interests, decisions or benefits of a particular entity that make nations great instead; it is the collective decisions, interests and benefits of the whole society that make nations stable and developed.

Similarly, peace and development cannot be achieved through force and violence by a particular group or entity on their own citizens; instead, it is a collective struggle based on justice and equality. In this regard, Martin Luther King said:

Every nation goes through the problems and disagreements of a specific section of society, so as Pakistan, it does not mean that they should be handled with force or coercion. Because of strict, harsh, irrational and unilateral policies and actions of these ruling elite Pakistan has been suffering from the menace of internal violence, insurgency and terrorism.

Dalai Lama XIV said “Peace does not mean an absence of conflicts; differences will always be there. Peace means solving these differences through peaceful means; through dialogue, education, knowledge; and through humane ways.” In these unstable, warlike and violent circumstances, particularly the youth of the country and generally the whole nation have been facing multiple problems, and their lives are wasted.

As rightly explained by Robert Baden-Powell that “There are thousands of boys being wasted daily to our country through being left to become characterless, and, therefore, useless wasters, a misery to themselves and an eyesore and a danger to the nation. They could be saved if only the right surroundings or environment were given to them at the receptive time of their lives.” In this regard, it is the responsibility of the ruling elite to think broad and make decisions which should be based on rationality and facts.

Home » 73 Years Of Misunderstanding By Pakistan’s Ruling Elite Continues: Be A Nation, Not A Crowd – OpEd