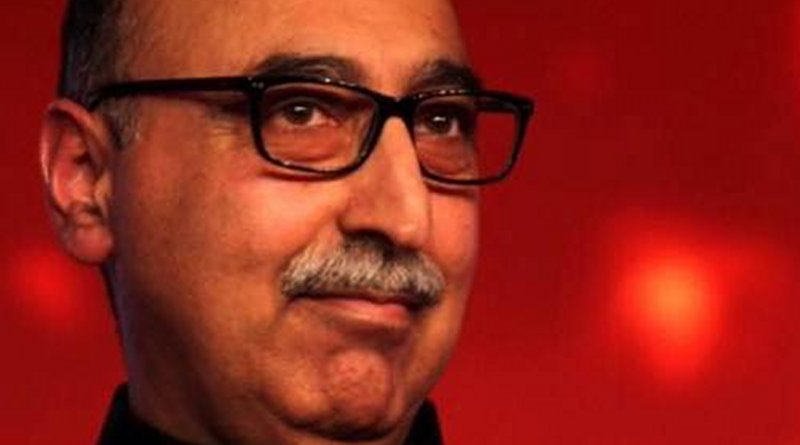 When former Pakistan High Commissioner Abdul Basit revealed that he had persuaded Ms Shoba De to write an article that reflected Islamabad’s views on the Kashmir issue and to recommend that plebiscite was the only solution, almost everyone thought that he had done so only to massage his inflated ego. But with Ms De outrightly denying this insinuation, Basit’s revelation triggered a huge debate on who was lying and who was telling the truth. Not for a moment did anyone try to analyse why would a former diplomat of a not-so-friendly country suddenly decide to divulge confidential information about how he had convinced a prominent local journalist to produce motivated content that went against the interests of the host nation.

What could be the motivation for Basit’s bolt-from- the blue revelation? Since Ms De has done him no harm, it’s evident that Basit’s allegations weren’t driven by any personal grudges. Nor can one expect a seasoned diplomat like him succumbing to a sudden urge for seeking publicity through an exposé that could alienate his own High Commission from the media fraternity of the host country. So why would a former Pakistani High Commissioner to India tattle on Ms De, knowing fully well that doing so would amount to admitting that Islamabad is following unethical diplomatic practices? Doesn’t Basit know that his revelations will henceforth make Indian media persons extremely wary of engaging with Pakistan High Commission staff due to fears of being ‘exposed’ subsequently?

In the final analysis, it becomes apparent that while Basit didn’t personally gain anything from his disclosure, the same will now make it very difficult for the present staff at the Pakistan High Commission to ‘cultivate’ reputed scribes and ‘convince’ media houses to churn out inimical content aimed at influencing certain sections of society and anti-establishment pressure groups. Since the whole incident appears to make no sense at all, it’s necessary to explore other plausible reasons and in this regard, there is one hypothesis that definitely seems reasonable. The timing of Basit’s disclosure gives the vital clue- it came at a time when the issue of abrogating Article 370 was being hotly debated in India and when the majority were speaking in favour of this decision.

Could it be that Basit’s revelation about Ms Dey having written an article on his request have some connection with the removal of Article 370? Though it does appear unlikely, but what if Basit was just playing out the script authored by Islamabad or Rawalpindi? I don’t know about the former, but the latter certainly has some very novel ways to ensure that its point is effectively and unambigously conveyed to those concerned. A small digression to elucidate the ingenuity of the methodology used by the ISI is necessary and the case of 40-year-old Pakistani journalist named Saleem Shahzad is a typical example. Shahzad was abducted from his car during broad daylight in the heart of national capital Islamabad on May 30, 2011 and a day later, his badly battered corpse with visible signs of torture was found in Upper Jhelum canal, more than a hundred miles away from the place of his abduction.

Shahzad had run afoul of Pakistan army’s spy agency Inter Services Intelligence (ISI) for publishing articles that revealed the growing menace of fundamentalist ideology within the Pakistani armed forces. He had been warned by ISI thrice to quit writing articles that portrayed the army in bad light or be ready to face dire consequences but Shahzad didn’t oblige. Six months before he was murdered, Shahzad was summoned by the ISI in connection with an article in which he had mentioned about how the Pakistan army had secretly released senior Afghan Taliban commander Mullah Abdul Ghani Baradar from their custody. When he refused to divulge the identity of the sources who provided him this confidential information, an ISI officer told him politely, “I must do you a favour. We have recently arrested a terrorist and have recovered a lot of data, dairies and other material during the interrogation. The terrorist had a ‘hit-list’ with him. If I find your name in the list, I will certainly let you know.”

Such are the sophisticated means that the ISI uses to issue warnings!

Returning back to Basit’s disclosure, is it not possible that this could yet be another variation of ISI’s way to remind scribes, media houses and possibly even political parties and pressure groups who have been (or still are) sympathetic towards Pakistan, that just like Ms De, they could also be similarly ‘exposed’ should they cease championing Islamabad’s viewpoint?

This proposition may sound odd but it’s certainly not something that can outrightly be rejected on the grounds of improbability. It may be a biased perception but on observing carefully what appears odd is that there are people who have no logical or convincing reasons to condemn scrapping of Article 370 but continue to do so. Could it be that by making Ms De, the unfortunate scapegoat, Basit has discreetly sent a ‘larger’ message to ensure that its other public opinion shaping ‘assets’ in India remain ‘loyal’?

Tailpiece: The environment today is rife with conspiracy theories. There are those who say that the Pulwama car-bomb suicide attack was an ‘inside job’ and that the surgical strikes never happened and Balakot was a flop-show. So much so that Islamabad is using the unsubstantiated allegations made by our political parties to strengthen its own fallacious narrative. In such a scenario, the hypothesis that some amongst those objecting to abrogation of Article 370 are doing so either to continue being ‘well looked after’ by Islamabad, or due to the fear of losing their professional reputation through a Basit type disclosure is far more convincing!

But this is one allegation that Islamabad will, for obvious reasons, never use!