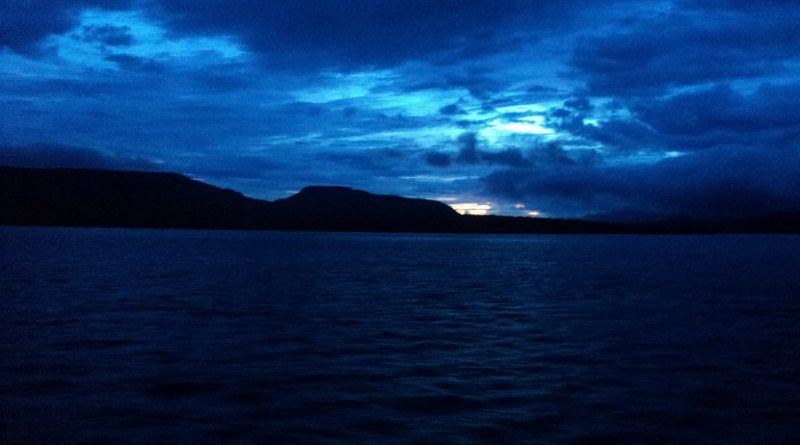 The Asia-Pacific region is becoming an interesting entity to study as of the various dynamics it entails. This region is characterized with the gradual elimination of poverty resulting from regional integration, cooperation between proximal states, inflow of capitals, and development initiatives. At the same time territorial disputes and regional rivalries also prevail in the region. Likewise, the democratic patterns of the region have undergone a democratic transition.

There has been a prevailing notion that the Asian region has been dominated by authoritarian regimes with very little or no room for democracies. These circumstances have gradually evolved and democracies are consolidated and made their way into the region. Likewise, all the regimes have found democracy as instrumental to elevate their stature in international standing.

Indonesia particularly has been an ardent supporter of spreading democracies beyond its shores. Similarly, circumstances in Malaysia, Singapore, and Thailand have paved way for democracies to make its way through electoral process.

Historically, the struggle for democracy in the Asian region commenced following the decolonization from the colonial powers. The struggle for democracy suffered as the instability and ethnic rebellions resulted into chaos and created such a vacuum that was filled by elites and left no room for democracy. Secondly, the second wave of democratization initiated in the mid-1980s followed by uprisings against corrupt and oppressive regimes such as the Marcos regime in Philippines in 1986, the removal of military-backed regimes in South Korea and Taiwan in 1987.

Following the fall of Soviet Union, Mongolia also made a transition to democracy. Likewise, this was followed by the resumption of a civilian government in Thailand in 1992.In 1993, democracy made its way to Cambodia with the intervention of the United Nations. Furthermore, Indonesia’s Suharto Regime fell apart in 1998 and in 2001 the U.N made endeavors to bring democracy to East Timor after the termination of the civil war.

As a result of these transitions, Indonesia, South Korea, Philippines, Thailand and Japan have established strong democracies in the region. In 1997, South Korean voters elected Kim Dae Jung, the region’s most prominent democracy activist to power. Similarly, Taiwan, and Mongolia are also the examples of successful democracies. In March 2000, the island first democratic transition of democratic power of power in which the opposition leader, Chen Shui-Bian became the president, this was a historic moment for the burgeoning democracy for Taiwan.

In Nepal, following the peace agreement between Maoist insurgents and the government there came a replacement of the royals with the republic after few years and a new constitution was introduced in 2015. In 2008, in Bhutan, the constitutional monarchy substituted absolute monarchy followed by its first political elections. Likewise, in Myanmar, the military paved way for democracy and it materialized into a multiparty election in 2015, the first of its kind in 20 years

Today when different political parties run for elections, human rights is one of the crucial factors on which they compete on, this is opposed to the earlier practices of oppressing the public. Similarly, Mongolia has also encountered with positive changes following the democratic transition along with competitive democratic elections.

On the other hand, there are exceptions as well such as China and North Korea. China still has one party system and it poses obstruction to a free and fair elections. Similarly, North Korea has an authoritarian regime which has an absolute control over the lives of individuals. Human rights are violated, freedom of speech is prohibited, regime is worshipped and Kim Jong Un is not accountable for any of his actions. Even, the media is strictly controlled by the government and only a limited number of channels are streamed on the media. Internet and any western content is also banned in North Korea.

Though there are calls that democracy is waning away, for example in Cambodia there has been a severe crackdown on political opposition. Similarly, there have been curbs on freedom of speech along with censorship.

Likewise, the military coup in Thailand in 2014 has also affected the democratic values. Also many argue that the democracies in the region are diluted to a large extent yet the fact of the matter remains that democracy is gaining momentum. According to the EIU Democracy Index, when comparing the level of democracy, measured on a 10 point scale from 0 (authoritarian) to 10 (full democracy) over the past ten years, the average democracy score in Asia has increased from 5.05 in 2006 to 5.41 in 2016.This region is making progress at an expedited rate as compared to other regions of the world.

One of the reasons for the burgeoning democracies is the empowerment of the youth. Through the Social media youth has become more empowered and they do not hesitate to speak on the matters on which they feel that the government has acted irrationally upon. Similarly, anything that highlights the misdoings of the leaders becomes viral on the internet, therefore the leaders are subjected to accountability and it ultimately steers in democratic values.

Coming to the conclusion there are a number of measures which can accelerate the progressive development of democracy in any region. For example, democracy should be considered as a bottom-up process where the individuals are considered the foundational elements and should be taken in this regard. Individuals should be involved in the decision making through the effective delegation of power.

Likewise, Urbanization is also one of the triggers for augmenting democracy since it leads to more awareness which ultimately demands the notion of accountability. Likewise, if the youth of the country fully involved in the political affairs then it can avert the prospects of circumventing from democratic values. If these patterns prevails then democracy will nurture to a great extent in the region.

*Shaza Arif is a student of defence and diplomatic studies