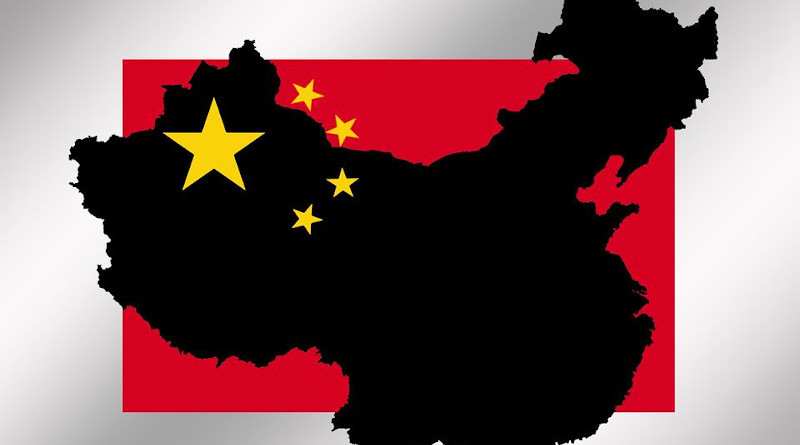 What is it about Communist China that makes the world’s most populous nation such a favorite of the international globalist, socialist community?

In 1997, China was granted an exemption from any obligations to reduce carbon dioxide emissions under the Kyoto Protocol (as was India), on the ground that it was a “developing nation.” Despite its posturing over the Paris climate agreement, China’s carbon dioxide emissions have soared ever since, as the country became an economic and military superpower.

One reason cited by President Trump for pulling the U.S. out was that the Paris treaty committed the U.S. to massive, immediate CO2 emission reductions (26-28% by 2025). China merely committed to its previously announced goal to increase non-fossil-fuel electricity to about 20% by 2030.

Today, China has the world’s 59th highest per capita income (IMF data, with India at No. 139) and  is building or planning over 300 coal-fired power plants around the world, from Egypt, Turkey and Zimbabwe to Bangladesh, Indonesia, the Philippines and Vietnam. The world’s leading CO2 emitter is also building what Wiredmagazine calls “an insane number” of new coal-fired power plants at home, with little objection from United Nations gatekeepers and climate alarmists.

Meanwhile, over half of the people in sub-Saharan Africa still lack access to electricity, largely because United Nations “sustainable development goals” dissuade investment in coal, natural gas or even nuclear and hydroelectric power plants, while favoring dung, wood, wind and solar – and anti-development banks refuse to provide loans for even the cleanest, most efficient coal or gas power plants.

China’s government sees human rights as an “existential threat,” says Human Rights Watch, a stance that “could pose an existential threat to the rights of people worldwide.” The Nobel Peace Prize-winning organization says the Chinese Communist Party “has constructed an Orwellian high-tech surveillance state and a sophisticated internet censorship system to monitor and suppress public criticism.”

Human Rights Watch singled out for blame “a void of leadership among countries that might have stood for human rights, and a disappointing collection of democracies willing to sell the rope that is strangling the system of rights they purport to uphold.”

Now, with massive help from Facebook, Twitter, Reddit, Google, and other social media and search engine collaborators, the Chinese Communists are aiding, abetting or approving Chinese largesse to a China-coddling veteran, in his quest for the U.S. presidency. (Son Hunter Biden worked with Chinese investors to fund China General Nuclear Power Corp., which the FBI recently charged with stealing American nuclear secrets.)

Hiding behind the façade of “private enterprise,” these organizations have led an assault on First Amendment freedom of speech by censoring, shadow-banning and deplatforming content unfavorable to their favored causes and candidates. But these same organizations never objected to infringement of the rights of an Oregon bakery’s First Amendment claim for refusing to bake a cake.

They have been joined by governors who used executive orders and the COVID pandemic to impose outright bans on church attendance – even Bible studies in private homes – and effectively destroy numerous businesses, while excusing, blessing and even encouraging violent protests.

Universities have imposed Draconian bans on freedom of speech, assembly, religion and other rights guaranteed by the U.S. Constitution. Some even insist that the Constitution itself is outdated and should be replaced immediately – along with its protections for individuals against the imperial state.

The world now knows that China wants Joe Biden in the White House. Perhaps that’s why Democrats have unilaterally attacked “Russian interference” with the U.S. elections and totally ignored the massive in-kind and financial contributions being made by the Chinese government.

New evidence of Chinese collusion reveals that Chinese Communists are advising Facebook on how to censor, de-platform and shadow-ban information that might favor the Republican candidate or cast the Democratic candidate in a poor light. Disturbing new revelations are reported almost daily.

Journalist Sorrab Ahmari obtained (and confirmed) information from a Facebook insider that the social media giant’s “Hate Speech Engineering” team includes Chinese national PhDs whose specialty is “machine learning” – teaching computers how to learn and act without being explicitly programmed, so that certain content ends up at the top of the news feed, while disfavored content shows up “dead last.”

A Facebook spokesperson haughtily condemned as “absurd” any suggestion that “these employees have an outsized influence on our broader policies.” But Ahmari is quite correct in asking what’s to stop these Chinese engineers from delivering intelligence to the Chinese government? More important, why would Facebook and China help each other improve this technology – and skew U.S. news and election results?

Facebook’s ban on negative information on Biden family business dealings with Chinese companies is a strong indicator that the company is serving China’s interests in securing the election of ”the Big Guy.” According to a new Project Veritas exposé, Google is intentionally manipulating results to benefit Democrats and hinder President Trump’s campaign. Google now faces a federal antitrust case.

Together with the Attorneys General of eleven states, the Justice Department alleges that: “For years, Google has entered into exclusionary agreements, including tying arrangements, and engaged in anticompetitive conduct to lock up distribution channels and block rivals.”

Despite the angst of intellectuals, “mainstream media” stalwarts, socialists and many Democratic Party leaders, a new poll by the Centre for Strategic and International Studies (CSIS) found that a majority of Americans view China negatively and believe (as does Human Rights Watch) that it is the country that presents the greatest threat to the United States, and the rights of individuals.

Broad-based support for banning China’s Huawei Technologies from 5G networks reflects worldwide concerns over Chinese human rights violations. Scott Kennedy, Chinese business and economics chair at CSIS, says “Americans and others around the world have given up on the idea that the goal should be to change China into a free-market economy.” His assessment is dispiriting, but realistic.

A recent MSN News article claims Joe Biden had historically embraced the idea that the U.S. could coax China into acting as a “responsible stakeholder,” but insists he no longer adheres to that viewpoint.

The former vice president has taken few questions from the media about his China policy, though he did claim he would end Trump tariffs on Chinese imports. But even that statement was almost immediately walked back by aides, who said Biden would only “reevaluate the tariffs upon taking office.”

Acceptance of Chinese-style restrictions on human rights by the Biden-Harris campaign and many of its supporters may be a signal that the U.S. Democratic Party sees the Xi-led Chinese Communist Party as a kindred spirit, especially on what people should be “allowed” to read, hear, see, say and even think.

Yet, despite the media blackout on recent revelations about Biden family and Chinese business (hence military) mutual interests, a President Biden might have to show a new toughness toward China to douse what could become a raging inferno of criticism. Too many Americans do not want to see U.S. jobs (recently reclaimed from Chinese slave laborers) returned to the Middle Kingdom.

Of course, if the Democrats and their social media and old media allies have perfected censorship enough to drown out any learning, thinking or opposition that would threaten their absolute reign, who would dare challenge China’s environmental, climate or human rights callousness?

*Duggan Flanakin has a BA in History, an MA in Public Policy and a lifelong passion for human rights.