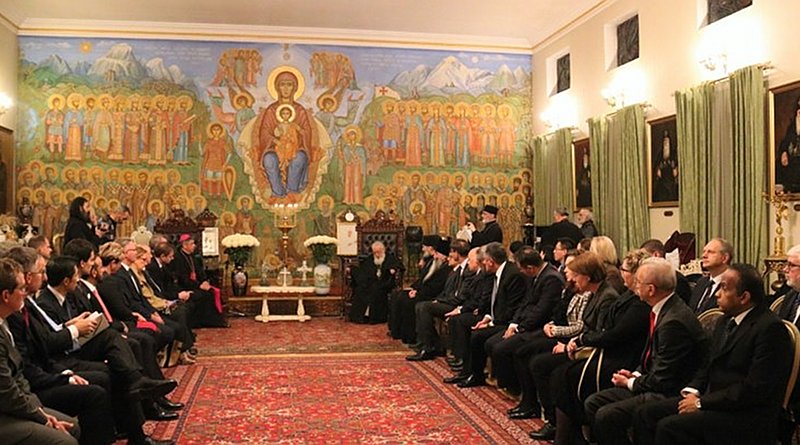 In a statement released on November 25, the Georgian Orthodox Church noted that the Patriarch thanked foreign diplomats for supporting Georgia.

Ilia II also spoke about relations between the government and the opposition, expressing regret over the lack of mutual understanding between them and noting that “we should learn to listen to each other to achieve what our country needs.”

Metropolitan Shio Mujiri, the Georgian Patriarch’s locum tenens, who also attended the meeting, spoke about the situation in conflict regions and asked the diplomats to help in releasing Georgian doctor Vazha Gaprindashvili.

Metropolitan Mujiri also noted that the Georgian orthodox Church is ready to deepen cooperation with the embassies and underlined that Orthodox Church’ delegation’s recent visits to the U.S. and Brussels serve as reminders of their will to do so.

According to the same statement, the Ambassadors of Israel, Germany, France, Great Britain, Italy, Greece, Turkey, Ukraine, Poland and other countries attended the meeting.