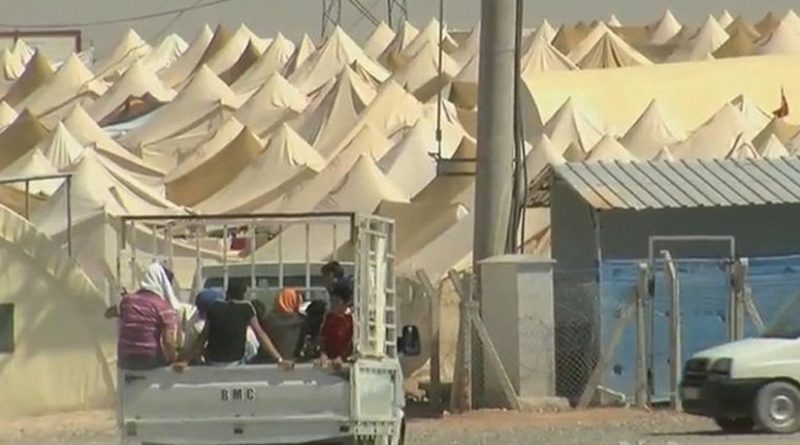 Canada is working closely with the United Nations Refugee Agency (UNCHR) to identify the most vulnerable refugees as well with the governments of Jordan, Lebanon and Turkey and several international and Canadian partners. It has been suggested that Canada’s refugee plan falls well short of a real solution and appears as a very small step towards alleviating the world’s unprecedented refugee crisis since the Second World War.

The International Organization for Migration (IOM) reports that the number of migrants and refugees, half of these coming from Syria, crossing into Europe by land and sea this year, has passed one million. Countries on the borders of Syria and Iraq, which are themselves fragile, are sharing the major burden of forced displacement with Jordan supporting more than a million, Lebanon 1.8 million, and Turkey hosting almost 1.9 million Syrian refugees. In Europe, Germany has made a commitment to resettle one million refugees arriving in 2015. One might say that the Canadian government’s policy is a drop in the bucket; however, it is the symbolic significance of the Canadian action which is noteworthy.

Canada’s current commitment to Syrian refugees must be appreciated in light of three significant factors: a) under the newly elected liberal government, Canada’s return to its national project of multiculturalism – a nation of diverse people; b) the meagre efforts of the U.S.; and, c) Canada countering the European and North American right-wing anxiety of the ‘other’, particularly of the Muslim population.

Canada’s liberal party, under the leadership of Justin Trudeau, received a solid mandate from the Canadian population against the politics of fear and in favour of an inclusive, diverse and a tolerant society. It was a rejection of the ten- year- old conservative government and former Prime Minister Stephen Harper’s vision of divisive politics and the politics of fear, emanating from external security threats and the internal challenges to Canadian culture by foreign migrants who engage in ‘barbaric cultural practices’.

The rejection of the Conservatives by the Canadian population was also a rejection of ‘Niqab politics’ (Mr. Harper’s government refusing to allow a Muslim woman to take the citizenship oath wearing a niqab), Bill C-24 (revoking the citizenship of dual citizens if accused and convicted of terrorism activities), and Bill C-51 (anti-terror law expanding the power of Canadian security agencies). Although Mr. Harper expressed great sympathy for Syrian refugees, particularly after the haunting image of a drowned 3-year-old washed up on a Turkish beach which focused the world’s attention on the largest refugee crisis since World War II, he, nevertheless, had rejected calls from the Canadians to take immediate action.

In making refugee decisions, Harper’s government had followed an exclusionary policy, with very specific criteria known as ‘areas of focus’. Included were those people who spoke English or French fluently; those residing outside the refugee camps; women between the ages of 20 and 40 who were victims of violence; and refugees with a family in Canada. It is generally agreed that the conservative policy to welcome 10,000 Syrian refugees included Christians and other minority groups (such as Ismailis) and excluded most of the Muslim refugees.

The widely-supported Liberal government initiative of welcoming 25,000 refugees is more symbolic for Canadians than anything else, who are breathing a sigh of relief that Canada is returning to its core values, the multicultural society which Canada and the Canadians had previously enjoyed as the result of choices developed over the last five decades. The country takes pride in pointing out that Canada is a nation of diverse people who live peacefully together.

Most significantly, Canada has moved beyond its shameful nineteenth and early twentieth century past of discriminating against, among others, the Chinese (imposition of head tax and refusal to allow the settlement of female Asian immigrants) and the Indian immigrants (by not allowing approximately 400 passengers, mostly Punjabis to disembark the Komagata Maru); and the internment of Japanese Canadian internment during the Second world war.

Moreover, Canada has a strong tradition of providing humanitarian leadership on the global stage. In keeping with its duty to protect, Canada’s refugee policy has been robust in the past. More than 1.2 million refugees have arrived in Canada since World War II which included, among others, more than 5000 from Uganda in 1972, roughly 110,000 Vietnamese “boat people” in 1979-80, and about 5000 people from Kosovo in the late 1990s.

Successive waves of immigration since the 1970s have generated both diversity and a culture of recognition/accommodation of difference. But the number of refugees declined since Harper became prime minister in 2006. According to the United Nations, Canada had dropped from the fifth-highest refugee-receiving country in 2000 to 15th in 2014. The new liberal government has once again revived the national project of accommodation of diversity and tolerance of difference.

Canadian gestures towards the Syrian refugees, though modest, are also a welcome departure from the North American and European obsession with security and the anxiety towards the “other’. Echoing the voice of a large segment of the American population, Donald Trump, the leading Republican Presidential candidate, recently advocated banning all Muslim non-citizens from the country for an indeterminate period and, if elected president, promised to send back Syrian refugees taken in by the U.S. because they might be Islamic State of Iraq and Syria (ISIS) militants in disguise.

What is worrisome is that more than one-third of Democrats and half of the Republican citizens of the United States appear to support Trump’s views and perceive Islam to be a threat to the US and a dilution of the American identity. In the wake of the Paris attacks, the top Republican lawmaker in the U.S. House of Representatives called for a halt to the nation’s Syrian refugee resettlement program and 26 U.S. state governors, all Republicans, have also threatened to stop accepting Syrian refugees in the wake of the Paris attacks.

This national conversation on bigotry and lack of tolerance for minorities, particularly Muslims, has also its resonance in the right wing parties and groups in Europe who are whipping up hatred against refugees. France and other European countries are facing calls to deny entry to Syrian refugees after it was revealed that that one of the Paris attackers may have slipped into Europe as part of the influx of asylum-seekers.

Under this global context, Canada has done well in welcoming refugees who need safety and protection. However, the Canadian policy of resettling refugees does have some serious limitations. The Syrian refugee plan is limited to women, children and families only and excludes unaccompanied men seeking asylum. This is discriminatory and sends a wrong message that young, single, Muslim men are dangerous and that they’re not welcome in Canada – some suggesting that this is reminiscent of the Harper policy centred on security and discrimination on the basis of religion.

*Reeta Tremblay is a Professor of Political Science at the University of Victoria, British Columbia. She can be reached at: [email protected]