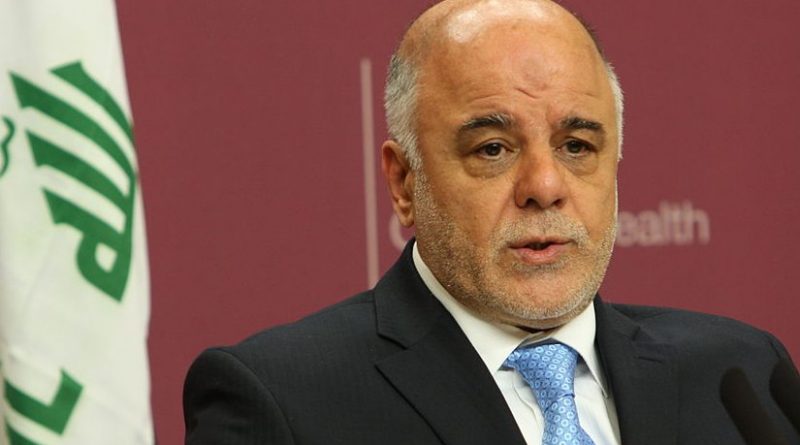 The Iraqi Kurdistan Regional Government (KRG) has agreed on the conditions stipulated by Baghdad’s federal government to solve outstanding problems between the two governments.

Talks will be resumed to end the punitive measures in the Kurdish region, Iraqi Prime Minister Haider Abadi said on Tuesday.

The KRG held a controversial referendum on independence in late September inside the region and disputed areas seized by the Kurdish forces during the past years.

Baghdad responded by imposing a series of punitive measures on the region including banning international flights into and from the region’s airports, shutting down the border crossings between the region, Turkey and Iran, and launching a huge military campaign to drive the Kurdish forces back to the 2005 constitutionally approved border.

Considering the September referendum illegal, Baghdad took steps to reinforce federal writ in and around the region, which has been autonomous since 2003. Abadi said there is a dispute between Baghdad and the KRG over the border of the region and the running of the border of the country.

“Also, the border (of the country) should be exclusively under the control of the federal government… so we took several measures to control the border and the border crossings.

“Now the regional government and the (Kurdish) officials said that they agree on these two points (conditions) and let’s talk,” Abadi said.

“I consider this an essential change… but we want to reiterate two things — which are the referendum was illegal and (there will be) no return to it (the results) again. The second thing is the recognition of the 2003 borders of the region and the borders (of the country) should be under the control of the central government.”