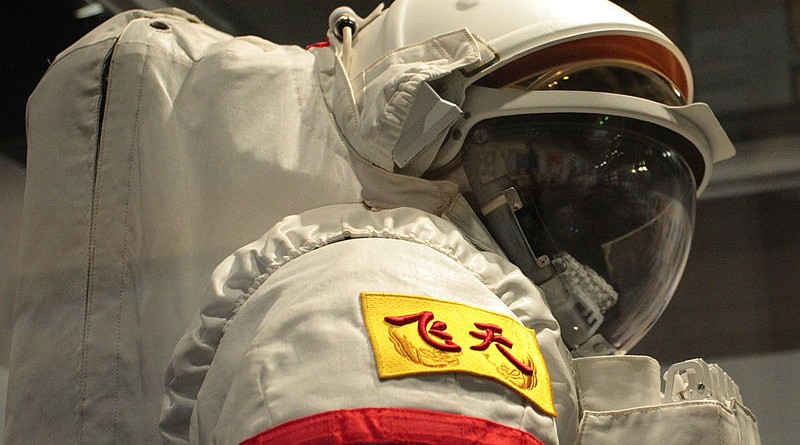 The pace of China’s advancements in its space-based capabilities has been rising since the break in Sino-US relations in the post-Cold War era. However, instead of trying to match the US toe-to-toe as the erstwhile Soviet Union had done, China seems to have opted to pursue a range of asymmetric strategies to deter and offset the US’s primacy in outer space. Given this context, it might be worthwhile to consider whether these strategies form components of China’s Revolution in Military Affairs (RMA).

The US’s RMA was brought about through prioritisation of intelligence, networking, and electronics—much of which depends heavily on space-based systems. For the US, satellites provide non-line-of-sight capability, which enables real-time gathering and transmission of intelligence and communications, which in turn results in increased situational awareness and drastically reduced response times. Advancement in the US’s technological capabilities came on the back of its prevailing precision targeting capabilities that were demonstrated during the 1991 Gulf War. It has been argued that this War convinced the Chinese leadership that the country that possessed the most advanced information and communication technologies as well as space and military modernisation available to it, would ultimately prevail in a conflict.

Meanwhile, space-based systems have become indispensable to the US not only for military purposes but also for a host of civilian applications such as weather radars, messaging and credit card systems, traffic and navigation (e.g. Google Maps). While these capabilities do offer numerous benefits, overwhelming reliance on them have also placed the US in a vulnerable position vis-à-vis China’s asymmetric warfare strategies. This is mostly because the US’s technological capabilities are sovast, and foreign military commitments so extensive, that it is far more dependent on these systems than other competing powers.

Since 2007, China has demonstrated a series of capabilities that can be viewed as asymmetric. These encompass kinetic, electronic, cyber and ‘lawfare’ spheres.

Electronic: In 2005, China blinded a US satellite using a high-powered mounted laser based in Xinjiang province. The laser had a capacity of 50-100 kilowatts. In 2006, China reportedly attempted to blind US reconnaissance satellites flying over Chinese territory using high-powered lasers, but the outcome of that effort is disputed.

Cyber: In 2007 and 2008, two US satellites were compromised via the internet from a groundstation in Norway. The attack was linked to Chinese hackers. In July and October 2008, Chinese hackers managed to gain control of NASA’s Earth Observation Satellite for two and nine minutes, respectively. In 2014, US officials alleged that China had attacked the US National Oceanic and Atmospheric Administration’s (NOAA’s) satellite information and weather systems. While Chinese officials have rejected such claims, the NOAA was compelled to shut its systems for two days.

‘Lawfare’: China has consistently opposed the EU Space Code of Conduct which, though not binding, acts as the template for international anti-space-debris legislation. One potential reason for China’s opposition to it could be that it restricts Beijing’s ability to use debris as a weapon in space. Scenarios such as the shooting down of its own satellite as a possible means to use resulting debris to damage an adversary’s satellite, would offer China anescalation ladder and plausible deniability of malign intent.

An ‘RMA’ with Chinese Characteristics?

Beijing applies a proactive deterrence strategy in the space domain, hints about which can be discerned from China’s Gen Qiao Ling’s June 2019 interview with the South China Morning Post. In the interview, Gen Qiao argued that “China has little choice but to enhance its own capabilities. China’s purpose to develop space capabilities, firstly, is we do not want to be blackmailed by others. Second, we hope to use space peacefully. But if others want to oppress us by occupying the heights of space and opening up a fourth battlefield, China will certainly not accept it.”

Essentially, Beijing appears to be putting together all the pieces it requires that will enable it to significantly damage US space-based capabilities and thereby considerably reduce US combat effectiveness and increase its vulnerability. The net result would act as a deterrent to the US, should it consider any military escalation. Overall, while it can be argued that many of China’s strategies to counter the US are similar to those of the erstwhile Soviet Union, in the space arena, China has clearly followed an intricate asymmetric strategy geared to inflict injury where it counts the most. It targets the US’s overwhelming dependence on the space-based systems tomake them considerably less invulnerable, if not redundant.

*Saman Ayesha Kidwai is a Research Intern with the China Research Programme at IPCS.