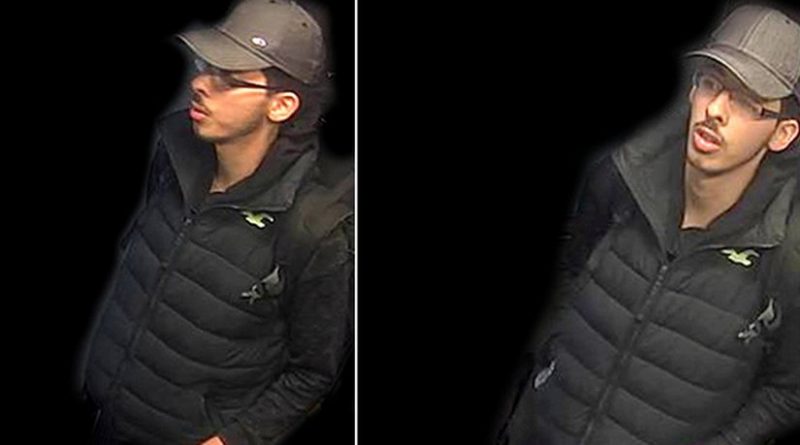 British police have released a photo of the Manchester bomber on the night of attack, taken shortly before he blew himself up killing 22 people. Authorities also said they found a “highly relevant” flat, believed to be the “final assembly place” of the explosive device.

The pictures show the suicide bomber on his way to the arena wearing jeans and trainers, a black jacket, baseball cap, and a rucksack allegedly containing the bomb that he detonated following Ariana Grande’s concert.

“Today we are releasing an image of Salman Abedi taken from CCTV on the night he committed an attack. We are gathering a detailed picture of Abedi as the investigation develops and now need people to tell us if they have any information about his movements from 18 May when he returned to the UK through to Monday night,” the police said in a statement.

“We know one of the last places Abedi went was the city centre flat and from there he left to make his way to the Manchester Arena. The flat is highly relevant as a location which we believe may be the final assembly place for the device,” authorities added.

Police also urged residents to share any additional information they might have about the suspect’s movements since May 18, when he returned to the UK from Libya.

“In the past five days we have gathered significant information about Abedi, his associates, his finances, the places he had been, how the device was built and the wider conspiracy,” the statement reads.

Earlier on Saturday, Prime Minister Theresa May announced that the UK terrorism threat level has been scaled down from ‘critical’ to ‘severe,’ meaning, that an attack is “highly likely” but not “imminently” expected.

The investigation is making “good progress,” police said, with armed officers drafted in from across the country to help the Greater Manchester Police and over 1,000 others working around the clock.

“We have 14 locations that are still being searched and there are 13 people that have been arrested on suspicion of offenses contrary to the Terrorism Act,” police said, adding, that officers are continuing to raid flats they believe to be associated with potential terrorist activity.

Salman Abedi detonated a “highly sophisticated” nail bomb at the Manchester Arena on Monday night; at the end of a concert by US singer Ariana Grande, killing 22 people, including 7 children. The NHS England said 116 people had received inpatient care following the attack. At least 63 victims still remain in hospital, with 20 of them in critical condition.

Amid the hunt for Abedi’s possible accomplices in the UK, his father and one of his brother’s, Hashim, were arrested in Tripoli, Libya Wednesday. A third brother, Ismail, was arrested after police raids in the UK. While the father reportedly claimed his son to be “innocent,” Hashim allegedly told investigators that Salman wanted to “seek victory for the Islamic State.”

Both Salman Abedi and his father, Ramadan, reportedly had long-standing links to a violent jihadist group which may have had British backing for the 2011 Libyan war and the 1996 attempt to kill then-Libyan leader Muammar Gaddafi.

Abedi had been living with his family in Libya before returning to Britain days before the attack. Police are trying to establish whether he had undergone training at a jihadist camp in Libya, and whether he traveled to Syria.