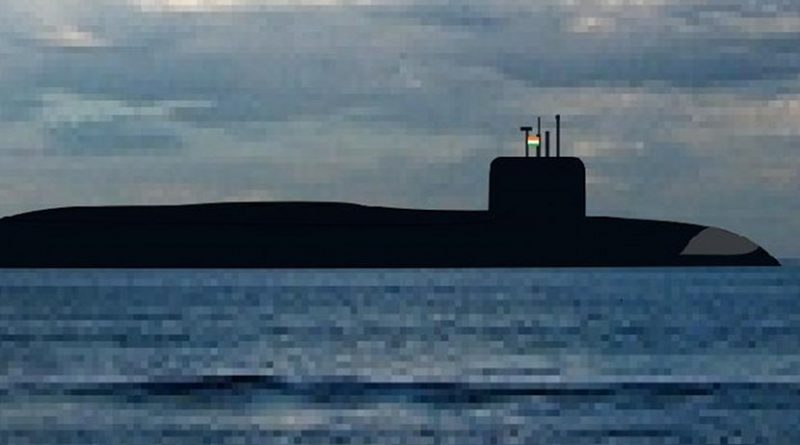 For a long time, India has held the ambition of becoming one of the greatest military powers in the world. For this purpose, India spends significant amounts of money to modernize its armed forces including its land, air and naval forces. Since the last few years India’s major focus has been to convert its existing navy into a ‘blue-water’ navy.

The possession of submarine ships is one of the most important requirements for projecting power as a blue water navy. The Indian navy’s submarine fleet comprises of the indigenously developed nuclear-powered ballistic missile submarine (SSBN) INS Arihant, four French origin Scorpene class submarines built in India and Akula class submarines leased from Russia.

On 6th May 2019, the Indian navy launched yet another Scorpene class submarine termed as the INS Vela to further enhance its maritime capabilities. This submarine is the fourth of six overall units that will be delivered to the navy through a transfer of technology (made in India Initiative) agreement (Project 75) with France. The Scorpene class INS Vela has the capability to stay submerged for a week which makes it difficult for it to be tracked by its adversaries. This class also has the capability of undertaking several types of mission such as anti-surface warfare, anti-submarine warfare, area surveillance and intelligence gathering operations.

The INS Vela has top-end stealth features which include acoustic silencing techniques, low radiated noise levels and the capability to launch a potentially decisive attack on an adversary by using precision guided weapons. Furthermore, the Scorpene class is also equipped with Weapons Launching Tubes (WLT) that can carry weapons on board that can be efficiently reloaded at sea. With these capabilities, India aims to considerably improve its war fighting capabilities and to project power as a blue water navy across the Indian Ocean Region (IOR).

With the induction of Scorpene class submarine, India has two objectives. The first is to that to pressurize Pakistan under its regional hegemonic designs. The second is to become a great power by increasing its naval presence in the region while staying at par with China’s extensive naval power.

The Feb-March 2019 short lived military engagement between India and Pakistan has however raised significant questions regarding India’s power projection capabilities vis-a-vis Pakistan. On 5th March 2019, Pakistan navy detected and prevented an Indian submarine from infiltrating Pakistan’s maritime borders. This clearly showed Pakistan’s capability to thwart any surprise Indian naval intrusions into Pakistan, despite the billions spent by India on its military upgrades. Hence, even though, Pakistan’s naval fleet may lack in numbers vis-à-vis India, Pakistan has an efficient naval defense and surveillance system, whose capabilities are evident from this recent episode.

A naval force with a larger submarine fleet can create serious challenges for its adversary, but in this case, the detection of the Indian Scorpene class submarine raised glaring questions regarding India’s self-purported capability to ambitiously dominate the Indian Ocean.

India still retains a powerful desire to build up a naval force capable of fulfilling its strategic goal of emerging as a major global player. However, it has also so far focused more on increasing its fleet of submarines rather than improving their efficiency. Based on the historical enmity between India and Pakistan, South Asia has witnessed growing insecurity because of these trends.

As a result, Pakistan’s major security threats are largely from its eastern neighbor. Keeping in view of this prevailing security environment, India’s growing naval spending and extensive build up are adversely affecting the strategic balance of the region. While Pakistan has been successfully able to deter India’s hegemonic designs, it is becoming increasingly difficult to directly compete with India’s blue water ambitions in the long-run with its relatively stagnant economy.

In order to overcome these challenges that may be posed by Indian naval advancements in the future, Pakistan can develop closer ties with Russia and China to enhance its early warning and maritime defense capabilities. Pakistan has always acted as a responsible nuclear power and has tried to maintain its strategic balance with India without indulging into an arms race. This however, is becoming increasingly difficult for Pakistan to maintain without the support of outside powers, particularly within the changing dynamics of the Indian Ocean Region.