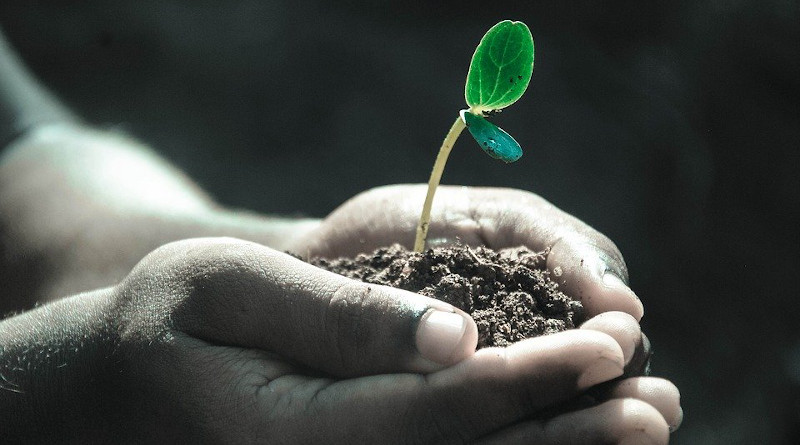 A global environmental crisis is unfolding in nightmarish proportion—the rapid loss of the Earth’s pedosphere, the soil cover (blanket) of the Earth.

The pedosphere as a whole, is especially important ecologically, because the soil functions as unique habitat for a great diversity of life forms, links geological and biological substances circulating in the terrestrial ecosystems and the biosphere; and, provides soil fertility in agriculture and biological productivity.

The crisis is worsening soil erosion and loss, which the prestigious Worldwatch Institute (WI) based here said is worse than earlier thought and is the “next biggest long-term threat to world economic progress and stability after climate change.”

WI monitors changes in the global resource base—land, water, biological support systems, energy—and analyses how these affect the global economy. It provides warnings in its annual State of the World reports.

As the global population grows, farmers the world over are under tremendous pressure to produce more food and, in turn, leaves little time for croplands to replenish their lost nutrients.

The effects of the rapid deterioration of the planet’s pedosphere, according to WI can be gleaned through the following:

WI lamented there is a worldwide inaction to arrest rapid soil erosion, that there are not enough steps being taken to conserve soil, and that humans continue with their profligate ways in the use and abuse of this valuable resource.

However serious the topsoil erosion may be, it is not widely perceived unlike floods, droughts, earthquakes and other climate-change impacts, this human-made disaster is fastly unfolding. The seeming lack of perception and understanding is shrouded by bountiful harvests and deforestation.

The UN Environmental Program (UNEP) figures show almost 4 million acres of land—equivalent to 23 billion tons of soil—are lost yearly with China, the US, India and the countries making up the former Soviet Union contributing to the worst soil loss.

Both the developed and developing countries are guilty of allowing this tragic event to occur, although soil loss in developing nations is worse because continuous land use limits new soil formation.

In developing countries, the warning stage has reached crisis level as soil degradation has reached 50 tons per square kilometer loss, exceeding the international standard of 30 tons to 35 tons per sq km soil loss per year.

The Asian Institute of Technology in Thailand reports annual soil loss since 2000 in the country has reached 330 tons per sq km, with the erosion rate higher in the mining and logged-over areas.

The unusual erosion rate—which is resulting in sedimentation of croplands due to sand and silt—is greatly affecting agricultural production, decreasing it to as much as 100 percent as practically all crops fail in once-productive lands.

Dr. Kasem Chankeaw of the Institute of Environmental Studies of Chulalongkorn University said that in Changmai, northern Thailand, farmers could not grow anything because farms have been filled with sediments washed down from upper areas.

In Malaysia and Indonesia, erosion is occurring already at an alarming pace, where large tracts of land were cleared for the African oil palm plantations, housing, and road and highway construction.

The group Sahabat Alam (Friends of the Earth Society) said millions of tons of topsoil are lost on Indonesia and Malaysia’s steeplands planted to oil palm. Severe soil degradation happens as erosion carries away fertile topsoil and nutrients, especially at the early stage of field development.

It said soil loss in both countries is a direct and obvious outcome of the rapid clearance of forests to accommodate palm oil plantations. It warned that agricultural and forest productivity are being reduced because erosion has an adverse effect on the soil’s capability to support agricultural crops or forest regeneration.

Sahabat Alam, a critic of the Malaysian government’s environmental policies, added that millions of tons of soil continue to be eroded and washed away into rivers since 1980

Under the canopy of palm oil—Indonesia and Malaysia’s golden crop—soil is washed away at a rate of 15 tons per hectare annually. In land being cleared for planting of the crop, the losses are even heavier, officials from the Department of Geography in the University of Malaya (UM) in Kuala Lumpur said.

Experiments conducted on one oil palm scheme in 1990 showed that about 80 tons of Earth were washed away for every hectare cleared in a year. This rate of loss was higher in croplands cleared for other crops, such as sugarcane, pineapples and cereals and grains, UM found out.

About 93 percent of land animal species and 92 percent of all plantlife are connected to the pedosphere or topsoil. Simply said, without the topsoil, their chances of survival is slim. As more topsoil are lost, their extinction becomes more possible.

Soil scientists say it takes 150 years for nature to form just 1 inch of topsoil. This means when soil erosion occurs, it can take much longer for an ecosystem to recover than if the soil wasn’t so severely disturbed.

If an ecosystem has been very degraded due to soil erosion, it will take a very long time for its biodiversity to recover, if it even recovers in that area at all.

The loss of topsoil often results in the death of many native plants. As a consequence, it threatens the survival of animal diversity that depends on these native plants for existence.

In some cases, the eroded soil is so disturbed that the landscape becomes completely barren, and not much plant life will even grow there anymore.

This barren landscape ultimately leads to a major decrease in ecosystem biodiversity for many organisms that can no longer live there.