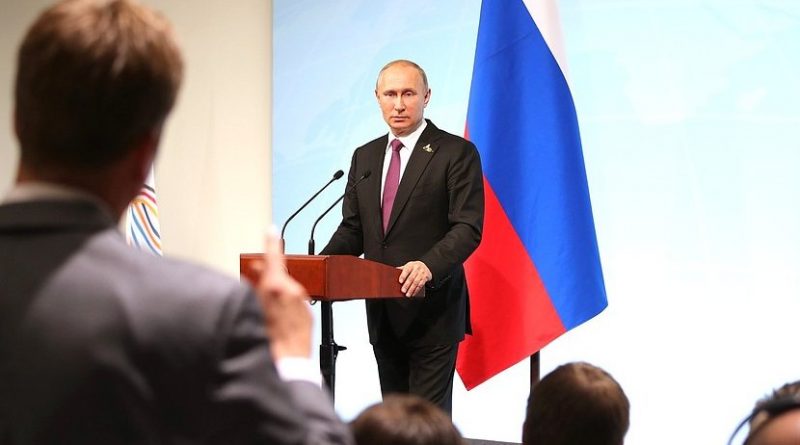 Moral norms are important for any society, Vladislav Inozemtsev says; but the Kremlin’s promotion of spirituality and traditional values is not leading to their strengthening among Russians but rather allowing the Kremlin to avoid taking responsibility for its social policy failures and doing something about them.

In an essay for the RBC newspaper, the Moscow economist argues that the current Russian government strategy of minimizing attention to social problems, relying on prohibitions, allowing family violence to go unchecked and exacerbating suspicions and hatreds isn’t lead to “serious positive changes” (rbc.ru/newspaper/2017/07/26/597727d09a79471a7578658c).

Talk about “spiritual values,” he continues, works to the benefit of the Kremlin in two ways. On the one hand, it allows Russia to position itself as “’an island of morality’” internationally. And on the other, it promotes the ideas Russians are personally to blame for what happens and that they have no reason to hold the government responsible for its shortcomings.

In exploiting this device, however, the authorities forget that religiosity by itself does not necessarily improve the socialization of individuals and that talk about moral norms gives rise to a sense that nothing needs to be done beyond that, neither of which helps improve the situation with regard to HIV/AIDS, drug abuse, family violence or other problems.

Instead of distracting attention with all this talk about “spiritual values,” Inozemtsev says, the Russian authorities should be focusing attention on the problems of Russian society and drawing on the approaches of other countries. That is, he argues, a minimum “if Russia wants to survive.”

Indeed, he says, it should stop counting the number of churches and prayers as a mark of success and stop greeting any effort to provide objective information about real problems as the work of the enemies of the country. But tragically, the current Russian regime seems committed to moving in exactly the opposite direction, hardly a good omen for the future.