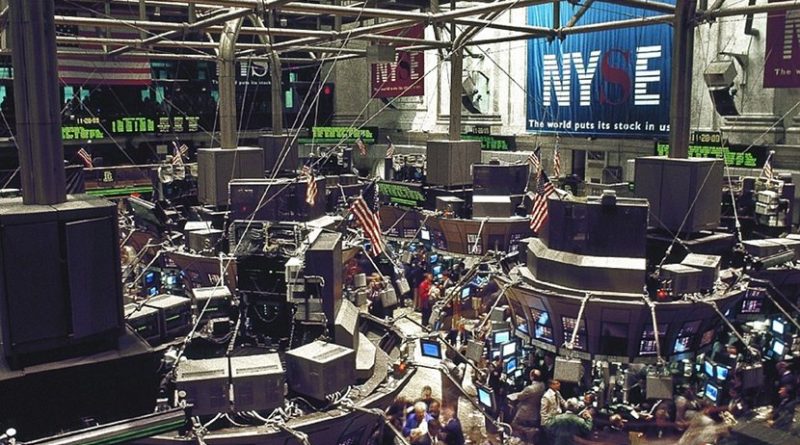 Stocks have rallied after the US and Mexico have reached an agreement on a new deal to replace NAFTA, with the NASDAQ reaching 8,000 for the first time. However, it is still unclear what the new, yet unratified, deal includes.

President Trump announced the new deal on Monday, saying “we’re going to call it the United-States Mexico trade agreement…It’s a big seal for trade, big deal for our country.”

While the trade news caused stocks to break 8,000 for the first time ever, economic optimism has been high for quite some time. The index has been steadily climbing since Friday, when it reached another all time high of 7,946.

Indicative of the importance of a new deal to auto manufacturers, shares of Ford, General Motors, and Fiat Chrysler all rose on Monday.

Earlier on Monday, Trump had tweeted about “A big deal looking good with Mexico.”

The new deal is provisional, and will need to be ratified by Congress in 2019. Canada has not yet agreed to join the agreement, and Trump said on Monday that he would be in touch with Canadian Prime Minister Justin Trudeau “very soon” to discuss Canada’s participation in a new deal.

At present, Canada and the US are locked into a trade spat. Trump used his announcement on Monday to gripe about Canadian tariffs on American dairy products. Perhaps as a hardline negotiating tactic, the president also suggested that the US might hike tariffs on Canadian cars in response, a move that analysts with CIBC markets reported in July could cut Canada’s car exports to the US nearly in half, and could throw the manufacturing province of Ontario into recession.

With or without Canada, the US and Mexico intend to press ahead with their own, bilateral agreement. Mexico’s Foreign Minister, Luis Videgaray told reporters on Monday that “If for any reason the government of Canada and the United States do not reach a (NAFTA) agreement, we already know that there will still be a deal between Mexico and the United States.”

The North American Free Trade Agreement was signed by Canada, Mexico, and the United States in 1993, during the presidency of Bill Clinton. NAFTA was roundly criticized by the protectionist right, as well as the anti-globalization left, particularly for the damage that eliminating tariffs did to the American auto industry.

Without the impediment of tariffs, auto manufacturers moved their operations south of the border, wreaking havoc on former manufacturing hubs like Detroit, Michigan, and Cleveland, Ohio. According to one 2013 study, NAFTA was directly responsible for raising the US trade deficit with Mexico from $17 $177 billion, and cost the US over 850,000 jobs.

Throughout his campaign and his presidency, Trump has railed against the agreement, arguing that it was “a bad deal” for the US, and “the worst trade deal maybe ever signed, anywhere…nothing will ever top NAFTA.”

The new US-Mexico deal would require manufacturers to make 75 percent of auto content in the US and Mexico, with between 40 and 45 percent of that to be made by workers earning at least $16 per hour, according to the US Trade Representative’s office.