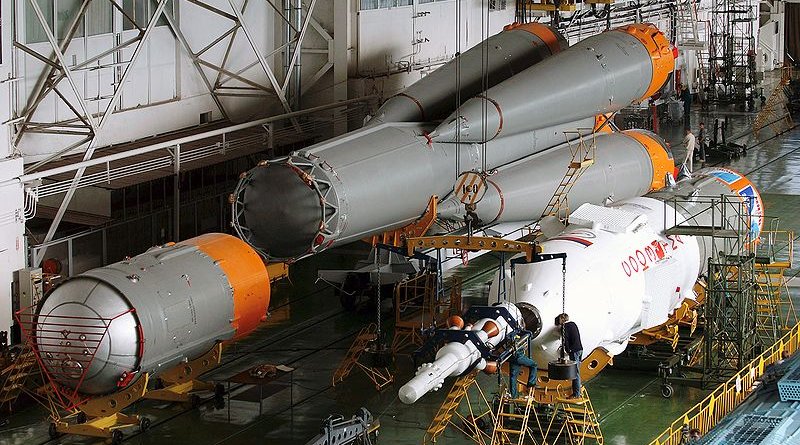 The head of Roscosmos made the suggestion during the MAKS-2019 airshow on Tuesday, as he met Turkish President Recep Tayyip Erdogan. The Turkish leader attended the opening of the biannual airshow alongside his Russian host Vladimir Putin.

“We have a joint proposal for you – to send a Turkish astronaut into orbit to mark the Republic’s anniversary. The Cosmonaut Training Center is ready to work on this,” Rogozin told Erdogan, referring to the upcoming celebrations of the Republic’s founding in 1923.

Moscow is seeking to deepen cooperation with Turkey in the space field, Rogozin added, and “a variety of options” for collaboration has been discussed.

Erdogan has apparently been flattered by the offer. “We will participate in your esteemed work. I thank you on behalf of our country, thank you for the work you have done,” he said.1

Turkey has been working on sending a man into space for a couple of years already. Ankara’s space ambitions were further reinforced last year, when it formally established the county’s national space agency.

Home » Russia Could Send First Turkish Astronaut Into Space In 2023