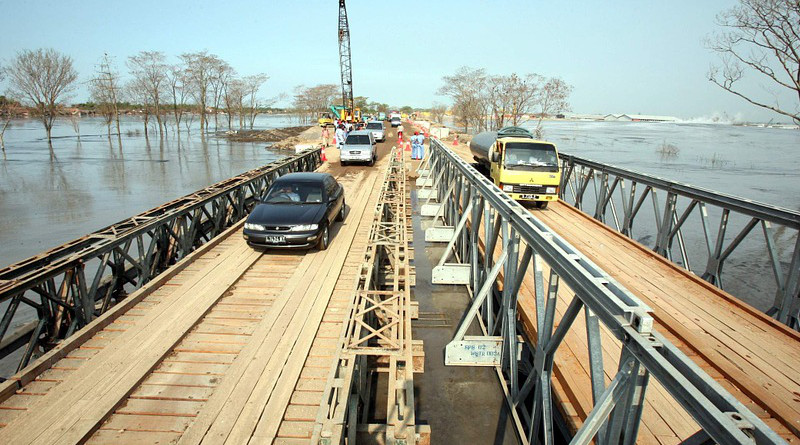 While high greenhouse gas emissions and biodiversity loss are often associated with rapid land-use change in Indonesia, impacts on local water cycles have been largely overlooked. Researchers from the University of Göttingen, IPB University in Bogor and BMKG in Jakarta have now published a new study on this issue. They show that the expansion of monocultures, such as oil palm and rubber plantations, leads to more frequent and more severe flooding.

The multidisciplinary team explains this increase in flooding with a complex interplay of ecohydrological and social processes, including soil degradation in monocultures, the expansion of oil palm plantations into wetlands, and the construction of flood protection dams. The results have been published in the journal Ecology & Society.

For the study, the authors conducted almost 100 interviews with Indonesian smallholders, people from the village and decision-makers in the Jambi province of Sumatra. They then compared and supplemented their analyses of these results with scientific measurements of precipitation, river and groundwater levels, soil properties as well as land use mapping from the region.

“Many studies on the relationship between land use changes and flooding are only based on analyses by individual disciplines and thus provide only fragmentary insights into the underlying processes,” says lead author Jennifer Merten, Department of Human Geography at the University of Göttingen. “It was therefore important for us to use the widest possible range of data from different disciplines and also to include observations from the local population.”

In their study, the scientists of the German-Indonesian Collaborative Research Centre EFForTS (Ecological and Socio-Economic Functions of Tropical Lowland Rainforest Transformation Systems) show that the current expansion of oil palm and rubber plantations has a significant impact on local water cycles.

“The large-scale land-use change leads to a compaction of the soil, so that less rain is absorbed by the soil and the water quickly runs off at the surface,” explains co-author Christian Stiegler, Bioclimatology Group at the University of Göttingen. “In particular, the advancing destruction of floodplains plays an important role in this process.”

From the perspective of the village population, the construction of flood dams and drainage channels also contributes to a change in local patterns of flooding. As oil palm plantations in particular are increasingly cultivated in wetlands such as river floodplains or peatlands, larger plantation owners are trying to control flooding on their land by means of such constructions.

“However, such dams often lead to increased flooding on neighbouring smallholder plantations,” Merten reports following her experiences from the area. This means that the observed increase in flooding also leads to new social tensions and conflicts.

In order to reduce the impact of land use change on the water cycle, soil protection and improved land use planning, especially in floodplains and wetlands, can play an important role. “Yet, it is just as important to regulate and control landscape interventions for flood protection and drainage more closely,” says Merten. “Otherwise it might happen that the effects of increasing flooding will affect above all the poorest in society, because larger companies simply pass on the water.”

Home » Land Use Change Leads To Increased Flooding In Indonesia