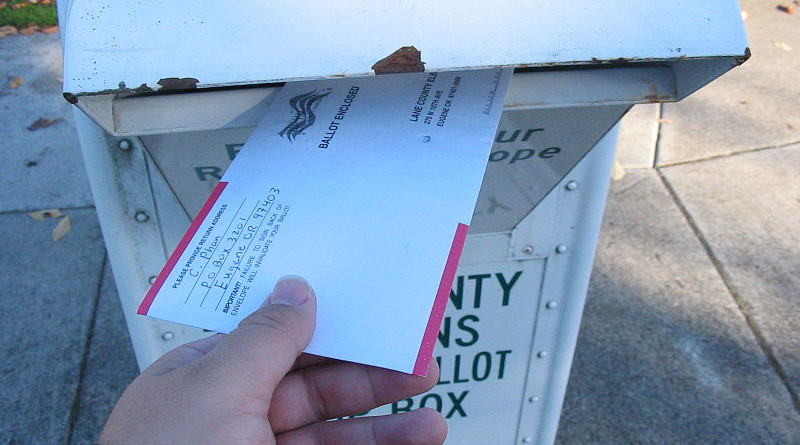 Mandatory vote-by-mail modestly increases voter turnout without advantaging one party over the other, according to a causal inference analysis of 30 years of nationwide U.S. county-level data and more than 40 million individual-level voter records from the states of Washington and Utah.

The results support that this alternative to in-person voting – which has recently become a heated partisan issue – would not, in fact, give one party an edge over another in the upcoming 2020 U.S. presidential election and could offer a safe pathway to a fair election during the COVID-19 pandemic.

“Our paper uses a combination of rich individual- and county-level data, which allows us to account for many factors that could bias our estimates. Consistently across all of our approaches used, we find the same thing–that vote-by-mail does not advantage either party at the ballot box.”

While many experts have suggested that mandatory vote-by-mail could help minimize the spread of the virus during election season while still enabling voters to have their voices heard, recent polls reveal stark divisions along party lines, with only 4 in 10 Republicans supporting all-mail elections compared with more than 8 in 10 Democrats.

Previous studies have investigated the effects of both mandatory and voluntary vote-by-mail initiatives on voter turnout, but no previous research has explored whether voting by mail gives the Democratic or Republican Party an advantage.

To determine the effect of mandatory vote-by-mail on U.S. election outcomes, Michael Barber and colleagues combined data from counties across the nation that have offered mail-in ballots between 1992 and 2018 with individual-level voter records from Washington and Utah, the only two states that have recently transitioned to mandatory vote-by-mail.

Applying a variety of causal inference models to analyze this body of data, the researchers determined that vote-by-mail increased voter turnout by between 1.8 and 2.9% – a finding consistent with previous research, but expanded to a larger scale.

While Barber et al.’s estimates also find that vote-by-mail increased Democratic shares of the vote by 0.7%, the effect was not statistically significant, suggesting this remote style of voting did not exhibit even a modest effect on either party’s election performance.