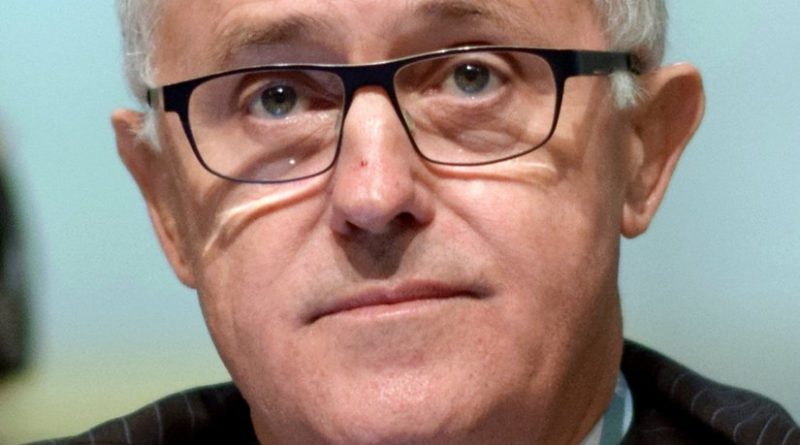 Australia’s new government led by Malcom Turnbull will be very different from its predecessor, though of the same Liberal-National coalition. However residual conservative forces within its ranks mean that major changes in direction are unlikely in the short-term.

Australia’s new prime minister Malcolm Turnbull will lead a government that is very different from its predecessor though of the same Liberal-National coalition. Turnbull has described his government as one that will seize the opportunities of the future rather than one seeing only challenges ahead and seeking to preserve the order of the past. The government of his predecessor, Tony Abbott, had become derided for its reactionary mindset, including its failure to accept challenges of the 21st Century, such as climate change and the need for a constructive renewable energy policy.

In forming what he calls a ‘21st Century government’ Turnbull has shown a clear focus on business skills and potentially dynamic, leading members of his government. He has markedly increased the number of women in senior political roles, including appointing Senator Marise Payne as Australia’s first female defence minister.

Who is Malcolm Turnbull?

The problem for Malcolm Turnbull is that he will be unable to push for change too quickly. Although some key members of the ‘old guard’ of ultra-conservative supporters of previous prime minister Tony Abbott have been ousted from Cabinet, a hard core of people of similar political persuasion remains in Parliament, including some within Turnbull’s own Cabinet. Too much change too fast conflicts with the conservative political thinking of these members, and they are unlikely to support any major shifts in policy at least in the short-term.

Turnbull brings to leadership a much wider depth of experience, particularly within the private sector, than his predecessor. He has been successively over the years a Rhodes Scholar at Oxford, journalist, barrister, banker, businessman, shopping centre developer, and politician. He has been remarkably successful in all these pursuits.

In 1986, as a 31-year old barrister, he acted for the former MI5 officer Peter Wright and won the famous ‘Spycatcher’ case against the British Government led by Margaret Thatcher. He is popular with the electorate and already there has been a remarkable lift in the public opinion polls in support of the Liberal – National Party coalition government.

After the mining magnate, Clive Palmer, Malcolm Turnbull is the second wealthiest Australian parliamentarian. Perhaps most importantly for what could become a major change of direction for Australia in the future, although not in the short-term, Turnbull is a republican, having once been leader of the Australian Republican Movement. His predecessor, Tony Abbott, on the other hand, was an enthusiastic royalist who earlier this year reintroduced knighthoods into the Australian system of honours, awarding an Australian knighthood to Prince Philip.

Julie Bishop remains Australia’s foreign minister, but some subtle changes are likely in foreign policy. The focus on business and opportunities in the Turnbull Government may lead to more emphasis in Australia’s international relations on economics and trade rather than security. There will be greater recognition that the old order of US-led regional stability has gone; China is the new powerful player on the regional scene, and that changes in Australia’s strategic posture are required. As a consequence, there may be less echoing of Washington by Canberra when it comes to strictures of China.

The Abbott Government presided over a significant ‘mission creep’ with Australia’s military involvement in the Middle East. Some of Turnbull’s key supporters were rather less than enthusiastic about Australia’s recent commitment to the aerial bombing campaign in Syria. That decision will not be reversed but Turnbull, along with his new Defence Minister, is unlikely to share Abbott’s great liking for military commitments overseas.
Defence policy

Senator Marise Payne, the new defence minister, is a self-described feminist and small ‘l’ liberal. She has periodically annoyed more conservative members of the Liberal Party with her less traditional views. She has been a Senator since 2007 and was Minister for Human Services in the Abbott Government. Having been Chair of the powerful Joint Standing Committee on Foreign Affairs, Defence and Trade, Senator Payne has considerable experience with the defence portfolio. Her appointment has been well received by the defence establishment.

The advent of the Turnbull Government has markedly reduced the prospects of Australia building its new submarines in conjunction with Japan. After then Prime Minister Abbott had reportedly reached a ‘hand-shake’ deal with Prime Minister Abe, Japan had appeared to be the favourite for the submarine project, but will now fall back behind the European contenders who are offering firmer prospects for building the submarines in Australia.

Despite Malcolm Turnbull’s personal predilection for issues such as climate change, a meaningful renewable energy policy, same sex marriage, and an Australian republic, he is unlikely to push for changes in policy on these issues in the short-term. The residual conservative forces in his Government are simply too strong. In the medium- and longer-term, however, significant changes are possible not just in controversial domestic issues, but also in Australia’s foreign policy.

*Sam Bateman is a Senior Fellow in the Maritime Security Programme at the S. Rajaratnam School of International Studies (RSIS), Nanyang Technological University, Singapore. He is a former Australian naval commodore who had several postings in the Strategic Policy area of the Department of Defence in Canberra.