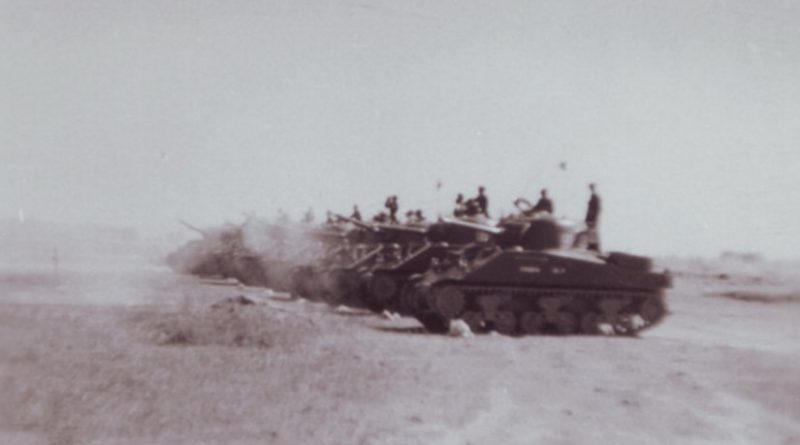 History writing is a risky exercise and especially in today’s Asia it has become even riskier. Historical legacies impact contemporary Asia to such a large extent that how to set the narrative has become the function of what is desirable in the current situation. This was on display in September when India faced two anniversaries. The first was the Chinese celebrations of the 70 years of the Allied victory over Axis powers (read: Japan) and the second was the marking of 50 years of India’s war with Pakistan. Both these cases presented different types of dilemmas for Indian government.

The Chinese celebrations were clearly aimed at Japan with whom China’s ties are stressed for historical and geopolitical reasons. In the case of the 1965 War with Pakistan, the Indian government had to decide how much importance was to be given to this ‘stalemated’ war. This war was fought under Congress leader Shastri who did not come from the Nehru-Gandhi family. In addition to that, currently India has a non-Congress government that is fond of Congress leaders other than those hailing from Nehru-Gandhi family like Vallabhbhai Patel, Lal Bahadur Shastri and Subhas Bose. And predictably, this war was celebrated on a large scale. Let’s take a look at both these situations.

On September 3, the Chinese government organized a military parade to mark its 70 years of victory in the Second World War. This event was the first of its kind for China because Communist China had never celebrated a victory of Second World War. This event was attended by officials and political leaders of more than 30 states across the world. Participants included Russian President Putin, South Korean President and UN Secretary General. Predictably Japan was not invited for these celebrations. This parade served two clear purposes for China: first it offered a chance to display Chinese military might to the world and second to send a strong message to Japan (and by implication to the US).

India did not send any high level representative, but rather its junior foreign minister who was India’s Army chief as well. This was a sound diplomatic move to balance both China and Japan. India did not participate in the military parade either. This was in stark contrast with celebrations in Moscow in May when the Indian President was in attendance, and despite the fact that India is building closer relations with the US — and Russia and the West are not on best of terms.

When it comes to Second World War and Asia, India has to face up to two contrasting realities at the same time. India, then under British rule, was heavily involved in the British war efforts in the Asia. It was instrumental in raising armies, supplying to troops fighting in China and in South East Asia and in the overall allied effort against Japan. On the other hand, Indian nationalist leader Subhas Bose had formed the Indian government in exile with Japanese help and invaded India, albeit unsuccessfully, with Japanese assistance from Burma. So, for India there is no one narrative with regard to Second World War nor to escape from its dilemmas either.

Before 1965, the Indian psyche was bruised badly with the defeat in 1962 War against China. The 1965 war with Pakistan restored the nation’s confidence in its armed forces and its ability to secure the nation against external aggression. In that war, India fought with less sophisticated weapons compared to Pakistan’s American supplied tanks and aircraft. India did manage to occupy some Pakistani territory in Punjab, but was forced to give that away later under Soviet pressure. This cannot be called an example of clear victory, but it could be said that India had the upper hand. This war saw the biggest tank battle since Second World War and Indian side winning that battle with some tactical brilliance of local commanders.

This war is being celebrated in India as a war which India ‘won’, which is a clear attempt to set the narrative keeping in mind the domestic audience, as well as sending a message to Pakistan. Several programs in Delhi were organized, and books were written to demonstrate India emerging victorious in this war. It is quite natural, sometimes necessary, to remember national heroes and their supreme sacrifices, but this remembrance should also not mislead the objective assessment of the actual war and its ramifications. Interestingly, Pakistan celebrates September 6, when the Indian Army crossed the international border to relieve pressure on Kashmir, as the ‘Defence of Pakistan’ day.

Just like the Second World War, this war was important and it set the future course of the Indian subcontinent as both countries’ national leadership underwent a change after the war. India saw Mrs. Gandhi coming to power, who led India to a clear victory in the 1971 War with Pakistan, and India getting closer to the Soviet Union. In the case of Pakistan, Ayub Khan had to hand over power in 1969 to another military dictator General Yahya Khan and whose policies resulted in the breaking up of Pakistan two years later and the emergence of a new, independent nation of Bangladesh.