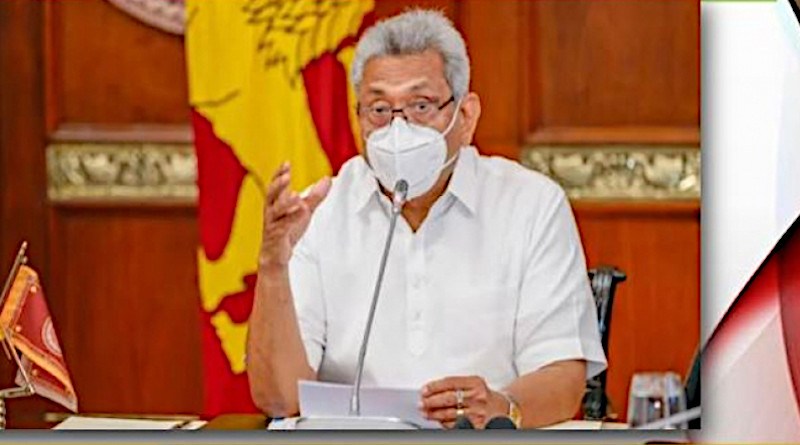 Sri Lanka’s President Rajapaksa emphasized that it is necessary to raise a morally and ethically driven generation guided by their religion to coincide the physical development in the country.

President highlighted that Sri Lanka is a country enriched with morals and virtues due to its high esteem held towards Buddhist teachings and the co-existence preached by the other religions practiced in Sri Lanka.

“We can lay a strong foundation for a moral, ethical and disciplined society through the betterment of Dhamma Schools and Piriven education.

President made these remarks during a discussion with the State Ministry of Dhamma Schools, Bhikku Education, Pirivenas and Buddhist Universities to review its future visions at the Presidential Secretariat (September 24.)

“In order to restore peace and harmony in the minds of the people, and promote undistorted religious teachings without extremism, you directly have to intervene in order to facilitate and regulate all the registered Dhamma schools of all faiths in the country” President highlighted.

President advised the officials to inquire into the needs of the Dhamma school teachers and ascertain steps to further motivate them in their endeavours.

The possibility of considering the Dharmacharya certificate as an added qualification in admission to the universities and recruiting for employment were discussed in length. It was also discussed to reform Piriven and Dhamma schools syllabuses and to allow any of the new graduate appointees to continue their teaching at Pirivenas if they already had been teaching there prior to the appointment.

In addition, the President also advised the officials to propose plans to improve Bhikkus’ English language skills, Computer Literacy and technical know-how while resolving issues pertaining to the appointment of Piriven teachers and their salaries and allowances immediately.

It was also discussed to assign a Development Officer and minor staff members to pirivenas under the programs to provide job opportunities for graduates and families with low incomes.