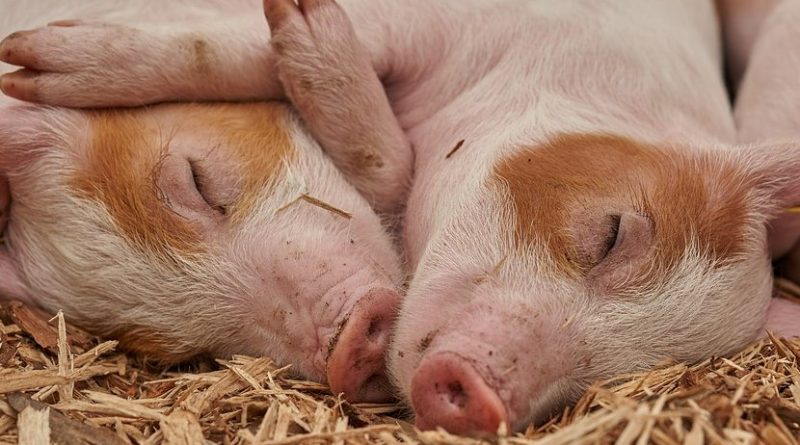 You cannot get away from it, at least in print or in Google land. African swine fever is doing its rounds, cutting through the swine population of Asia with remorseless dedication. Since its deadly debut in China last year, it has done away with some 25 percent of the globe’s pig population. The symptoms are dramatic and lethal (mortality rates range from 95 to 100 percent), with the infected animal haemorrhaging and perishing between a period of five to fifteen days. This decline has sparked all manner of comment: a feared deprivation of pork dishes, a spark of hope in exports of pork untouched by the disease and alternative meat supplies, and the more serious issue of food security.

In China itself, the decline of pork is causing a strain of desperation, though it is always marked by reassurance and stiff-upper lip confidence. Pork supplies, both domestically and internationally, had been seen to be something of an essential in Chinese food security. In September, the country’s pig population, numbering some 440 million animals, had shrunk by 41.1 percent. While figures coming out of various Chinese ministries should be viewed with a healthy dose of scepticism, the numbers from the Ministry of Agriculture and Rural Affairs have caused a stir. Such contractions are perpetuating and will continue to perpetuate a loss in the global consumption of protein.

China’s Premier, Li Keqiang did something uncharacteristic for the politburo: he ventured to a roadside stall to test the vox populi on the subject of rising pork prices. Not that the episode lacked its fair share of choreographic sense. The owner was suitably stoic; it simply would not do to panic. “Our prices have also risen a bit accordingly. The effect on business hasn’t been too big.” Bravely dishonest for party and country, perhaps?

The disastrous wasting of domestic herds, one that sees no ebbing, has caused a spike in imports in pork. The PRC saw some 1.3 million tonnes coming into the country in the first three quarters this year.

Other countries are also showing a certain fear in the face of rumour and speculation. In Europe, the fever is being held at bay, though pork consumers are seeing prices rise. But in Asian countries, the response is graver, and slightly panicked. South Korea, for instance, is mobilising snipers and civilians in an effort to shore up its border with North Korea. Drones equipped with thermal vision will also be deployed. All of this is in aid of one thing: targeting infected pigs near the line of civilian control. The South China Morning Post is positively apocalyptic. “The intensified measures aim to exterminate feral pigs in areas including Incheon, Seoul, Goseong and Bukhan River.”

As far as North Korea is concerned, the concern is that the fever is doing its worst, though official figures suggest the opposite. The North Korean agriculture ministry claimed in a May 30 report to the World Organisation for Animal Health (OIE) that animal deaths had been modest, with only 22 recorded on a cooperative farm some 260km north of Pyongyang.

For those in the Asia-Pacific region as yet untouched by ASF, nerves are catching. Countries like Australia have demonstrated that terror characteristic of island mentalities: Be wary of what you import and what you let in. Biosecurity is a tic of the Australian policy mindset, though it does not come without its ironies: the Australian scientific and agricultural sector has been arguably more devastating and disastrous for the country’s ecology than any malicious or accidental introduction.

Be that as it may, Australia’s $5 billion pork industry is nothing to sneeze at, keeping something in the order of 36,000 people busy. But off Australian shores, the fear is that the fever is making its marauding march, with news that East Timor had become the tenth Asian nation to be added to the list. Customs officials are proving edgier than usual, and the federal Agricultural Minister Bridget McKenzie is getting a tad judgmental. “People are still disregarding our biosecurity laws. We can send them home, we can slap significant fines on them and I’ll be encouraging our biosecurity officials to be doing exactly that with those offenders.”

A Vietnamese woman was recently sent packing after arriving at Sydney Airport with quail, squid and raw pork. The unfortunate had her visa cancelled, the result of amendments made in April. As the Department of Agriculture described it, “International visitors who are believed to have contravened particular provisions of the Biosecurity Act 2015 can have their visitor visa cancelled for up to three years.”

The biosecurity and vet gate keepers have their eye on one aspect of Australia’s pig population. The 2.5 million domestic population might well be one thing, but imagine, fears Chief Veterinary Officer Dr Mark Schipp, the prospect of 15 million feral pigs being infected. (This figure, it should be said, varies – another estimate puts the number at 24 million.) But where crisis presents itself, there are salivating opportunities. Australian Pork Limited chief executive Margo Andrae is one who is drooling at the prospect that Australia can “increase production and prices to fill gaps that other markets can’t supply.”

What then, to do? From a thriving epidemic, ASF has become an enthusiastic pandemic. It is cutting through protein consumption and posing a risk to food supply, but as yet, there are no cures nor vaccines. The UN Food and Agriculture Organisation has also noted that the disease’s impact is complicated by “the range of pig production systems coexisting in the different countries.” Such instances, if they do at least conjure up a world without pork, may well encourage a world less reliant on the staple. But till then, individuals such as Dr Hirofumi Kugita of the OIE are punting for the border control and biosecurity obsessives.

One thought on “Piggish Problems: African Swine Fever Does Its Worst – OpEd”