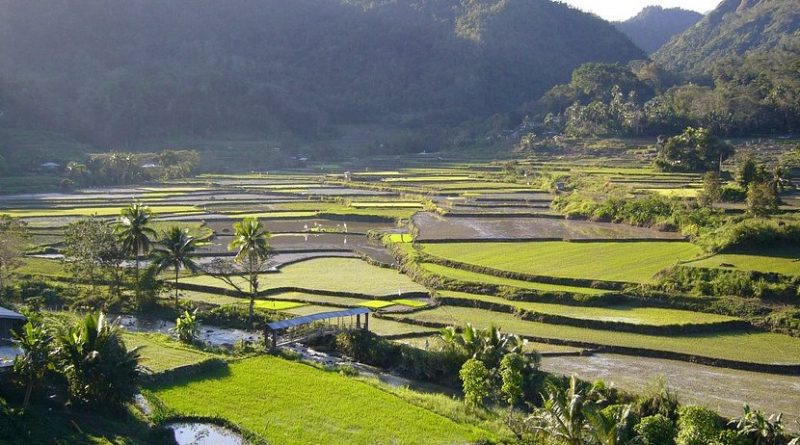 The Philippines’ removal of quotas on rice imports leads to increased competition, with negative short-term impacts on its farmers and on poorer urban ASEAN consumers. In the long-run, however, these challenges may serve as a strong push to upgrade regional rice production practices.

Philippine President Rodrigo Duterte signed the Rice Tariffication Law (RTL) in the Philippines in February 2019, which eliminates all quotas on imported rice, and replaces these with tariffs instead. Since then, rice imports from countries like Vietnam and Thailand have increased, and domestic rice prices in the Philippines have fallen as well.

However, local farmers in the Philippines have been complaining that they are not able to compete with overseas producers. What are the potential implications of this policy on Southeast Asia?

The Philippines has protected its rice farmers from competition over the past four decades, when the import quota was still in place. For instance, compared to Vietnam, which has been trading in international markets, the Philippines’ productivity or yields (measured in tonnes of rice harvested per hectare) were initially 6% higher in 1980. But it was soon overtaken, with 6% lower yields than Vietnam in 1990, worsening to 28% in 2000 and 32% in 2010.

This effectively means that for each tonne of rice that the Philippines produces today, it would need to till 32% more land than Vietnam, which can be equally more costly, making Philippines’ rice less price competitive. In this regard, for rice exporting ASEAN countries (such as Vietnam, Myanmar, Cambodia and Thailand), the lifting of Philippine import quotas means that a new export market is opened up for their farmers and traders to sell to, increasing farmer/trader incomes.

This can be seen in a well-known account of the behaviour of India’s traders during the 2007-08 food price crisis by Peter Timmer. Even when droughts and diseases had damaged India’s 2007 wheat harvest, traders continued exporting grains because international prices were high at that time. In fact, they continued to export even after the Indian government placed partial restrictions on the export of rice (which traders circumvented), such that India had to place an all-out ban on exports of non-basmati rice.

The Philippines doubled its rice imports from Vietnam in the first half of 2019, four months after the RTL was passed. Given the rapid growth of the Philippines’ rice-consuming urban population, these imports could increase further in the long-term.

For rice-importing countries, the lifting of import quotas means more competition for the available rice in the international market. The problem, however, is if international rice supply does not adjust in time to meet growing international demand.

Production constraints can be seen in the slowing down of rice yield growth across Southeast Asia from 2.1% per year improvement in 1961-1990, to just 1.4% per year in 1990-2016. Climate and other environmental changes, such as less stable patterns of rainfall, changing temperatures, extreme events (droughts and floods), pests, and diseases, are one reason.

At the same time, rice management practices are not being sufficiently upgraded to adapt to these changes. As a result, close to a million (942,000) hectares of rice-cropped land in ASEAN were reportedly affected by floods, droughts, pests, and diseases in 2019 (as of June), representing 2% of the planted area, up from just 560,000 in 2015/16.

If supply cannot adjust in time, it could result in higher import prices for rice, which trickles down to higher domestic rice prices for importing countries. Most affected would be poorer ASEAN urban consumers in these countries who, unlike rural farmers, do not have the alternative option of growing rice for subsistence purposes.

These effects will vary, however, depending on the extent to which the bundle of multiple rice types/grades imported by an ASEAN country differs from the Philippines’ bundle. For instance, Singapore’s consumers may be less affected because of differences in per capita income and consumption habits from the Philippines, that hint at different types/grades of rice. In contrast, countries like Indonesia, whose per capita income levels and preferences are more similar to the Philippines, may be more affected.

Whether these short-term effects will extend to the long-term, depend crucially on how farmers and governments in both the Philippines and in other ASEAN countries adapt to this new era of greater competition, amid an increasing threat of disruption given climate change.

A potential path forward is if the lifting of the quota via the RTL allows for the much-needed competition in Philippine rice markets. If Philippine farmers, with government’s support, are able to endure the short-term challenges and gradually boost their productivity, we may yet see a long-run convergence in rice production yields, efficiency and prices, between farmers in the Philippines and in exporting countries.

This may in turn allow supply to keep up with demand, thereby reducing inflationary effects on international rice prices, while also reducing farmers’ vulnerability to climate-related disruptions.

At the same time, there is room for growth in other ASEAN countries. Governments in other ASEAN countries can increase their assistance to farmers, and reduce barriers to upgrading rice production practices in their own countries. Such actions may be merited by the looming larger food import bill that rapidly urbanising Southeast Asian countries stand to face, and higher prices for their urban consumers, which can be costly not only economically but also politically.

*Jose Montesclaros is an Associate Research Fellow at the Centre for Non-Traditional Security Studies (NTS Centre), S. Rajaratnam School of International Studies (RSIS), Nanyang Technological University (NTU), Singapore. This is based on his talk at the 11th World Rice Conference in Makati Shangri-La, Philippines, on 13 November 2019.