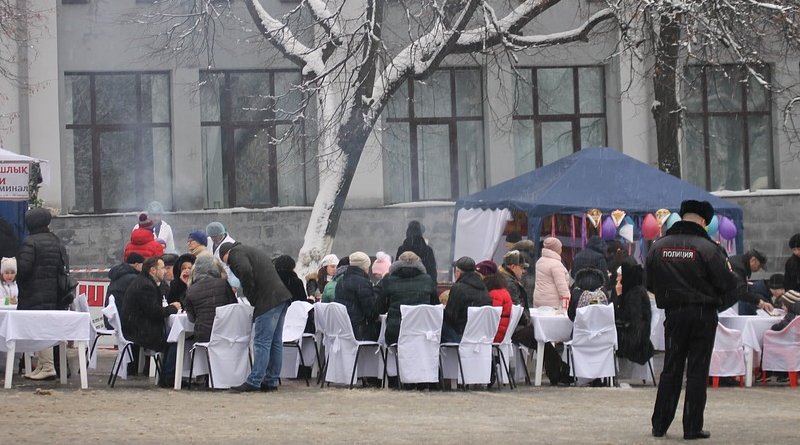 Natalia Khorkina and Marina Lopatina, researchers with the HSE University Department of Applied Economics, examined how the level of physical activity among working Russians changed from 2011 to 2017. They analyzed the results of a survey of Russian men ages 25-60 and women ages 25-55 — who were either employees, self-employed or ran their own businesses — conducted by the Levada Center at the request of HSE University.

In 2011, approximately 20% of both women and men reported doing some form of physical exercise at least once a week. By 2017, that figure had grown only slightly among women — to 25% — but more substantially among men — to 31%.

The trend is positive, researchers noted, but the proportion of physically active working Russians remains below the European average.

Almost 60% of physically active working Russian men engage in exercise or sport at least three times a week but for only a relatively brief 15-30 minutes. Most women in this category work out less frequently, but longer — from 30 to 60 minutes at a time.

A lack of time and money, as well as laziness, prevent people from exercising more

Thirty-two per cent of women and 29% of men blamed a lack of free time for not exercising more. Next came laziness and insufficient funds to buy sporting equipment or gym memberships as justification.

These were followed by a lack of interest or self-confidence, the belief that ‘I don’t need that’ and the habits of smoking and drinking as constraints to exercise. Only men cited the last two as factors preventing an active lifestyle.

Almost 100% of respondents are certain that Russia has plenty of fitness centres, playing fields and gyms, including at their places of work and study. Far from everyone makes use of them, however: approximately 60% of respondents said they prefer working out at home. Women least preferred workplace or university gyms and men cited swimming pools as their least favourite place to exercise.

Russians who go to fitness centres or play sports pay 1,000 rubles – 3,000 rubles per month on average for those activities. However, many avoid that cost by working out at home. As a result, the overwhelming majority of Russians do not consider physical exercise a strain on the family budget, and more than 80% say such activity costs them nothing at all.

The greater a person’s income, the more likely he or she is to be physically active. This is especially true of men. The survey found that in families earning 25,000 rubles ($400) per month or more per family member, 34% of the men and 30% of the women were involved in fitness and sports.

Children affect the physical activity of parents in different ways

The more children a family has, the less time fathers devote to physical activity and sports, whereas the opposite is true of mothers, who devote the most time to these activities if they have three or more children.

Almost one in three respondents cited a lack of free time as a barrier to physical activity. But is that the case? The study found that work does not interfere: the number of physically active men and women — approximately 32% and 23% respectively — was the same whether they worked more or less than 40 hours per week.

City dwellers are more physically active than villagers: 1.3 times more among men and 1.1 times more among women. Those who live in large cities have greater access to developed sports infrastructure, workout groups and classes, athletic competitions, etc. At the same time, according to the researchers, ‘the size of a city has practically no bearing on the proportion of physically active residents.’ That is, the proportion of physically active residents is not a function of scale — whether a city has more than a million residents or is simply a regional centre — but of whether the person lives in a city or a non-urban setting.