The pursuit of nuclear weapons and material by sub national groups has been an alarming challenge to deal with. This article will examine groups like al Qaeda that are said to have the ability and motivation to pursue nuclear capabilities. This study simultaneously provides an insight into the issues related to the demand for these weapons capabilities and their supply.

According to Daniel Metraux, on the demand side of the nuclear market there are small national groups working with political or religious belief structures that may be stirred to pursue massive devastation. Some of these groups have large financial and organizational resources, together with the physical assets. Some of these groups also enjoye sanctuary either in a lawless grey zone or as guests of the local rulers where they can pursue their plans. On the other hand, in Japan, extensive legal protections for religious organizations operate in a very permissive environment without much state interference. 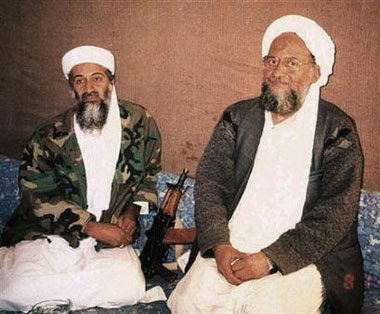 The supply side of the nuclear market indicates that such opportunities to acquire nuclear material and expertise are potentially numerous for such groups or such terrorist organizations.

The A.Q. Khan network revealed that people from inside a state weapons program in certain circumstances, take advantage of their expertise, access, and control over equipment and material for considerable profit and personal benefits. There is also the huge nuclear weapons inventory and production complex of the former Soviet Union (FSU) possessing a vast potential source of supply.

The Russian inventory of nuclear weapons, particularly tactical weapons, remains larger than any other in the world. In its report, the National Intelligence Council (NIC) indicated that Russian nuclear weapons storage facilities are facing vulnerabilities to an extent that an insider can attempt unauthorized actions.

The low funding, lack of trained security personnel, and insufficient equipment for security storing of such material brings Russian facilities housing weapons-usable nuclear material under the constant threat for leakages.

It is therefore recognized by the Moscow that there must be a need for increased security and assistance from other countries that have robust nuclear command and control systems. The interest of some terrorists in nuclear weapons, the potential opportunities for acquiring nuclear weapons or material, and a number of non-traditional weapon designs, some of which may use previously uncontrolled strategic nuclear materials, all highlight the potential for terrorists acquiring nuclear weapons in an unprecedented fashion.

Security briefings suggest that jihadi groups are also close to producing “workable and efficient” biological and chemical weapons that could kill thousands if unleashed in attacks on the West. This is quite vivid in case of Al Qaeda which is trying to secure nuclear weapons, says Barack Obama:

“Al-Qaeda is trying to secure material for nuclear weapons and would have “no compunction in using them”, President Barack Obama warned, as he welcomed leaders for the largest gathering in the US since the Second World War.”

The US president has set himself the mission of convincing fellow leaders from 45 nations that they face the same threat – and to establish a plan to secure every ounce of the world’s nuclear weapons-grade fuel.

According to Williams, former CIA Director George Tenet said that at least two suitcase nukes had reached Al Qaeda operatives in the U.S. “Each suitcase weighed between 50 and 80 kilograms (approximately 110 to 176 pounds) and contained enough fissionable plutonium and uranium to produce an explosive yield in excess of two kilotons.” “One suitcase bore the serial number 9999 and the Russian manufacturing date of 1988. The design of the weapons, Tenet told the president, is simple. The plutonium and uranium are kept in separate compartments that are linked to a triggering mechanism that can be activated by a clock or a call from the cell phone.”

Following is the detailed descriptive and prescriptive analysis of the world’s biggest terrorist organization which allegedly seems to be fully motivated to acquire nuclear capability for terrorist activities.

It is a consensus among the world community generally, and the U.S. particularly, that al Qaeda has actively pursued the acquisition of nuclear weapons. As the director of the Defence Intelligence Agency told the Senate Select Committee on Intelligence on 11 February 2003, “Al Qaeda and other terrorist groups are seeking to acquire chemical, biological, radiological, and nuclear (CBRN) capabilities.” It should be noted that to date there has been no public confirmation by officials that Al Qaeda has actually acquired nuclear weapons, or indeed any nuclear material necessary to build a weapon.

Given their potential power, nuclear weapons are an obvious means to this end. On November, 2001 Al Qaeda announced, that we have chemical and nuclear weapons as a deterrent and if America used them against us we reserve the right to use them.

Al Qaeda’s early efforts to develop nuclear weapons were not impressive. Mamdouh Mahmud Salim, bin Laden’s “top man” on nuclear matters and an early member of al Qaeda, was apparently the victim of a scam involving low grade reactor fuel. According to another researcher, “intelligence sources now believe that criminals sold al Qaeda irradiated canisters purporting to contain uranium stolen from Russian army bases, whereas in fact the contents would have had no military value whatsoever it had been passed to rogue nuclear scientists.” Salim was finally arrested in Munich on September 1998, and extradited to the United States, where he awaits trial.

Al-Fadl testified that in 1993 he was sent to meet a man outside the capital who was selling uranium, allegedly from South Africa. He also testified that he did not know whether the deal ever took place, but that bin Laden was very serious about buying the material. According to press accounts, Osama bin Laden and his associates were tricked into paying for material called Red Mercury, which they believed to be weapons grade nuclear material.

In the mid 1990s, a number of smugglers claimed to have nuclear material that they referred to as Red Mercury, but in most instances the material was fictitious or radiological waste and not weapons grade nuclear material.

Sources alleged that the Taliban attempted to recruit a former Soviet nuclear weapons expert from a Central Asian state, but the plot was disrupted by Russian authorities. Searches of al Qaeda facilities after Operation Enduring Freedom have produced little evidence of much progress in the al Qaeda nuclear weapons program.

Western concerns about the mythical relations between Al Qaeda and Pakistani scientists have been the source of unrest particularly after the 9/11.

It was reported that Sultan Bashiruddin Mahmood, a 38 year veteran of Pakistan’s civilian nuclear program met with Osama bin Laden in Pakistan. But there are no further details regarding this meeting that could inform that this meeting was actually held.

Suleman Assad and Mohammed Mukhtar, two nuclear scientists suspected by the Americans for their involvement with al Qaeda or the Taliban fled to Burma during late 2001 or early 2002 to avoid questioning.

During the course of Operation Enduring Freedom, allied military forces exposed a number of documents related to nuclear weapons. Among them was a weapons design that experts who examined it characterized as unworkable, and other documents suggesting the group was also interested in a (RDD) Radiological Dispersion Device.

CNN obtained several papers from a suspected al Qaeda location in Kabul. Albright concluded that there was no evidence that the al Qaeda had gone beyond theory: “To create a nuclear weapon, he said a designer must learn a whole set of manufacturing steps not mentioned in al Qaeda’s manual and develop confidence in the weapon’s design.”

Other documents suggested a more sophisticated knowledge of nuclear weapons, although they contained mistakes, e.g. references to “Saturium.”

There is not solid evidence that al Qaeda or indeed any terrorist group has acquired nuclear weapons, despite their burning desire.

Brigadier General Yossi Cooperwasser, the former chief of research for Israeli military intelligence said that we don’t have any evidence to support concerns over lost, stolen or misappropriated nuclear devices.

However, while the likelihood might be low, the consequences of the terrorists’ use of nuclear weapons are likely to be high.

On June 2002, an al Qaeda spokesman declared the organization’s intention to kill four million Americans, albeit with chemical or biological rather than nuclear weapons.

The death of Bin laden in Abbotabad in 2011, and the arrest of key al Qaeda’s 53 lieutenants e.g. Khalid Shaikh Mohammed would create significant new hurdles for the group in the pursuit of their nuclear objectives.