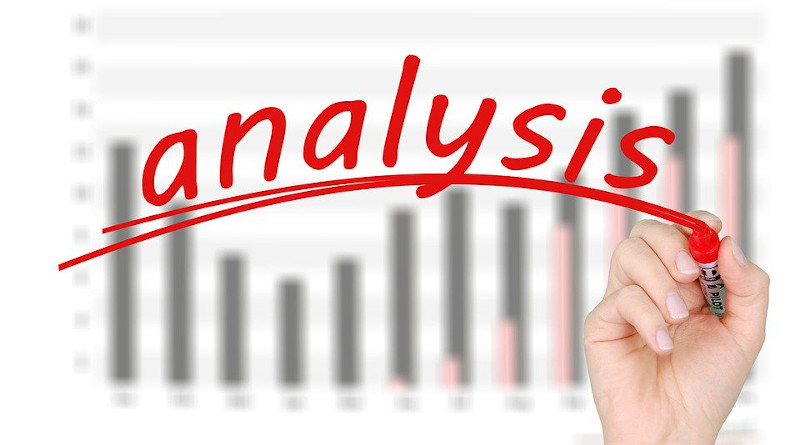 These plans, emphasizing on science and technology, have little to do with the lives of most people and production activities. Of course, there are still people out there who are excited about them, namely the so-called high-tech groups, since it signifies a higher possibility for investors to return to them, which means they are able to continue their technological activities. More importantly, it does not require state investment, just market investment or venture capital is good enough.

After the 18th National Congress of the Communist Party of China, words such as data-driven and advanced technology has become quite the emphasized element in China’s economic development, with the idea of technological governance in China becoming more profound. As it stands, nothing could be further from the truth.

Objectively speaking, science and the advancement of it are considered a form of consumption in richer countries, just like art is to the rich. Of course, science will always make a huge contribution, though it is only after its results has spoken for itself. In truth however, individuals and countries that are poor cannot afford to invest in science, as science requires large financial support, and returns are not always guaranteed. The truth is, there are far more “liars” in the world of science than those in grassroots. Granted, these scientists never had the intention to deceive the public to begin with, though it goes without saying that science is mostly a process of trial and error, which is to say successes are rare and few. Put simply, it means that a lot of expenses would have to be incurred in the process before a breakthrough happens.

That brings us to an important question worth exploring. What is the relationship between science, data, advanced technology and social prosperity? The answer might not be as simple as one may think, and it is unrealistic to think of science as a pathway to wealth.

Tired of the unfounded rumors circulating Covid-19, American scholar Carl Bergstrom criticized the American scientific community and news media for spewing nonsense to the public. He could not be any more right. Science isn’t just about collecting data; it is also how scientifically accurate it can be. More importantly, it is about whether it meets the people, social development and political needs.

A graduate from Harvard and Stanford and the author of Calling Bullshit, Carl claims the world has become more quantity crazed, and that today’s discussions largely revolve around statistics while facts are often downplayed. People are becoming more and more obsessed with numbers and models only.

In fact, we are seeing increasing numbers and statistics portrayed in mass media too. He believed such data worship to be ridiculous. Take forest fires for example. If a forest fire breaks out within your vicinity, are you really only going to be interested about data on the forest area only? Are you really only going to be concerned about whether it’s 100 acres of forest or millions of square miles of national forest burning and nothing else? In reality, the mathematical model is not as scientific as we think. Everyone who possesses a scientific background knows that behind every mathematical model lies an assumption, and that every discovery and conclusion can be tampered easily. The process is very simple, if we play tip the scales of evidence in a certain area, we can easily make out the difference.

Just this year March, the Imperial College of Science and Technology in the U.K. made headlines in the world thanks to their published models that were widely reported in the media. Imperial College’s first model predicted the death toll in the U.S. will reach between 1.1 to 2.2 million if the pandemic is not brought under control, a horrifying scenario. Admittedly, this has caused quite the sensation in the U.S. and spurred a lot of discussions, although partisan differences in the U.S. have greatly contributed to this.

Then, the institution proceeded to provide a model illustrating a different scenario – If the U.S. succeeds in controlling and suppressing the disease, only 50,000 people will die. Again, this has sowed much dissatisfactions among American media and critics, whereby some of them had accused the Imperial College for producing nonsense. The thing is, both outcomes as demonstrated by the Imperial College’s model are accurate, only it is based on two distinctive scenarios. The model merely produced two outcomes pertaining to the same scenario. At the end of the day, it all boils down to how you utilize the model.

A common problem that is well known in the scientific community is that if someone uses a mathematical model to make predictions, it is often difficult for them to write a paper with a half-page long introduction and discussion about the limitations of the prediction. Everyone tends to focus on the good of the model exclusively.

In China, papers and articles written based on theoretical research and mathematical models are published with serious readers in mind. If you’re lucky, you will find no more than 100 of such people in China. In the U.S., under the same circumstances, the number may be no more than 500 people. These readers possess similar backgrounds, they have common assumptions and related knowledge, and received similar scientific training to comprehend such intricate knowledge. The problem lies in that not everyone has such scientific knowledge, and neither everyone has undergone a similar training. When these papers are shown to a large number of audiences, what happens next will become messy; people either feign understanding or turn a blind eye to things.

This bring us to our next question. How can we tell what’s factual and what isn’t?

The society’s current response to Covid-19 is basically the answer to the question. To correctly understand the current prediction and properly distinguish between positive and negative in the pandemic, it is necessary for us to understand the concept of positive predictive value and how the detection of false positives and false positive error rates affect the predicted results, which depends on the incidence of infection in the population .

The fact is if the test error rate is 3% and the overall incidence rate is less than 3%, then most of the positive results obtained are false positives. To explain this simply, the social group is a confusion matrix. The detection of cases is a typical classification task. It is necessary to separate the positive from the negative. If the proportion of the total sample is tiny, the results are casually positive. Obviously, the proportion of false positives will be extremely high. China has a population of 1.4 billion people, and 5% of the population is more than 75 million. What then, is the total number of samples that can be detected? The total number of samples is very small, and testing kits’ accuracy are inconsistent, which leads to a sudden increase in what we call “asymptomatic positive patients”.

At the end of the analysis, what it really is, is a problem caused by lack of comprehension towards scientific data. These are but a mathematical game. For that reason alone. we have repeatedly stressed and urged the Chinese government to pay closer attention and ensure the uniformity of kit standards at all costs.

This is not only happening in China, but in the U.S. as well. The U.S. scientific community has not provided much direct help in controlling the pandemic so far. Perhaps in the future they would be able to contribute via medicine and vaccines, but that has yet to happen. It appears that the politicians in various countries are controlling the pandemic by relying on their intuition instead, and sure enough, they have achieved desirable results, as most countries have already brought the pandemic under control.

Using the U.S. as example, Carl Bergstrom also pointed out another example. A study in New York City shows the percentage of people who tested positive in serological tests was as high as 21%. A scary number indeed, and it troubles the U.S. public opinion. However, the result is also a mistake caused by inadequate knowledge relating to statistics.

The reality is that when a country moves forward in accordance with the data-driven model and a statistical theory to drive the country ’s development expectations, it will shape the future destiny of the country’s new infrastructure too. Expecting China to have developments driven by data is simply unrealistic.

There is no crash course in the way of scientific training, yet many people in China, especially those who lack proper academic qualifications, are delving into statistical science and new infrastructure. The ridiculous notion of a scientific utopia scenario has no place in China at all. A scientific utopia is a huge fantasy boasting 5G, Big Data, artificial intelligence and various new concepts, but all these technologies only benefit a small group of people in a country with 1.4 billion population. While some Chinese might not have any problems prospering, most people’s work have little to do with it and worse, they will be the ones forced to pay the bill. These days, most people in China lack logic, and China’s future economy cannot prosper because only a handful people have good jobs and most do not.

China’s e-commerce’s rise to prominence relates closely to the utopian dream too. While its sales in China totaled to US$ 1.36 trillion, the highest in the world, it came at the cost of crowding out traditional consumption, which means the total consumption has not increased. The 2012’s increase in the proportion of consumption in GDP after the year is due to China’s economic growth that was spurred by the decline of its investment and export. The purchasing behavior and consumption in China’s youngsters remain the same, that is because they occupy the consumption of China’s elderly population, creating a false impression of prosperity. Prosperity always comes at a price, false prosperity even more.

China is a huge country, for it to become truly prosperous, it needs to take things seriously, and cultivate the spirit of development.

As a large country with a huge population, obvious differences in education, and significant regional diversity, China’s economic development simply cannot follow a data-driven model. China should believe in science and develop science and technology, but that does not mean blindly following the path of a scientific utopia.