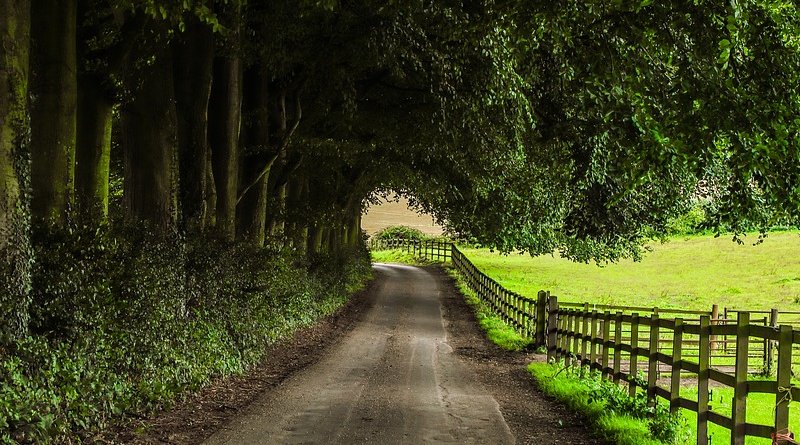 Climate change could cause abrupt shifts in the amount of vegetation growing in parts of Great Britain, new research shows.

The University of Exeter studied the country in high resolution, using models to examine the local impacts of two climate change scenarios at 1.5×1.5 km scale.

It found that even “smooth” climate change could lead to sudden changes in the amount of vegetation in some places.

Most such changes were increases, caused by factors such as warmer, wetter conditions and more CO2 in the atmosphere fertilising plant growth.

Elsewhere, warmer conditions could cause soil to dry out, reducing plant productivity and decreasing vegetation rapidly.

“The general expected trend towards warmer, wetter weather is likely to cause an overall increase in vegetation in temperate places like Great Britain,” said Dr Chris Boulton, of the Global Systems Institute at the University of Exeter.

“However, we wanted to find out whether even ‘smooth’ climate change might lead to abrupt shifts in vegetation.

“A lot of research has focussed on ‘tipping points’ in large systems like rainforests and oceans.

“Our study doesn’t predict abrupt shifts across the whole of Great Britain – 0.5-1.5% of the land area depending on the climate scenario – but it shows numerous shifts can happen on a localised level.”

The researchers used a new method for identifying “abrupt” shifts to look for sudden changes in the total amount of carbon stored in vegetation over a short period of time.

“We also find early warning signals before some of the abrupt shifts. This is good news as it shows the potential for being able to predict them in the real world,” said Dr Boulton.

“Up to now, climate-driven abrupt shifts in vegetation have been rare in Great Britain.

“Our results should not be taken as specific predictions of where abrupt ecosystem change will happen.

“But they serve to illustrate that it could happen across Great Britain in a changing climate.”