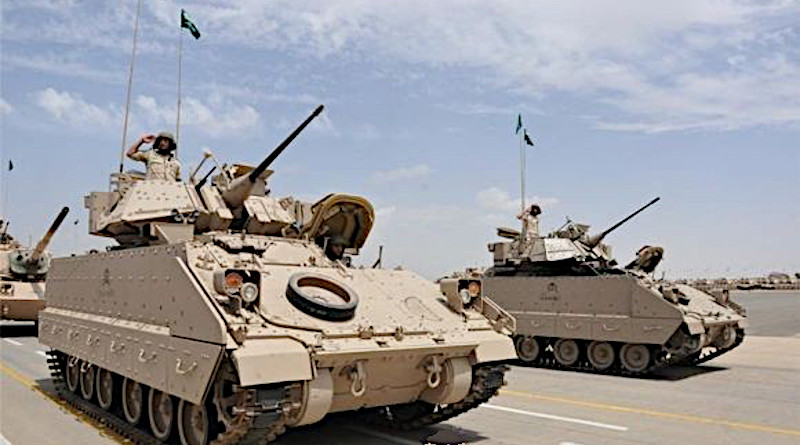 US forces maintain “strong capabilities” in various regional operations, including air defense, to deal with any emergencies related to Iran, Robertson was cited by the paper on Thursday.

Earlier in May the US removed two of its Patriot missile systems from Saudi Arabia.

But Robertson said this was about relocating, rather than removing.

“The Department of Defense is doing routine work in managing its power around the world,” he explained

“In light of the current global crisis, some of its equipment and forces are being rotated to address emerging threats and maintain preparedness.”

“We continue to work with the international community and the Saudi armed forces to strengthen regional air defense capabilities,” he said.

“This is a multi-lateral and long-term effort, as the US-Saudi defense partnership is long-term. And includes a group of cooperation to include the fight against terrorism, maritime security and air defense,” he said.

Washington aims to maintain its ability to increase its forces in the region in a short time, the US Naval Commander said.

The statement came shortly after the US and Saudi forces conducted a routine and joint sustainment training on and around Karan and Kurayn islands this week.

The training follows a training program that took place from April 20 to 22.

Commanding officer, Col. Trevor Hall said the US appreciated Saudi Arabia for allowing the US navy to train on these islands.

“Being able to train on these islands allows our team to expand upon our previous training by adding capabilities and assets from our partners in the region. The ability to plan and operate with other forces supports our ability to rapidly deploy aviation, maritime, and ground combat elements – all from over the horizon – at a moment’s notice in order to support maritime security, freedom of navigation, and the free flow of commerce,” Hall said.

The Saudi and US naval forces carried out deck operations, underwater beach surveys, maritime patrolling, boat lane security operations, and will establish a forward arming and refueling point for aviation assets to refuel.

“These islands in the Arabian Gulf provide our Navy-Marine Corps team an ideal setting to prepare for a wide range of operations, while exercising seamless integration with our highly qualified partners,” said Capt. Lance Lesher said.